During an interview on Fox’s “America’s Newsroom,” Fleischer, who served under former President George W. Bush’s administration, said that gun control is one of the issues at the “core” of the Democratic Party.

“I think this is going to be an issue that breaks the Senate,” he said. “It is so deep and fervent inside the Democratic Party that gun control is the answer.”

Fleischer went on to predict that Senate Democrats will “break the filibuster over this,” adding, “I don’t think they have any choice.”

“The base demands it, they demand action, they say thoughts and prayers are not enough,” he continued. “They’re going to try to get through whatever they can get through on 50 votes, and this will be the issue that they challenge the filibuster over.”

Co-host Bill Hemmer pointed out opposition to nixing the filibuster among moderate Democrats, particularly Sen. Joe Manchin (D-W.Va.), who told CNN on Tuesday that he would still advocate against it even if removing the rule would allow the passage of his bipartisan bill with Republican Sen. Pat Toomey (Pa.), which requires background checks on armed sales at gun shows and over the internet.

The bill goes short of mandating background checks in private transfers of firearms, which the broader House gun reform bills have included.

“Manchin is always an open question,” he added. “I’m not sure I would take him at his word, particularly when the pressure mounts on the core issue that defines the modern day Democratic Party.”

Fleischer’s remarks come amid growing support among Democrats to eliminate the 60-vote filibuster needed to end debate on legislation. Ending the practice would return the Senate to a “talking filibuster,” in which senators need to physically be on the floor to block legislation

Senate Majority Leader Charles Schumer (D-N.Y.) has pledged to put forth a series of bills on the floor, which will likely force Democrats to take a position on removing the filibuster in order to move forward their desired policy proposals in the face of Republican opposition.

President Biden on Tuesday called on Congress to enact meaningful gun control legislation, including a ban on assault weapons and high-capacity magazines, as well as closing loopholes in background checks for firearms.

Biden’s call for further reforms included a demand that the Senate “immediately pass” two bills approved by the House earlier this year that would expand background checks on gun sales, and Schumer has vowed to take action on the legislation.

Other lawmakers have signaled that they would support removing the filibuster in order to move forward a range of other legislative reforms.

"All-out opposition to reasonable voting rights protections cannot be enabled by the filibuster; if forced to choose between a Senate rule and democracy itself, I know where I will come down," King wrote in an op-ed for The Washington Post.

Fake news. Take a poll of RATS to see if they would enjoy confiscation.

This is the hill to die on.

The Democrat Party wants to rule in the same manner as does the Chinese Communist Party.

And for the same evil reasons.

They won’t be able to get a majority in the Senate for gun control, or ending the filibuster.

Hopefully...The slow boil is working to put the people to sleep.

When gun violence increases exponentially after the try to take lawfully owned firearms away what will they do?

The outcome of the 2020 Presidential election was “the hill to die” on; but unfortunately the MAGA leadership choked. Its as if Andrew Jackson gave up trying to keep the British out of New Orleans on January 8, 1815.

of course they will. Biden has already endorsed it.

ever since Obamacare Dems have no reason to fear the ballot box. nothing that is passed is ever repealed in this country and SCOTUS has self-neutered judicial review. Trump and Congress had 2 years to act on a whole host of issues but instead they yielded to the filibuster.

if you were a Rat why would you NOT pass everything on your wish list and then dare the GOP to repeal it?

The Filibuster was dead when the gop let Georgia steal the election from President Trump
If anyone thinks they can count on manchin, I have some oceanfront property in Arizona for them

When gun violence increases exponentially after the try to take lawfully owned firearms away what will they do?

They don’t care. They’ll just ratchet up the rhetoric for the next wave of gun confiscations..

The only reason the rats would nix the filibuster
is if they believe they will never again be in the minority.

And that should frighten us all.

The election was a very close second place for the hill to die on but honestly, I didn’t know if we had the full story of what happened there. Yes there was cheating but was it enough to flip the entire election. Lot’s of issues, very muddy.

Dont get me wrong, I think there was massive cheating and Trump won in landslide.

That said, the Dems eliminating the filibuster is a fact, there is no question what they are about to do. It’s black and white. And if they do it, many sacred rights, including the right to bear arms, will end.

So they are going to pretend they didn’t repeal the filibuster and only temporarily repeal it every time it gets in their way.

That way if the Republicans ever regain control the filibuster will still be in place for the minority party.

14 posted on 03/25/2021 3:36:07 PM PDT by E. Pluribus Unum (Anti-racism looks suspiciously like racism.)
[ Post Reply | Private Reply | To 1 | View Replies]
To: RandFan; null and void; marktwain; Travis McGee; Diogenesis
[“It is so deep and fervent inside the Democratic Party that gun control is the answer.”]

Well, it certainly worked in 1939. It was the answer that allowed a certain WWI corporal to move ahead with his Satanic plans. 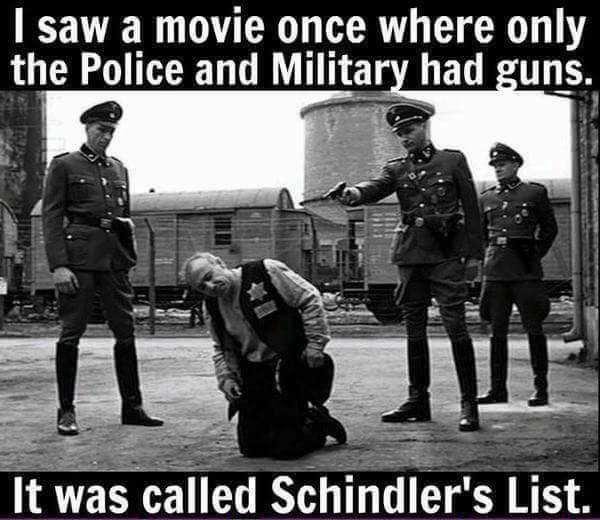 Shut up with your gnosticism Ari, you Globalist.

16 posted on 03/25/2021 3:49:02 PM PDT by cowboyusa (America Cowboy up!)
[ Post Reply | Private Reply | To 1 | View Replies]
To: lakeman
When gun violence increases exponentially after the try to take lawfully owned firearms away what will they do?

While they are in power and well protected, this is exactly what they are pushing.

They have already doubled down and stole an election and made you wear a face diaper while doing so.

How much more humiliation will you stand? Only waits to be seen.

When will men realize they are meant to be doing what are creator asked of us.

“Be fruitful and multiply, and fill the earth, and subdue it; and rule over the fish of the sea and over the birds of the [sky and over every living thing that [moves on the earth.”

We alone accepted the forbidden fruit. 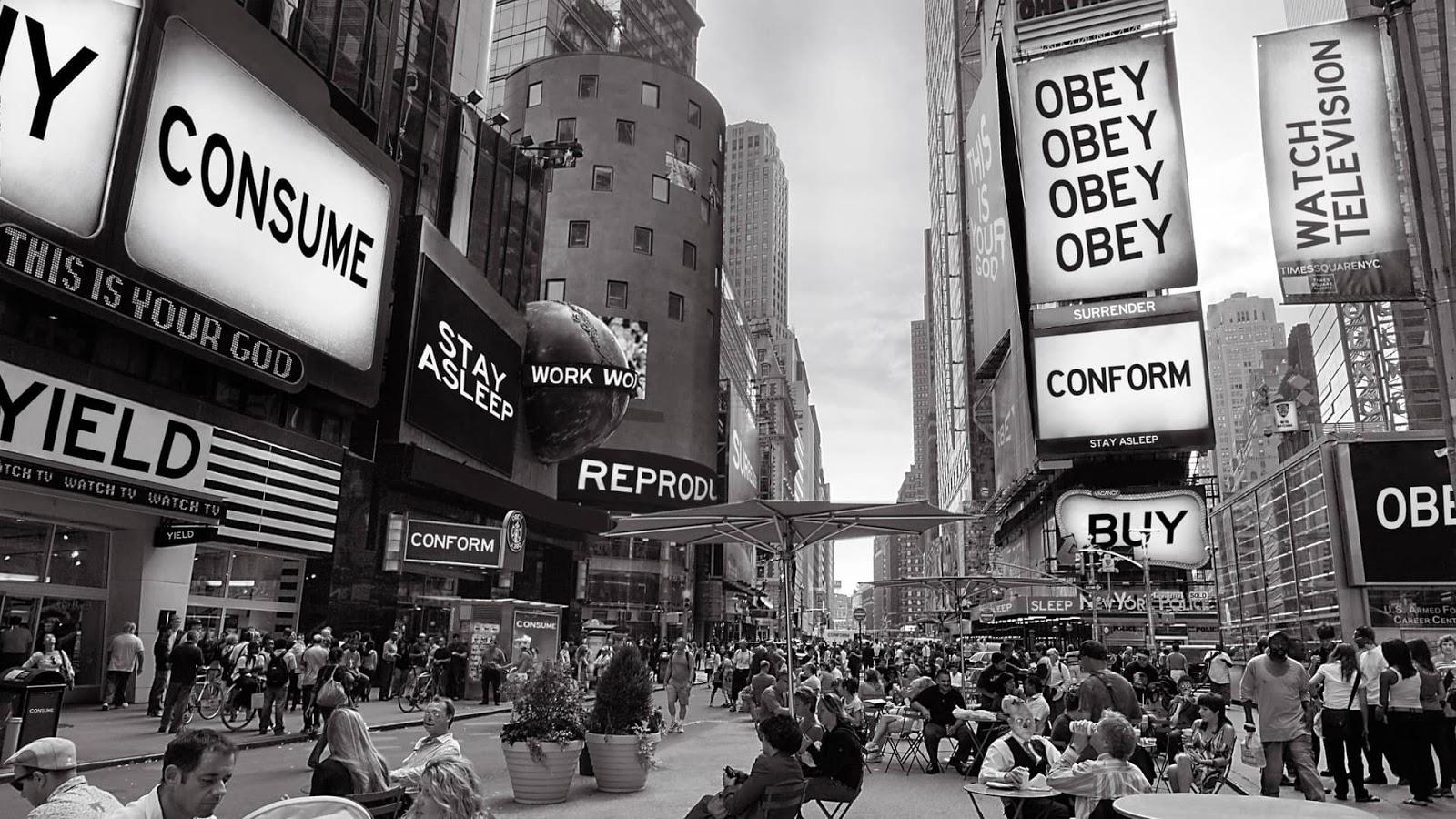 “When gun violence increases exponentially after the try to take lawfully owned firearms away what will they do?“

There’s not a lot of street crime in communist societies. What will they do? They will continue to keep us on the path to communist utopia, where the street thugs, law abiding, children, everyone is under the same communist thumb. We and they WILL comply.

19 posted on 03/25/2021 3:54:16 PM PDT by hardspunned (former GOP globalist stooge)
[ Post Reply | Private Reply | To 7 | View Replies]
To: italianquaker
The Filibuster was dead when the gop let Georgia steal the election from President Trump If anyone thinks they can count on manchin, I have some oceanfront property in Arizona for them

Or Manchin votes against changing it, but Romney, Collins or Murkowski vote for it to give the Dems a win.