At least once every few days, I go to the Twitter account of Alex Berenson to see what he has been reporting regarding Covid-19 and the potential side-effects from the two major vaccines now available.

Berenson is generally described as a “Former New York Times reporter and New York Times bestselling novelist.” To be sure, he has done truly exceptional reporting regarding both the virus and the vaccines. Well balanced, well researched, and honest.

If the Pulitzer Prize had not devolved into a meaningless ideological award for only the far-left – which it did well over two decades ago – Berenson would most certainly be deserving of consideration. But the fact that he now offers up opinions and facts – at least with regard to the virus and vaccines – which run counter to many in the liberal mainstream media, academia, science, medicine, and Big Tech, he has become a bit of a pariah to those who formerly embraced him as “one of their own.”

In full disclosure, as one who has written a number of pieces on the virus, I reached out to Berenson about eleven months ago. He was nice enough to get right back to me, thank me for touching base and said he would get back in greater detail later.

He never did. Even after I reached out with a compelling update.

One plausible reason of course being that he does write about the virus – and now the vaccines – every single day with often multiple tweets and is simply too overwhelmed to get back to anyone. Berenson has also turned his reporting on the virus into a cottage industry publishing two bestselling booklets and seemingly making a very handsome profit as a result.

Occasionally, within the desperately needed information Berenson offers up about the virus, he would sneak in a tweet or two about his now just released novel titled: The Power Couple. As an author who has sold a microscopic amount of books compared to the mega-bestselling Berenson, I don’t blame him one bit. With over 200,000 followers on Twitter, it would be author malpractice not to mention his new novel at least once every few weeks.

But then, a funny thing happened on the way to Berenson’s latest bestseller coronation. As he himself recently reported on his Twitter account:

“This is a NOVEL. It has nothing to do with Covid, and I wrote it in 2018 and 2019. But elite media attacks on anyone who disputes the preferred narratives (on Covid or anything else) are now so fierce that even fiction apparently may be at risk…I would expect to get a little bit of attention – a profile here, a review there…but NOPE. NOTHING. Since they can’t cancel me or TPC, the elite media has simply decided to ignore me and the book.”

My response to that is: “Welcome to the world of conservative authors, Alex.”

Prior to Berenson’s excellent reporting and writing about the virus which did make him persona non grata to many on the left, he was seemingly embraced by them for years. He went to elite schools, worked as a reporter for the far-left beloved New York Times, and associated with those in the progressive bubble. That perception and protection served him well for all of his previous bestselling novels.

Conservative writers and authors have no such protections, connections, or special privileges. All the opposite in-fact. We are demonized and censored from jump-street. If we do happen to get a review, the quality of our novels is often deliberately ignored while we are blasted for our perceived political views.

Berenson is experiencing this treatment now after over 10 massive bestsellers and more money earned from one book than most Americans will see in a lifetime. Me and every “conservative” author get the censorship-attack treatment every single time and have to fight for every single book sale.

Last July, my publisher released my latest novel titled: The Dawn of a Nazi Moon: Book One. It had highly acclaimed blurbs, was based on shocking information I came across while working at the Pentagon, had a great publicity team behind it, but was still dead on arrival. My publisher informed me that despite the fact that a number of characters in the novel were “progressive” -- including the Hispanic-American female President of the United States -- because of the “Woke” times we were experiencing coupled with my “conservative” background and the word “Nazi” being in the title of an Anti-Nazi novel, previously booked interviews were canceling on us left and right.

As Berenson has long-known, the book publishing world – like the media, entertainment, and academia – is almost entirely controlled by the left. As such, they do reject, censor, and belittle opinions and authors which run counter to their liberal, elite-entrenched lifestyles.

I took a quick look and could not find any evidence of Berenson speaking out against such discrimination and censorship of conservative authors when he was a “Liberal-approved,” high-flying New York Times bestselling author.

Berenson has done a tremendous service to us all with regard to his non-stop research and honest writing regarding the virus and vaccines. Now that the left has petulantly decided to punish him via censorship of his new novel, maybe he can do some in-depth reporting on a contagion conservatives have fought alone for decades. It’s never too late to call out discrimination. 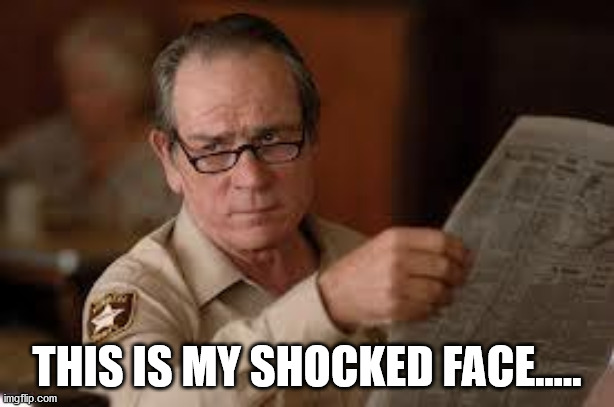 He’s shocked by the assault on conservative commentary? That’s a lie. He’s complicit along with every other dirt bag liberal. They know full well what’s going on.

“He’s shocked by the assault on conservative commentary? That’s a lie. He’s complicit along with every other dirt bag liberal. They know full well what’s going on.”

He’s a FORMER NYT reporter. He’s taken the red pill. So, basically, another conservative is shocked at how evil the left has become.

Berenson is a good read on Twitter. I found him interesting as he was elevating relevant questions on aspects of the ChiCom Virus.

Twatter is like a weird ghost town these days. Everyone right of center has dwindled as their followers are censored, suspended or gone.

A piranha is fine with the other piranhas until they decide to take out one of their own.

“A piranha is fine with the other piranhas until they decide to take out one of their own.”

I would give Alex a bit more credit. In the end, I believe his objective attitude towards the news and events of the day was stronger than his political dogma.

He is honest and is one of the strongest “journalist” out there about the “pandemic”.

I wouldn’t buy any book with Nazi in the title which just shows how political the book will be.

How can anyone be shocked by progressive censorship? It isn’t a new thing. It’s been going on for quite a while now. Being shocked could only happen if you just found out about it.

Meaningless ideological award for only the far-left