Japan reported 13 deaths and hundreds of hospitalizations in the past week due to the intense snowfall in the country. Residents in Spain were in awe over the record snowfall in their streets. Here in India, Delhi experienced one of its harshest winters in recent memory, with intense cold waves.

Does this disprove global warming? Certainly not! However, the extreme cold events bring about questions over the media narrative that climate change is causing milder winters and temperatures increasing to dangerous levels.

The most worrying aspect is that these extreme cold events are a reminder that we could be in great danger if our governments continue to adopt climate policies based on faulty forecasts and unreliable renewables. Here is why.

My visit to Delhi this December was quite memorable. The city was going through an intense cold spell. Minimum temperatures during the months of October, November, and December broke many records.

At just 2 degree Celsius, India’s capital city experienced one of its coldest winter mornings on January 14. Srinagar in Jammu and Kashmir recorded a low of minus 8.4 degree Celsius, the coldest in 30 years.

It was no surprise to the residents, though. The previous winter (December 2019) broke 100-year records. Intense cold has become a norm in the past couple of years.

In the U.S., record cold and snow events were registered across the country this year. In Spain, historic cold temperatures sent the mercury to 20-year lows. Over in Siberia, Russia, and Japan, the story was no different. Beijing recorded its coldest January 7 since the 1960s.

These cold events must be analyzed with due consideration to the multiple climatic factors that may be influencing them. The sun’s activity, earth’s rotation, changes in the magnetic poles, Arctic cold blasts, and many other factors all help determine regional and global weather patterns.

Hyped Climate Doomsday Theories Do Not Come to Pass

So, while these record cold and snowfall events don’t disprove global warming, they do inform us that real-world cold snaps and snowfalls differ considerably in both intensity and frequency from the classic global warming/climate change narrative.

Al Gore, for example, claimed that the summers in the Arctic would become ice-free by 2015, but that hasn’t happened. Likewise, scientists predicted that snow would be a “thing of the past” and that our children will not know what snow is. But since 2017, there have been historic snowfall events across the globe, including those in New York and the recent ones in Spain and Japan.

Hot and cold weather events may occur anytime. Though there has been a gradual increase in global average temperatures since the 18th century, that doesn't mean the future will be intensely hotter than before, or that our winters will be milder. None of the computer climate models have been able to predict the temperature variations with accuracy or the onset of cold or warming events.

Don’t Bet Your Future on Renewables or the Climate Models

The unfolding of cold weather events and the failure of climate prophecies should help us frame the future course of the energy sector. Wind and solar generate little or no electricity in cold conditions. That means economies will still need reliable energy from coal and oil, no matter how many wind and solar factories we built.

This was evident during the recent extreme cold events in China and Europe, where the wind and solar networks could not generate electricity. To make things worse, the extreme cold caused significant energy demand (for heating), making utility providers scamper to generate more electricity from weather-proof coal plants.

Beijing’s only coal-powered plant resumed operations in December to meet the increase in energy demand. Beijing stated that “The (latest) historic peak load came as extreme cold weather increased demand for electricity-powered heating facilities, which account for 48.2% of total load.”

In simple words, countries should not bet their future on renewables. Even in summers, both wind and solar are unreliable and expensive. Besides causing an unnecessary rise in electricity prices to the consumers (as proven in Germany and California), they also act as a burden to grid functionality. Despite this, wind and solar have been receiving subsidies on taxpayers’ expense and hailed as the future of the world.

Don’t be silly, climate change is a huge threat to us, and most likely the galaxy. We will need to give government lots and lots of money to fight this beast. /s

Britain’s weather ends tomorrow with further indications of a striking environmental change: Snow is starting to disappear form our lives. Sledges, snowmen, snowballs and the excitement of waking to find that the stuff has settled outside are all a rapidly diminishing part of Britain’s culture, as warmer winters – which scientists are attributing to global climate change – produce not only fewer white Christmases, but fewer white Januaries and Februaries.

Global warming... Average temperatures in Britain were nearly 0.6Â°C higher in the Nineties than in 1960-90, and it is estimated that they will increase by 0.2C every decade over the coming century. Eight of the 10 hottest years on record occurred in the Nineties.

However, the warming is so far manifesting itself more in winters which are less cold than in much hotter summers. According to Dr David Viner, a senior research scientist at the climatic research unit (CRU) of the University of East Anglia,within a few years winter snowfall will become “a very rare and exciting event”.

“Children just aren’t going to know what snow is,” he said.

Pretty mild so far in the Sierras this winter. Still, humans don’t control the cycles the earth goes through. Dumbasses!

PREDICTION: 2021 will be pronounced as yet another HOTTEST YEAR ON RECORD! 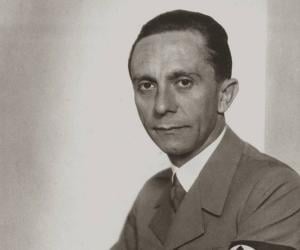 Would I lie to you?

You can't disprove a phenomena that has no basis in reality outside of natural variability.

I hate articles that use Celsius temperatures. Reminds me of high school and those stupid metric conversion charts that we never ended up needing.

The US has had a mild and relatively snowless winter.

No, it won't, La Nina is making sure of that. So instead they will switch to hottest year ever in Africa or something like that.

The climate IS changing.
It has ALWAYS been changing.
It always WILL be changing.
Man’s part of the change pales in comparison to those of nature.

FWIW, it’s snowing outside now ever thought the temperatures are sl above freezing. I’ve seen it snow at 40 F regularly.

Cold air is very dry and snow is unlikely then.

The reason the Antarctic is covered with ice is not because it snows so much. It doesn’t.

It just never melts as the temperatures, especially in the interior, never get above freezing. And even along the coast, where the temperatures can get that high, all that means is increased snowfall amounts.

For the Antarctic to make any progress in melting, it would have to be warm enough for long enough to melt the current ice cap and the additional snowfall accumulation.

In a part of the planet that is losing more heat than it takes in for at least half the year because it essentially never sees the sun, it isn’t happening.

Of course not, it proves Global Warming.

“Pretty mild so far in the Sierras this winter.”

Same here in Virginia.
Never mind snow, frost has been infrequent this year. Winds have been gentle and from the SOUTH, not the normal northern freight trains bringing plunging temps and snow.
Haven’t had to Don the thermal undies once so far.

“Still, humans don’t control the cycles the earth goes through.”

When the Almighty threw this old mud ball together He set up a finely tuned system that humanists just hate because, by itself, it lays bare their most basic beliefs.

If all the leftists would just hurry up and kill themselves, this climate change thingy would get fixed real fast!

I wonder what is the latest on Sun spots? For those who don’t know, the Sun is that big yellow ball in the sky that has a dynamic affect on every planet in our solar system.

I can remember when the ice age was coming...