Fresh on the heels of the Sacramento Bee's criticism of Gavin Newsom's multi-family extravaganza at the famous French Laundry, a swanky $350-a-person-before-the-wine-is-ordered restaurant in Yountville, California, and after having his wrist slapped by the state Judiciary for exceeding his constitutional authority in issuing emergency lockdown orders, he's decided that he really doesn't care what the plebs of his state think or what the law says about his executive limitations.

He's locking the state down again. The reason, as he and the media would have you believe, is that California is experiencing a surge in positive COVID-19 tests, having just crossed the one million mark in cases. You're supposed to focus on that big, scary number and not Gavin Newsom's blatant hypocrisy or his unlawful executive overreach, and certainly not the many questions swirling about the looming prospect of the Trump legal team's potentially exposing massive election fraud, which could have an enormous impact on the future of our republic. Nope, cases are rising, and we're at a million in California, so it's time to pull the "emergency brake" and make California miserable again.

The recent surge in cases might serve as pretty convincing evidence that the stupid rags we've been forced to wear over our faces for the past months don't actually do anything to prevent the spread of COVID. It certainly doesn't suggest that there's any legitimate reason for another lockdown in California.

If the criminals gain the WH they will use the cloward piven strategy, overwhelm the system into collapse leaving us no where to turn but the saviors the globalists and china.and a new EU is born!

2 posted on 11/18/2020 5:05:41 AM PST by ronnie raygun ( Massive mistakes are made by arrogant fools; massive evils are committed by evil people.")
[ Post Reply | Private Reply | To 1 | View Replies]
To: Kaslin
https://www.foxla.com/news/fox-11-obtains-exclusive-photos-of-gov-newsom-at-french-restaurant-allegedly-not-following-covid-19-protocols

LOS ANGELES - FOX 11 has obtained exclusive photos on Tuesday night of Governor Gavin Newsom allegedly eating at the French Laundry restaurant in Yountville, California at a dinner party he attended on November 6 not following his own COVID-19 protocols he set forth for the state.

On Monday Newsom apologized for what he called ‘a bad mistake’ in attending a birthday party that broke the very rules that he has been talking about to slow the spread of the coronavirus.

He has suffered severe political backlash since it surfaced Friday that he and his wife attended the party with a dozen friends at the French Laundry restaurant in wine country north of San Francisco. 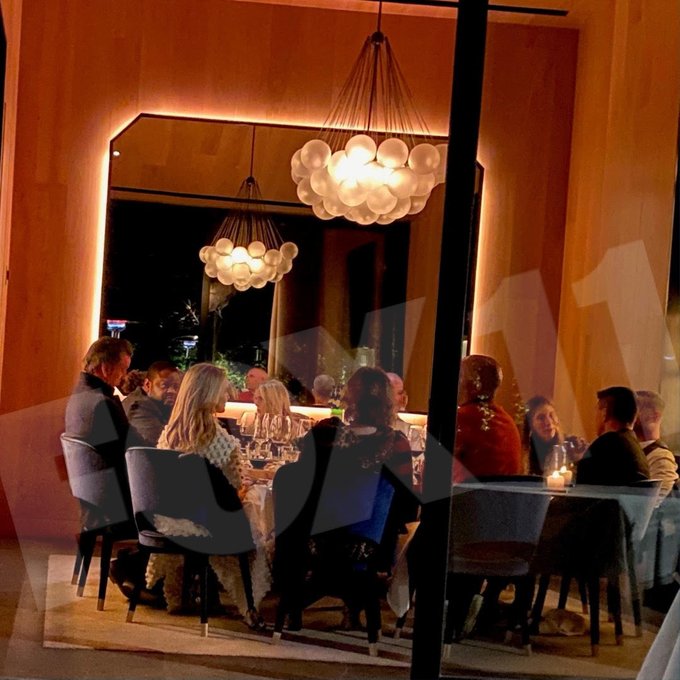 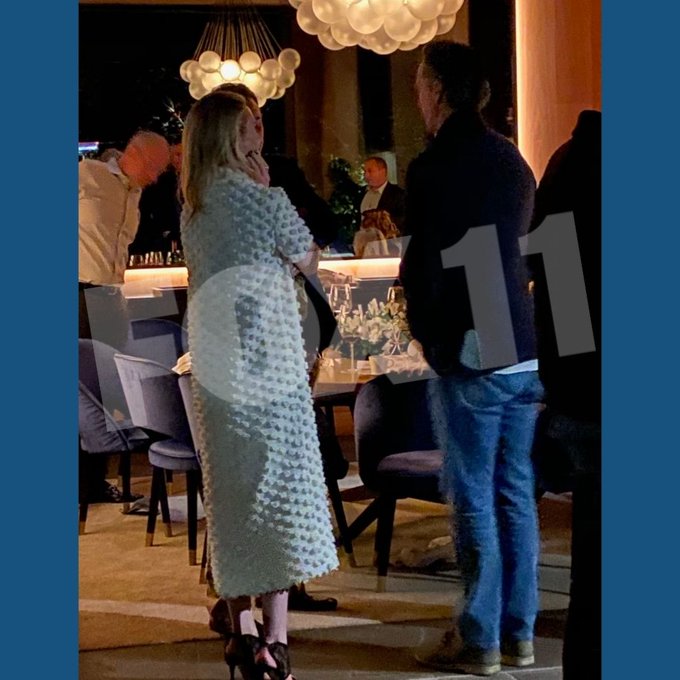 Absolutely right on the money. We are witnessing it play by play.

The PCR test produces up to 90% false positives. What is a case? Does the person have ANY symptoms at all? Many people that test PCR positive have NO symptoms, even during the whole 14 day quarantine period. It is time for this to stop. Please make people aware of the false positives for this PCR test.

I think I just saw a pig fly by my window.
An overwhelming success in ending the pandemic in record time. This from CNN, no less, who singlehandedly engineered the media narrative before the election what a failure the unmasked Trump was in personally killing 200,000 plus with his magic unlocked down covid ray run. File this one under the be careful what you wish for file Methinks they are getting nervous realizing the candidate they were instrumental in getting elected does not have a clue how to distribute the vaccine nationally under the Trump warp speed distribution plan which has the military taking the lead in this strategic warp speed last leg. Biden, who claimed to have a national covid plan, apparently involving the best color mask to wear during mandated lock downs in your prison basement, was complaining yesterday that he does not know how to do it, and whining Trump will not instruct him how to do it. lol

Because those same plebes continue and will continue to vote him in and give him high approval numbers.

He has nothing to worry about and can do whatever he wants.

Ditto for Adam Schiff (I live in his district, unfortunately) who just won re-election with ≈ 70% of the vote.

Notice that the emphasis is on “cases,” but there’s no mention of deaths. Here in Orange County, Calif. there were about 350 new “cases” reported yesterday but no deaths. The daily death toll in the past several days has been in the single digits.

In this county, with a population of about three million, the pandemic has killed around 1,500 since it began.

They’re doing it here in Colorado too. Ours starts Friday in Boulder county. I asked my wife ‘so the virus gets here Friday?’. She doesn’t understand why I don’t believe governor Polis’ who wants to be Gavin Newsome. Polis has destroyed his emails with the Colorado Department of Health and so have they. He has no proof of anything and they are enabling him. I’ve never seen such corruption in my life.

Still only know of two people who had Wuhan over the last 9 months.

12 posted on 11/18/2020 6:03:31 AM PST by jetson (chiwowa)
[ Post Reply | Private Reply | To 1 | View Replies]
To: A Voice
Newsom is as vile a person as a human can possibly be. Notice that a note of excitement -- arguably a lisp -- breaks through his irritating gravelly voice whenever he inflicts additional pain, suffering and misery on 40 million American citizens who have the misfortune of living in this once-great state.

And all the while while this creature continues to shred the U.S. Constitution the federal govenment stands mute ....

This “massive spike” in Covid is the start of their push for mandatory vaccination...

This is also an attempt to crash the stock market and the recovering Trump economy...

President Cameltoe will only see the economy sink under her massive tax increases and redistribution schemes...

Who Is Gavin Newsom?

Gavin is the latest prop of elite families who are running the State of California and Democrat Party.

Gavin has ties to the Brown, Pelosi and Getty families that dates back at least three generations. The media tries to paint Gavin as coming from humble beginnings, but that couldn’t be further from the truth.

Gavin is a fourth-generation San Franciscan, and comes from a politically well-connected family. In fact, much of the wealth, power, and connections have been kept closely knit between one another. It is rare that power has left this circle of friends/family.

In fact, California has been ruled by these people for generations, and their influence has only been growing.

The PCR test produces up to 90% false positives. What is a case? Does the person have ANY symptoms at all? Many people that test PCR positive have NO symptoms, even during the whole 14 day quarantine period. It is time for this to stop. Please make people aware of the false positives for this PCR test.

A family we know, could be a family of past and current jocks. The parents are in great shape.

Their teen girls are outstanding athletes.

They believe that their oldest girl, who was in college was exposed before the college was shut down. When she came home, it was recommended that she and her family be tested.

The whole family was diagnosed with the PCR test as Covid positive.

No one had temps or symptoms. They were Quarantined for 2 weeks.

If the president succeeds in winning his case on election fraud with SCOTUS or the state legislatures, expect massive new lockdowns in Democrat states and cities. I mean “Stay in your house or else!” lockdowns. Not to mention riots like we’ve never seen, and of course the collapse of the stock market.

Buckle down, it’s going to get really nasty. And pray...

“Still only know of two people who had Wuhan over the last 9 months.”

We know of only two! The mother of a female in law died in a NJ nursing, home after, she was dumped back into the NH after the hospital discovered that she had CV 19.

The number of false PCR positives resulting in quarantines, 10. None of these people had fever or any other symptoms.

I probably had this virus a year ago pre Thanksgiving and probably gave it to 50 year old son. He was sick and missed more work in a few weeks than his entire adult life.

Either that son or I might have given the virus to my 19 year grandson. He was sick for a few days and is never sick.

None of our female relatives had any symptoms.

We have two clusters of relatives/friends back east of here. One in the mid west and one in the southwest. A lot of relatives and friends of ours and the relatives have a lot of friends.

There is one documented case of CV-19 in the mid west cluster. He is a 50 something artist and has never taken care of himself. He was being treated at his home.

There are zero documentations on any CV-19 in the SW cluster, and zero cases in our N. California/West Coast cluster.

Debarked Feb. 22 from a 17-day Panama Canal cruise with five other friends - all of us sick. Flew home from San Diego-Portland, went to my doctor who diagnosed me with bacterial pneumonia. I was miserably sick for three weeks, so were my cruise friends. We all got diagnosed with different things: bronchitis, sinus infection, pneumonia, etc.