It was Obamacare-mania over the past few weeks. The Senate hearings over the nomination of now-Justice Amy Coney Barrett were dominated by President Barack Obama’s signature domestic achievement. Now, it’s not totally out of the left field as the Supreme Court will hear arguments that could gut the law a week after the election, but it goes to the whole notion that Democrats think the judiciary is a separate legislative wing. They wanted to hear what ACB thought about health care, abortion, and gun rights as if she’ll legislate from the bench. That’s what left-wingers do.

Right now, Joe Biden and the Democrats are both touting Obamacare and trying to sell Bidencare. It’s nothing special. Bidencare the original iteration of what Obama pitched when he was president. It’s Obamacare with the public option. Keep in mind that this was a poison pill. Obamacare would never has passed with the public option attached to it. And this occurred when Democrats controlled the House and Senate; they had 60 seats in the upper chamber.

So, for all the Obamacare peddlers, take a seat and read this op-ed where a father explains how Obamacare made their situation worse, it cost them their health care plan they loved, and it left his daughter virtually without health insurance as she fought cancer. Hellfire comes down upon Obama’s health care initiative (via NY Post):

Joe Biden has been running an ad in which he says he can’t imagine what it would be like to have a child with cancer and no health coverage. I don’t have to imagine. Under the health “reform” championed by Biden when he served as President Barack Obama’s vice president, I live that reality every day.

Twice over the past three years, ObamaCare has had no plans to sell us that covers little girls ravaged by cancer or recovering from that ordeal — and it might leave us floundering again.

In November 2015, my wife got the most dreadful call a parent can get. The doctor knew why our daughter Colette, then 2 ½ years old, hadn’t been feeling well: Blood work had revealed leukemia.

Thanks to ObamaCare, we were already in financial straits. In 2014, the law had eliminated a great plan we had had for years. Before ObamaCare went into effect, the private marketplace offered us a wide menu of relatively inexpensive plans that covered specialist care, even out of state.

Afterward, however, all that was left were increasingly costly plans with fewer benefits. Premiums swelled. In 2017, I took my family into the ObamaCare marketplace to escape at least the crushing premiums.

To solve the inherent instability of ObamaCare, the state could just take over all medical facilities. It’s called single-payer. But then we would all be at the mercy of the same government bureaucracy that has been working for years to slowly kill my daughter.

And that has taught us a lesson. Turns out there is a nightmare worse than one’s watching cancer brutalize one’s little girl. It’s having Obama’s law — which his vice president rightly claims as his own — collude with the disease against her.

Obamacare was pitched as a law that would cut costs and save over a trillion dollars over a ten-year period. Not the case. Obama also said if you liked you plan you could keep it. Another lie. Even CNN reported that the law was unaffordable for the middle class. The endless stream of stories of rising premiums also marred the law. Yet, that’s the sick irony. Obamacare was never supposed to work. It was meant to serve as the basis for single-payer, which Joe Biden hasn’t really jumped on, much to the dismay of folks like Bernie Sanders. Medicare for all, single-payer—that’s the overall goal. And it would take a massive jump towards becoming a reality if Joe Biden wins this election.

Get out and vote Republican.

It’s a hard lesson learned. Always believe a DemonRat when he tells you, “My plan won’t cost any money. In fact, it will make money!”

From what I can tell, the only people that loved Obamacare were the ones getting subsidies and only had to pay a few hundred bucks a month if that much. 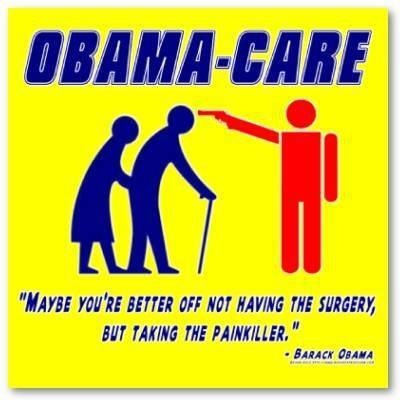 My brother was treated for cancer in Northern Virginia on Kaiser Medicaid and he tells me it was wonderful, they coordinated, cared, and took responsibility.

When I turned 60 and retired from the USAR I became covered by Tricare, wow, what great coverage. This year my 6 year old daughter experienced an intestinal birth defect requiring emergency surgery, the surgery and 7 days nights in the Children’s hospital cost me about $500.

Unfortunately I turned 65 this year. I now have to have Medicare which costs me over $100 a month, and Tricare just told me I have start paying over $100 to continue coverage (for my wife and daughter).

So now as pensioner at age 65 my heathcare costs increased over $200 a month started Jan 1.

The “Affordable Care Act” was neither affordable, or provided care.

“The ‘Affordable Care Act’ was neither affordable, or provided care.”

Just like “health care” has almost nothing to do with health, and seldom is care. I call it “drive-by medicine” since Obamacare kicked in.

I’d love to have your “problems”.

The truth is that it financially affects me very little (good retirement planning). What pisses me off is that I have to accept Medicare, I cannot opt out and just keep Tricare. I would just like to keep the same coverage I had at age 64, but becoming Medicare required costs me more money.