Former Vice President Joe Biden’s campaign has shelled out more money for television and digital advertising than any presidential candidate in the nation’s history, the Hill reported Friday. “Biden’s campaign has spent more than $582 million on television advertising since launching his campaign last year, according to data from the nonpartisan firm Advertising Analytics. In just the last week, Biden’s team spent $45 million on air,” the article said.

The amount surpasses President Donald Trump’s campaign, which reportedly spent $342 million over the past two years.

“The two sides dropped $160 million on television and digital ads in just the past seven days. Trump spent slightly more than Biden on Facebook and Google advertising, the data shows — $14 million versus about $12.7 million,” the Hill article continued. 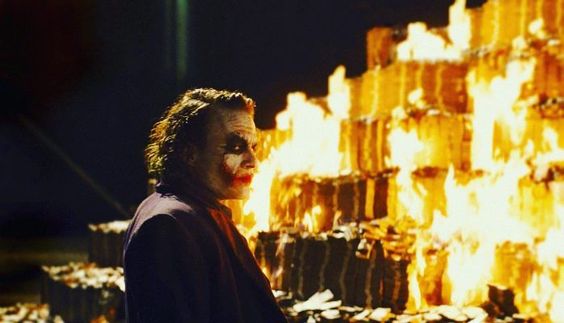 I thought Trump was broke, according to the media, and Brad Parscale stole it all.

Wall Street is funding Biden by 5 to 1

Trump pays less and gets more.

When relegating oneself to a basement near 24/7, logic dictates the idiot needs to get his message out via television ads, yes?

Yes.
It’s all he’s got.
Apart from the media and big tech if course.
But I’ll go for good old fashioned campaign rallies like Trump is doing anytime.
That trumps a basement approach every single time. Not that anyone has ever hidden in their basement and won before.

Biden is also squandering alot more on campaign consultants for these dinosaur media ad buys as well as fundraising fees (as much as 40% or more of every dollar raised). That’s not even counting the frauds of his associated grifters like Lincoln Project.

he can do this because he has no travel/event expenses being hidden in the basement.

Hopefully this election is the media’s waterloo.

We need an honest media for this country to survive.

12 posted on 10/26/2020 1:45:04 AM PDT by desertfreedom765
[ Post Reply | Private Reply | To 1 | View Replies]
To: cranked; desertfreedom765
To expand further.
As far as I know, no one has ever won the presidency with a basement dwelling campaign approach.
Closest I can see was the 1900 campaign between McKinley and William Jennings Bryant.
McKinley just stayed at home, yes, while Bryant traveled all over the country and campaigned hard. Bryant still lost.
But, McKinley had a very dynamic Theodore Roosevelt as his VP candidate and Roosevelt campaigned vigorously all over the country for McKinley. Roosevelt was simply bubbling with energy and still young.
Plus McKinley himself held big rallies from the front porch of his house.
By contrast, both Hiden Biden and Kamala are nowhere to be found.
That kind of approach is simply not going to do it. Just TV ads never won an election for anybody.

I suspect the MSM is also giving Biden’s campaign extra ad time at no charge. They are effectively the communications arm of the Democratic Party.

The entire MSM is a great big campaign ad for Hiden Joe, so this $582 million ad buy by Biden is not going to move the needle by much.

Why have they been wasting so much $$$ on Fox News? Do they really think they will change any viewer’s mind? They way they mock us for watching Faux News? Money to burn.

$$$$ is critical to campaigns.

The GOP is kidding themselves that the left is apathetic. We are being out spent.

18 posted on 10/26/2020 2:44:48 AM PDT by Drango (1776 = 2020)
[ Post Reply | Private Reply | To 1 | View Replies]
To: Drango
Actually Trump has raised plenty of money and he has plenty of cash on hand, and he is spending his money far more effectively on campaign rallies, TV spots and internet ads.
Just endless TV ads from Biden with no real rallies or any ground game will not cut it.
Trump has had over 2 million campaign staff working on the ground game for over a year, most of them volunteers. Biden has got nothing. Too scared of covid I guess.

Campaign rallies are great, but the largest such rally would be between 30,000-40,000 people. Definitely a huge indication of enthusiasm, but also just that - an indication. It is likely that this may be a close election - yes, on our side people are excited for President Trump and the Libs are not excited about Biden. The Libs are definitely NOt motivated by Biden, which may be why they are not going for his rallies (plus fear of COVID). However, while they may not be excited about Biden, they are absolutely seething in hatred for President Trump. That is their real ‘motivation’ and it may - may - result in them voting for him even though they may not necessarily fill a stadium for him?

Possible proof of this - most of Biden’s contributions are actually not from ‘big money wallstreet, Hollywood, far left billionaires’ etc. The average contribution (according to them; which may be a lie, but this is what they claim) is $44. If that is true, that means there are a number of people contributing money who may not necessarily be going for ‘rallies.’

The only way Republicans win is by voting as if President Trump is behind. Vote the same way they voted in 2016 when every poll was claiming Hillary would win. Vote as the silent majority - because we don’t want that to be turned against us. Sure, we KNOW President Trump is ahead - so it doesn’t hurt to go out and vote like he’s behind. Also, we all need to know it’s not about the POTUS only - the Senate is also up for grabs. BOTH have to be maintained on our side to make a difference (I don’t think it’s possible to recapture the House, but we need to keep the Senate and the Presidency).

Because I can assure you of one thing - in November there will be a political party that will be absolutely devastated. Let’s make sure it’s not the GOP.

Now, I fully expect some will try and shoot the messenger, but who cares. What matters is that people vote like their lives depend on it, because I know that on the Left they really have a lot of hatred for us on the Right and that hatred doesn’t need to attend rallies. I