Los Angeles Mayor Eric Garcetti's (D) has come under fire for allegedly turning a blind eye to one of his top aide's sexual misconduct and harassment. Rick Jacobs, the mayor's deputy chief of staff, has been accused sexual assault and harassment.

LAPD officer Matthew Garza, who has been on the force for 23 years and served on Garcetti's security detail, filed a lawsuit against the city earlier this week, accusing Jacobs of harassment. He said "Garcetti had witnessed the assault and harassment and did nothing to stop it, nor hold Jacobs accountable," Yashar Ali reported.

According to Ali, he had personal experience with Jacobs himself:

The allegations laid out in Garza’s complaint sounded familiar to me because, over the course of a decade, from 2005 through 2015, Jacobs used to forcibly kiss me on the lips when I encountered him through my previous work in politics. After Garza’s lawsuit became public, I confronted Jacobs via text message and also alerted one of Garcetti’s top city hall aides about my past experiences with Jacobs.

More recently, I’ve discovered others who have had similar encounters with Jacobs.

Now, three months after Garza filed his lawsuit and I shared my experiences with Garcetti’s office, Jacobs remains at the top of the food chain in Garcetti’s world, and it is unclear whether a formal investigation (even one conducted by an outside law firm) into the allegations has been conducted.

Garcetti’s refusal to take formal, public action against Jacobs could expose the city of Los Angeles to significant civil liabilities. It has also created a work environment where administration staffers might be uncomfortable reporting sexual misconduct they’ve witnessed or experienced because they are dubious it will ever be followed up on, sources said.

Garza alleges in his lawsuit that from 2014 to 2019, while he was on the mayor’s security detail, Jacobs subjected him to a barrage of sexual harassment and assault. In his complaint, Garza says that Jacobs would make inappropriate comments about sex with younger men, male genitalia and how he would engage in rough sex. On multiple occasions, according to Garza, Jacobs would say in his presence: “You guys ready to fuck without KY?”

On other occasions, Garza alleges in his complaint, Jacobs would ask him to sit on his lap. Garza also says that Jacobs would forcefully hug him without consent and tell him, “You’re so strong and handsome” and “Your muscles are so tight.” He would often massage Garza’s shoulders without consent, Garza says.

Garcetti was often present for Jacobs’ harassment and assault, Garza says in his complaint, noting that “Mayor Garcetti was present on many, if not most of the occasions when Jacobs made sexually inappropriate comments, but the Mayor took no action to stop the comments from being made or even identify the comments as being inappropriate. On some occasions, the Mayor would laugh at Jacobs’ crude comments.”

Garza says that on more than a dozen occasions, Garcetti staffers apologized to him for Jacobs’ conduct.

Other sources said Jacobs forcibly kissed them right in front of Garcetti. The mayor allegedly laughed it off and walked away to greet others at the event they were all at.

"The Mayor has zero tolerance for sexual harassment and all staffers are empowered to report problems to the Personnel Department. In 2018 the Mayor created themyvoicela.org portal to enable current and former City employees, elected officials, commissioners, and individuals who do business with the City to report harassment and discrimination," Garcetti's administration said in a statement. "Complaints can be filed anonymously, by phone, fax, mail, online, and in-person to the Personnel Department.”

The city is calling the lawsuit into question because Garza never filed any harassment complaints while part of Garcetti's security detail. They also say the statute of limitations has expired.

Members of Garcetti's administration, however, believe this lawsuit is retaliatory. They believe the Los Angeles Police Protective League, the LAPD's union, pressured Garza into filing the suit as punishment for making budget cuts to the department.

Instead of suspending Jacobs pending an investigation, Garcetti allowed Jacobs to continue to serve on other projects, including the Mayor's Fund.

... In fact, two sources told me that the day the lawsuit was filed, the Mayor’s Fund had a call with donors in which Jacobs was present, and neither he nor Garcetti made mention of the allegations. Some who were on the call were said to be stunned by the way in which Garcetti appeared to be sweeping everything under the rug.

In August, Garcetti said that Jacobs should be allowed to continue working for the Mayor’s Fund and other mayoral projects. “This is something that should take a process forward,” Garcetti told the Los Angeles Times, “but shouldn’t keep somebody who has been a committed public servant from being able to continue to serve our community and our world.”

Ali said Garza's lawsuit sounded familiar to him because he had experienced similar instances.

When I saw the news about Garza’s lawsuit and read the complaint, it all sounded familiar to me. That’s because, over the years, Jacobs had forcibly kissed me on the lips on a number of occasions.

I never want to put myself in the middle of a story, but in this case, I’ve been left with no choice. Several prominent news outlets have slow-walked this story. I also ethically can’t report out this news without revealing that I have been a victim of Jacobs’ misconduct as well.

In my previous career, I worked in Democratic politics and would often encounter Jacobs at fundraisers. I considered him a friend, and we had many acquaintances in common. Jacobs would often host dinners at his home, where he would gather prominent power players in Los Angeles politics, culture and entertainment. I attended at least a half dozen of these dinners over the years.

The incidents where Jacobs would forcibly kiss me always happened in front of others and at political and social functions. Jacobs would grab my face and kiss me on the lips—always twice—and he would turn to other people who witnessed it and say, “He has the softest lips.” Jacobs would also hug me in the same way Garza described in his complaint. A source described it to me as a “power hug,” but Jacobs’ hugs were more than hugs. I remember commenting to him once that he was hugging me so hard I felt like my teeth were going to break. (And besides, no one should be hugged without their consent.)

I never initiated or acted receptive to what Jacobs was doing, though I never told him to stop. Jacobs and I were never in a workplace environment, either. But forcibly kissing someone on the lips isn’t normal interaction between friends and unquestionably requires consent. (It is also considered assault under California’s penal code.) Over the years, I moved on and didn’t give those interactions much thought. After the #MeToo movement was reignited and I interviewed many women and some men about their experiences with sexual assault, harassment and rape, I thought about Jacobs and what he had done to me, and I shared my frustration with friends about how I had responded to his assaults.

Ali stated that the general consensus amongst Garcetti staffers was to shrug off the situation and chalk it up to "that's just how gay men behaved" or as "Rick being Rick." 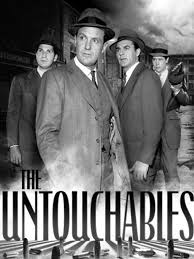 Dems always accuse the Republicans of what they are actually doing themselves. Garcetti was in the room when this guy was being harassed and he laughed about it..total scum bag

The DNC talking point that will emerge will be that this accusation isn't from a credible source, and/or a white supremacist. The Partisan Media Shills and Schiff-for-Brains will be spewing that on the air in no time.

Members of Garcetti's administration, however, believe... the Los Angeles Police Protective League, the LAPD's union, pressured Garza into filing the suit as punishment for making budget cuts to the department... [Yashar] Ali stated that the general consensus amongst Garcetti staffers was to shrug off the situation and chalk it up to "that's just how gay men behaved" or as "Rick being Rick."

I live 40 miles from Downtown LA. During this entire year where blue mayors and governors have been running amok over Americans, Garcetti has been strangely quiet. I have been wondering why. This may be part of the explanation. I wonder what else Garcetti has been up to.

“He has the softest lips”.

My guess: The Mayor has been similarly ‘harassed’ by this man in the past, and has tolerated the behavior. If the Mayor finally acts to remove Jacobs from authority, this man has threatened to go public with just how much the Mayor has ‘tolerated’ in the past.

“Not That there’s
Anything Wrong with It.”
.
Seinfeld,
Politically Correct Comedian.

How can it be worse then pedophile/incest Biden?