When you get to make the rules, they always favor you. Parents can do things they forbid their kids from doing, bosses can take long lunches while insisting you not return late, and politicians can take pay-offs while…actually, there isn’t much of a private sector equivalent for that one.

The word “bribe” has an obvious, legal meaning that, through a few tricks built into the system by the politicians who wrote the laws, helps them avoid breaking them while taking what amounts to bribes.

Merriam-Webster Dictionary defines a bribe as “1: money or favor given or promised in order to influence the judgement or conduct of a person in a position of trust; 2: something that serves to induce or influence.”

That’s the short version of what Ukrainian oil and gas company Burisma did with Hunter Biden. The firing of the prosecutor pursuing a corruption investigation of the company’s business practices and owner at the insistence of Hunter’s dad, the then vice president, is the unambiguous second part of that hypothetical transaction.

But it’s not a bribe, not legally. Not even a pay-off. It’s a perfectly legal coincidence.

Hunter was making a fortune with no skills, knowledge, or abilities, but it was a drop in the bucket compared to the net worth of the company. From their perspective, it was a smart and cheap investment.

It was also legal. As was all the other sweetheart deals Hunter got out of Russia, China, and who knows where else.

How? Because, unless there is a paper trail of Joe Biden saying he’d do something in exchange for cash, any favorable treatment Hunter’s sugar daddies got can be chalked up to coincidence.

Any illegal activity on behalf of Joe would come from him getting a piece of the action and hiding the money. While there are strong indications and insinuations that Joe was wetting his beak, he knows the law and it would be unlikely to be found out. This is compounded by the fact that no one is looking. Journalists aren’t interested, neither, it seems, is the FBI. If he wins next week, the story will disappear faster than Tara Reade’s name from newspapers.

What the Bidens appear to have done is not new. Direct payments of bribes is a thing of the past. Today’s politicians now engage in corruption by proxy.

Pioneers in this new bribery were none other than the Clintons. Bill and Hillary raked in a fortune through their “charities,” and lived quite well off that money.

When you think of bribes you think of very specific asks - do this and I’ll give you that. In international politics, bribes are ways to curry favor to get better treatment in the future. Saudi Arabia didn’t give $20 million to the Clintons’ charities because they wanted to provide mosquito nets to Africa. To do that, Saudi Arabia could have simply purchased $20 million worth of mosquito nets and sent them there directly. They wanted to be in the good graces of who they, and the world, thought would be the next president of the United States. The same is true for most of Hunter’s business deals.

The only difference between the shady dealings of the Clintons and the Bidens is the Clintons had the good sense to give it the cover of charity. The Bidens, just as corrupt as Bill and Hillary but not nearly as sophisticated, went right for profit; for cash payments.

Proving a bribe when filtered through others is nearly impossible; someone would have to roll. People in power know the rules, they wrote them. The public would be shocked if they knew exactly what is legal.

A member of Congress facing virtually no challenge in a safe district can’t take campaign cash and put it in their pockets because that would be illegal. They can, however, hire their spouse and pay them almost $3 million for “consulting,” or 70 percent of their campaign spending, and it’s perfectly legal. Ilhan Omar did just that. She couldn’t take the money herself, but she could pay her husband’s consulting firm $2.7 million and he could put his chunk of that money in their joint bank account and *poof* it’s legal.

There likely isn’t a cashed check or findable bank account with Joe Biden’s name on it. Even Joe is too smart to have signed anything. But Switzerland and many Caribbean countries don’t have strict banking laws and pride themselves on secrecy.

Joe has made millions since leaving office in 2017, so it’s not like he needs the money, especially at his age. Still, you make hay while the sun is shining. He likely wants to take care of his family after he’s gone. The motive is clear, the details are foggy, and the truth is most of what we’re likely to ever learn about it is quite possibly "legal." 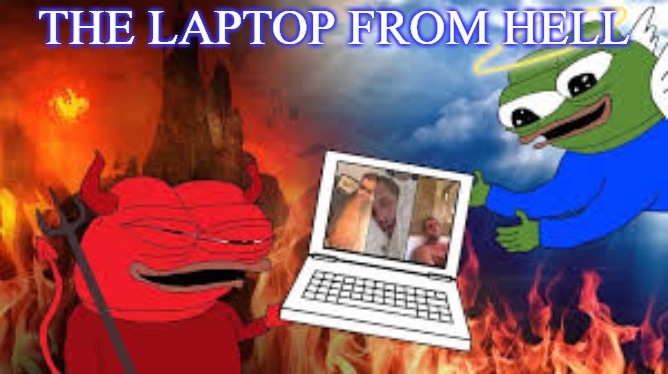 Yes, and we can vote for the other guy as well. 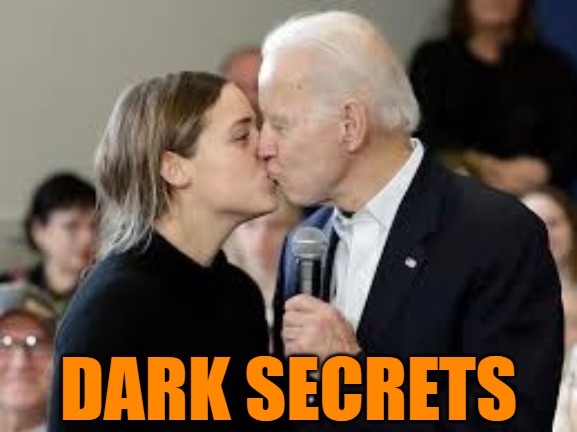 And yet, Gropin' Joe wants to avoid the subject? C'mon, man. 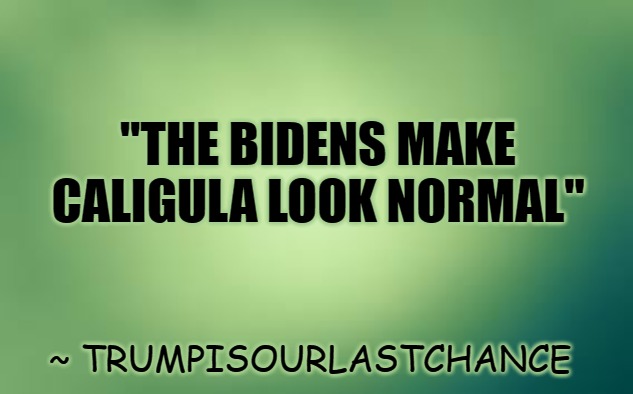 I am pretty sure bribery is a crime.

We have a corruptacracy, from city to federal levels.

The players suffer little to no social disgrace and shame, let alone attention.

Oh Bullshit.
It may be common but it’s nowhere near legal.

When Joe Biden sits down with foreign leaders Americans aren’t at the table,
they are on the menu.

How? Because, unless there is a paper trail of Joe Biden saying he’d do something in exchange for cash, any favorable treatment

Does “stop investigating my son and his buddies” or you don’t get America gov’t money” count?

13 posted on 10/25/2020 4:41:07 AM PDT by TalBlack
[ Post Reply | Private Reply | To 1 | View Replies]
To: Kozak
Read the article. “Legal” is a technical definition that means nothing in the context of right and wrong. Joe Biden is an asshole who spent decades in Washington passing laws that he used to enrich himself and his family.

When you look at it that way, who gives a sh!t about what is “legal” anymore? That’s why I’d have a hard time convicting anyone if I served on a jury. I’d be sitting in the courtroom assuming that everyone on the prosecutor’s side of the room is a dishonest, corrupt pile of sh!t.

The Congressmen get bribed by foreign govenments to put the foreign government's interest ahead of their constituents.

The Media approves because it advances their ideology of government power and globalism.

The American People get raped by the people they elect, and all the Mediacracy Elites are very careful to hide it from them, and to gaslight them when they notice bits that get out into the information stream.

15 posted on 10/25/2020 4:50:34 AM PDT by marktwain (President Trump and his supporters are the Resistance. His opponents are the Reactionaries.)
[ Post Reply | Private Reply | To 1 | View Replies]
To: exnavy; Kaslin
I'm pretty sure taking money from foreign governments with no apparent purpose other than to sell influence that rightly would belong only to the US taxpayers, instead to those foreign donors, while making one's family undeservedly wealthy will be a deemed a somewhat major violation of one's oath of office.

I suspect a court of military justice on Guantánamo will see it similarly.

I think it’s at least impeachable, paper trail or not. Besides,how do we know yet if there isn’t a paper trail?

All the DC insiders practice this in one form or fashion and the rules are different for members of congress and senate. Look at the insider trading rules, look at the workplace sexual misconduct rules. They can go on the senate and house floor and accuse/lie their asses off without consequence. That is why Reid always accused people like the Koch Brothers and Milt Romney of evading taxes and committing misdeeds because the libel laws don’t apply to members if they’re on the floor of their respective chambers. If any of us or a newspaper accused an elected dumocrat of a crime, we could be subject to criminal penalty but that same person could call us a murderer and a child molester and get away with it.

They get their useless kids gigs as aides or assistants in no show jobs with major donors. It’s an indirect payoff and the worst kept secret in DC. What Joe did was get directly involved which is a no-no.

I promise you that if some low-level politician was caught doing what Biden did, they would be prosecuted. Bribes are still illegal, but only for the “non-elite”.

Biden, et al, have sold out Our Nation for 30 pieces of silver.

Isn’t that the very definition of treason?

Or am I mistaken?