. . .Many lobbyists have been telling their clients that they expect a strong relationship with a potential Biden administration. Reasons include: Steve Ricchetti, himself a former lobbyist, is Biden’s campaign chairman and has been mentioned as a potential candidate for White House chief of staff; and the campaign’s transition team allows the inclusion of lobbyists. . .

Biden has pledged to curb the “improper influence of lobbyists” and build upon the Obama administration’s ethics pledge. Obama signed an executive order early on in his first term as president, which said that appointees who were previously registered lobbyists during the prior two years should not participate in any government matters on which they had previously lobbied.

The Biden campaign did not respond to a request for comment on this story. . .

TOPICS: Crime/Corruption; News/Current Events
KEYWORDS: biden; jeffreyricchetti; jeffricchetti; ricchetti; stevericchetti
I post this to draw attention to Biden's relationship with lobbyist Steve Ricchetti, who is like Biden's version of the Podestas. Coming out of a background with Blue Cross and Blue Shielf Association's political arm, Ricchetti served as executive director of the Democratic Senatorial Campaign Committee from 1990 to 1992 and then entered into the Clinton administration, where he served as Clinton's principal liaison to the Senate (i.e., Kennedy, Biden, etc.) from 1993 to 1996. After leaving the White House to go into lobbying, he returned and became John Podesta's chief of staff, in which capacity he pushed for legislation promoted by his former employer Blue Cross and Blue Shield Association and lobbied for by his brother Jeffrey Ricchetti, a partner of Tony Podesta. In 2000, Clinton appointed him to work with Commerce Secretary William Daley on normalizing trade relations with China. Following the Clinton administration, Ricchetti and his brother started a lobbying firm representing various industries, including healthcare and pharmaceuticals, telecommunications, banking, and life insurance. He de-registered as a lobbyist after Biden became Vice President in 2008, leaving his brother to run their lobbying firm. This allowed him to evade Obama's promise not to appoint any lobbyists so that he could be appointed as Biden's counselor in 2012. He was the chief planner for a possible Biden run in 2016, and has chaired and fundraised for Biden's 2020 campaign. By coincidence, Biden's proposed corporate tax hike coincides with the interests of Ricchetti's brother's lobbying clients.
1 posted on 10/20/2020 8:27:50 PM PDT by Fedora
[ Post Reply | Private Reply | View Replies]
To: Fedora

Biden is a crony- Capitalist to the hilt. 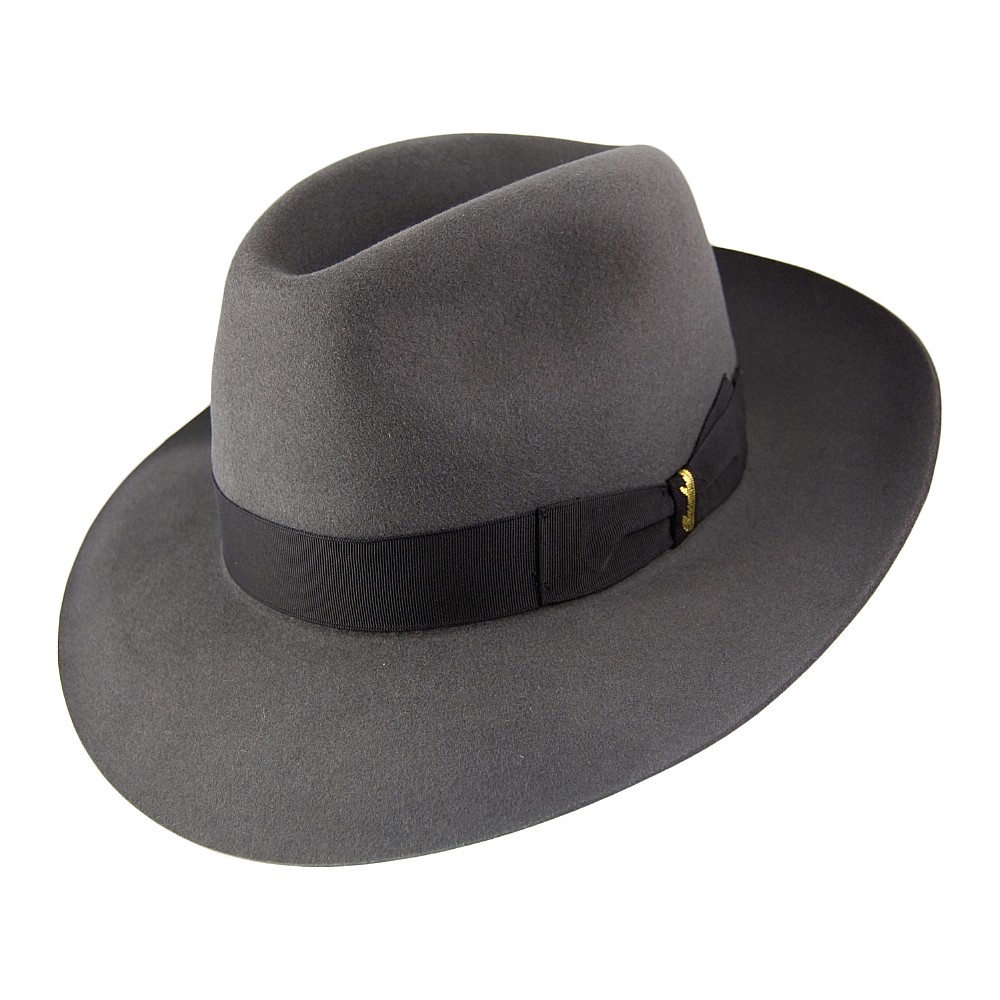 The left is worried Ricchetti will give us talking points lol:

Vice President Joe Biden was angry. It was 2013, and Ron Klain, his trusted chief of staff, was leaving for the private sector. Biden needed someone dependable to replace him during the second term. But David Plouffe, President Obama’s campaign guru and top political adviser, kept shooting down his picks. First, he vetoed Kevin Sheekey, an adviser to then–New York Mayor Michael Bloomberg, out of fear he’d be too loyal to the financier-oligarch. Biden conceded, and instead suggested Steve Ricchetti.

Ricchetti, a longtime political operative, was at the time the founder and chairman of the powerful lobbying firm Ricchetti, Inc. Though he hadn’t personally registered as a lobbyist in years, he did give the marching orders to a team of hired guns for the most powerful industries in America, including extensive ties to Big Pharma.

Plouffe didn’t budge. “The Ricchetti pick also was killed,” Glenn Thrush reported for Politico Magazine at the time, “in part because Plouffe said his background violated the president’s no-lobbyists pledge—but mostly because Ricchetti was deemed to be too chummy with the Clintons and too much of a ‘free agent’ who would look after Biden’s interests first.”

This enraged Biden. Who was Plouffe, a man 24 years his junior, to tell him what to do? “He [Biden] appealed directly to Obama, who initially deferred to Plouffe’s judgment,” Thrush reports. “Biden pressed Obama harder, arguing that he ‘needed to have his own people to do this job,’ as one aide briefed on the interaction put it. Obama finally assented—with the caveat that Biden had ‘to keep Steve from coloring outside of the lines.’”. . .

Today, Ricchetti co-chairs Biden’s presidential campaign, and is well positioned to resume his role as Biden’s chief of staff in the White House, should his boss vanquish Donald Trump in November. If this happens, a man who has always argued against Biden’s best instincts, and a lifelong enemy of the progressive movement, will be the chief gatekeeper to the president’s desk. . .

Ricchetti may be subtler and smarter than “Rahmbo,” [Rahm Emanuel] but he would be no less of a threat if placed in charge of the Biden White House. More than just cussing out organized labor, Ricchetti’s career highlight was deliberately undermining it: He led Bill Clinton’s effort to pass permanent normal trade relations (PNTR) with China in 2000, which economists predicted at the time would cause massive blue-collar job loss. Research since has concluded that PNTR directly led to the manufacturing collapse, and that the affected (largely union) workers were unable to re-skill in the way traditional trade theory suggests they would. . .

And then there are Ricchetti’s ties to the most hated industry in America, Big Pharma. Biden has pivoted to an aggressive plan for lowering prescription drug prices, a problem on which GOP voters, Nancy Pelosi, and Alexandria Ocasio-Cortez are all united. He has vowed to repeal the law that prohibits negotiation with drug companies under Medicare, limit launch prices that set a high baseline for prescription drugs, confine price increases to the rate of inflation, and accelerate the development of generics. What message would it send about the seriousness of this plan for Biden’s right-hand man to have personally represented Novartis, Eli Lilly, and Sanofi?

Just last night, news broke that Ricchetti, Inc. has signed on to lobby on behalf of two pharmaceutical companies, Horizon Pharma and GlaxoSmithKline. This is on top of the firm’s longstanding relationship with Japanese pharmaceutical giant Eisai, whom Steve Ricchetti’s brother Jeff, co-founder of the lobbying firm, personally represents. Big Pharma clearly knows that their route into sabotaging Biden’s prescription-drug agenda runs through Steve Ricchetti. The right’s propaganda machine would have a field day with such a glaring conflict of interest. If Biden grants Ricchetti a senior job, he’d give Tucker Carlson a free attack line grounded in actually legitimate complaints.

Given the clients that both Ricchettis are willing to take on, it’s perhaps unsurprising that Steve has been the Biden campaign’s ace in the hole when it comes to high-dollar fundraising. Early on, he sold private conversations with himself as an incentive to wealthy donors, and has given backroom pitches to Wall Street executives. When Biden’s campaign was flailing in January, Ricchetti was personally “imploring bundlers to gather as much money as possible,” according to The New York Times.

Cleverly, Ricchetti has pushed Biden toward opposing support from super PACs, even as he cozies up to the wealthy donors who make super PACs so odious and gets them to donate to Biden directly. By spurning the best-known means of big-money corruption, but not big-money corruption per se, Ricchetti can create an appearance of concern for the public interest without meaningfully changing his tactics.

Ricchetti’s comfort around the ultra-wealthy is probably one of his biggest assets to the Biden campaign. Journalist George Packer writes that Biden used to denigrate his fundraising aide Jeff Connaughton because “Biden hated fund-raising, the drudgery and compromises it entailed. He resented any demands placed on him by the people who helped him raise money and the people who wrote checks, as if he couldn’t stand owing them.” (For his part, Connaughton went on to author the angry confessional The Payoff: Why Wall Street Always Wins, where he writes, “I came to D.C. a Democrat and left a plutocrat.”)

Biden bragged for decades about being one of the poorest men in Congress. His disdain for D.C. glad-handing meant that from day one, onlookers predicted Biden would struggle with funding a national presidential campaign—and sure enough, Biden for President, Inc., was running on fumes in January when Ricchetti told bundlers to dig deep. . .

and in other news...... Biden has pledged, in the name of diversity, to put not just one...but ALL 37 SPECIES of Foxes to guard the nations hen houses!

and In a rambling speech to one CNBC reporter...He also said he would get rid of Trumps Fox in the White House and replace her with a Viper as he lovingly looked into his wifes eyes and said....Not that black girl that follows me around, whats her name, but you Dr Jill!!.....Now laugh you stupid bastards!

Biden has pledged to curb the “improper influence of lobbyists” and build upon the Obama administration’s ethics pledge. Obama signed an executive order early on in his first term as president, which said that appointees who were previously registered lobbyists during the prior...
Simply, my guys are in and your guys are out

Keep “preparing” guys, yeah you just do that.

Preparing for a Biden presidency:
1. Sell all stocks in retail and energy.
2. Sell any properties in Seattle, Portland, LA, Etc...
3. Invest in gun and ammo companies.
4. Short the DOW; S&P 500; Airlines; Cruise Lines; and Oil.
5. Buy gold.
6. Buy new gas powered car while you still can.