It had been a long ride back from Sturgis, S.D., so when he first felt an ache at the back of his throat, Kenny Cervantes figured he was just tired. He’d traveled the 400-some miles on his Harley, rumbling through wide-open farm and prairie land on his way home to Riverdale, Neb., where his girlfriend was waiting....

Back home, Cervantes took Tylenol for his throat and went to bed early. But he woke up the next morning coughing so hard he struggled to catch his breath. Over the next few days, the pain in his chest made him fear that his heart might stop, and a test later confirmed he had the novel coronavirus, which causes the disease covid-19. He was admitted to the hospital 11 days later, on Aug. 27. Soon, his girlfriend and his sister were sick, and Cervantes was going over everything he did and every place he visited in Sturgis, wondering where the virus had found him....

The Aug. 7-16 gathering has drawn intense interest from scientists and health officials, and will likely be studied for years to come because of its singularity. It’s not just that Sturgis went on after the pandemic sidelined most everything else. It also drew people from across the country, all of them converging on one region, packing the small city’s Main Street and the bars and restaurants along it. And in contrast with participants in the Black Lives Matter protests this summer, many Sturgis attendees spent time clustered indoors at bars, restaurants and tattoo parlors, where experts say the virus is most likely to spread, especially among those without masks.

TOPICS: Culture/Society; News/Current Events; US: South Dakota
KEYWORDS: corona; coronavirus; covid; sturgis Navigation: use the links below to view more comments.
first 1-20, 21-33 next last
With about 500K attendees and covid as bad as they say there should be hundreds of deaths. Instead the MSM is having to hype some getting sick. In any group of 500K someone is always sick.
1 posted on 10/18/2020 6:32:07 AM PDT by where's_the_Outrage?
[ Post Reply | Private Reply | View Replies]
To: where's_the_Outrage?

It has nothing to do with the BLM and AntiFa marches, protests and riots...

Ah, the WaPo has flushed the toilet again.
Journalism
When you really cannot do anything useful in life.

News is not “May Have”, on a subject article or story. That is not journalism.

Have you noticed that any public gathering of which the press doesn’t approve is now deemed a super-spreader event of covid?

I’m sure these authors would get along famously with those bikers at the rally.

But riots are just fine? GFY 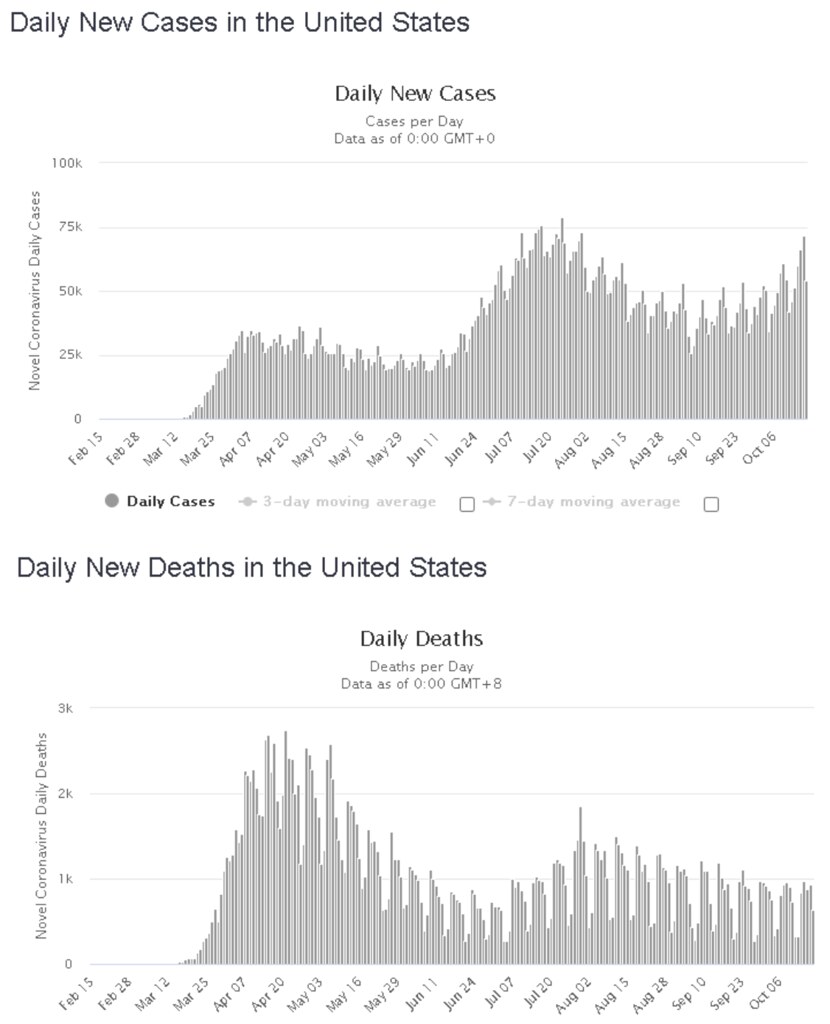 Earlier this morning, I stopped by CNN for a few seconds and they were yammering on about the same thing and alleging that recent Trump rallies in Minnesota and elsewhere were responsible for a number of new cases. Funny how silent they were about this back in June and July over the “peaceful” events that took place in Minneapolis and elsewhere.

So all that rioting didn’t factor in? The Washington Post is nothing more than a pathetic propaganda machine for left wing causes and the Democrat party.

There was a time when the media was trusted to deliver some semblance of truth... Those days ended with the Clinton impeachment fiasco and the attempted coup of 2000 when the media almost managed to circumvent the election and install a usurper as the President. Their success at electing an inexperienced and unknown junior senator from Illinois emboldened them into thinking they ran the show... Trump showed them in 2016 that they didn’t and that infuriated them to the point where they have spent the past 4 years promising their faithful followers that they would get rid of Trump... They have failed and hopefully when election night draws to a close, they will fail yet again.

Something happened between Clinton’s impeachment and today... It’s called the Internet and it lets the truth ring clear.

“I’m sure these authors would get along famously with those bikers at the rally.”

I’ll take a biker over a journalist any day.
And rest assured that the biker could take a journalist.
And I’d pay to watch.

Reading this I learned how the WaComPost spreads propaganda and disinformation...

Is It True? Or Is It The Washington Post?

It’s not as bad as they say and thats been obvious since April!!

They had how many people locked up on cruise ships together for weeks at a time and when they tested the folks they consistently found around 15-18% had the virus.

If it was as contagious as they say those numbers should have been reversed.

Reality is I firmly believe most people can’t catch this even if they wanted to.. If it were so easy to get and majority were susceptible as they claim there is no way you could see those kind of numbers.

Either the majority of folks can’t get this (natural immunity if some sort) or it doesn’t transmit nearly as easily as claimed.

I wonder if other viral infections spread when there is a large gathering.

There are quite a few contagious viruses that spread every time people gather.

But no problem with the ferals in BLM and ANTIFA spreading COVID-19 during their rioting and looting in Urban areas across the nation!

If we do have a revolution, “journalists” should be the first ones hanged!

Didn’t I read somewhere that Chinese businessmen brought COVID in while inspecting a pig processing plant in S.D.? The headlines of this article indicate that the Sturges thing is purely speculative while the other is determined fact.