August was the sixth anniversary of the death of Michael Brown, the black teenager who was shot dead by a white police officer in Ferguson, Mo. The incident, and the nationwide coverage it attracted, marked the beginning of a period of mass protests against police, which culminated (let’s hope) after the tragic death of George Floyd in Minneapolis this May.

The fashionable explanation for what happened to Brown, Floyd and others—such as Freddie Gray in 2015 and Philando Castile in 2016—is so-called systemic racism. The activist left and the mainstream media insist that law enforcement targeted these men because they were black—and that if they weren’t black, they would still be alive. The truth is more complicated and less politically correct, and it’s the subject of an engrossing new documentary that is scheduled to premiere Oct. 16.

The film, titled “What Killed Michael Brown?,” is written and narrated by the noted race scholar Shelby Steele and directed by his son, Eli Steele. Readers of these pages probably know the elder Mr. Steele through his best-selling books and occasional Journal op-eds. But earlier in his career, Mr. Steele also won acclaim for his work in television. In 1990 he co-wrote and produced “Seven Days in Bensonhurst,” an Emmy-winning documentary about Yusef Hawkins, the black teenager from Brooklyn who was fatally shot in 1989 after he and some friends were attacked by a white mob.

In an interview this week, Mr. Steele, who is based at Stanford University’s Hoover Institution, explained the significance of Brown’s death and what it tells us about race relations today. “Michael Brown represented, even more so than Trayvon Martin, Freddie Gray and others, the distortion of truth, of reality,” he said.

The thug got a slug.

Michael Brown, like Trayvon Martin before him, attacked an armed man and should have expected to get shot.

People pass over why he would try to take the gun. He clearly wanted to murder the cop. If he’d his own gun he’d have shot the policeman in his car.

Truth doesn’t matter to Marxists like those behind BLM. They want the world to burn for their Revolution.

Perhaps Shelby should change his/her name to Christopher, and then the media would be all over the story.

7 posted on 10/13/2020 7:33:39 PM PDT by E. Pluribus Unum ("Elections have consequences. We won, you lost. Get over it." --Barack Hussein Obama)
[ Post Reply | Private Reply | To 1 | View Replies]
To: karpov
Considering the video of the assault minutes before,the cop's story,the fact that all three autopsies confirmed the cop's story,the fact that they autopsies also confirmed that he was a walking drug store when he died and that fact that many of the so called "eyewitnesses" admitted to having initially lied there can be no doubt that he was a filthy street rat who got what he deserved.

Of course those creating films or books might be willing to ignore the facts...a truthful book/film wouldn't be a smash hit.

That is why I rebel utterly at accepting any tenet, no matter how trivial, served up by Black Lives Matter.

Everything-EVERYTHING is base on a lie...the lie that black people in America are being hunted down and murdered by institutionally racist police in wildly disproportionate numbers for no reason at all.

That is the lie they base it on.

If it were not a completely political movement, and black lives actually really mattered to Black Lives Matter, you wouldn’t have 7,484 murders of black people in 2019, with 95% of those murders at the hands of other blacks...almost always the exact same kind of people who populate Black Lives Matter.

When 6% of the population accounts for nearly 45% of the violent crime composed of homicide, aggravated assault, rape, and armed robbery, then it is a miracle that many more blacks don’t die at the hands of police in their dealings with violent criminals.

Both the Michael Brown and George Floyd cases demonstrate the enormous emotional power of a meme that is burned into the public’s consciousness early in the news cycle by subversive groups that control the media. “Hand’s Up, Don’t Shoot” and “I Can’t Breath” both became instant meme classics that completely hypnotized the low information news consumers and drove out any actual critical examination of the real story.

Michael Brown assaulted a police officer and tried to take his sidearm while George Floyd ingested a fatal overdose of fentanyl and was suffocated by fluid in his lungs leading to cardiac arrest.

I was distressed to see even Amy Coney Barrett had succumbed to the police brutality interpretation of the video showing Chauvin restraining Floyd for 8:36 on the ground. Instead he was using a Minneapolis PD approved restraint position for persons undergoing “excited delirium” episodes to protect them from self harm. The medical report and complete body cam footage of the event released after Chauvin was charged with murder completely exonerates him of both causation and intent to commit murder.

I hope Shelby Steele has the time and funds to expose the George Floyd injustice in a film as they have done with Michael Brown. 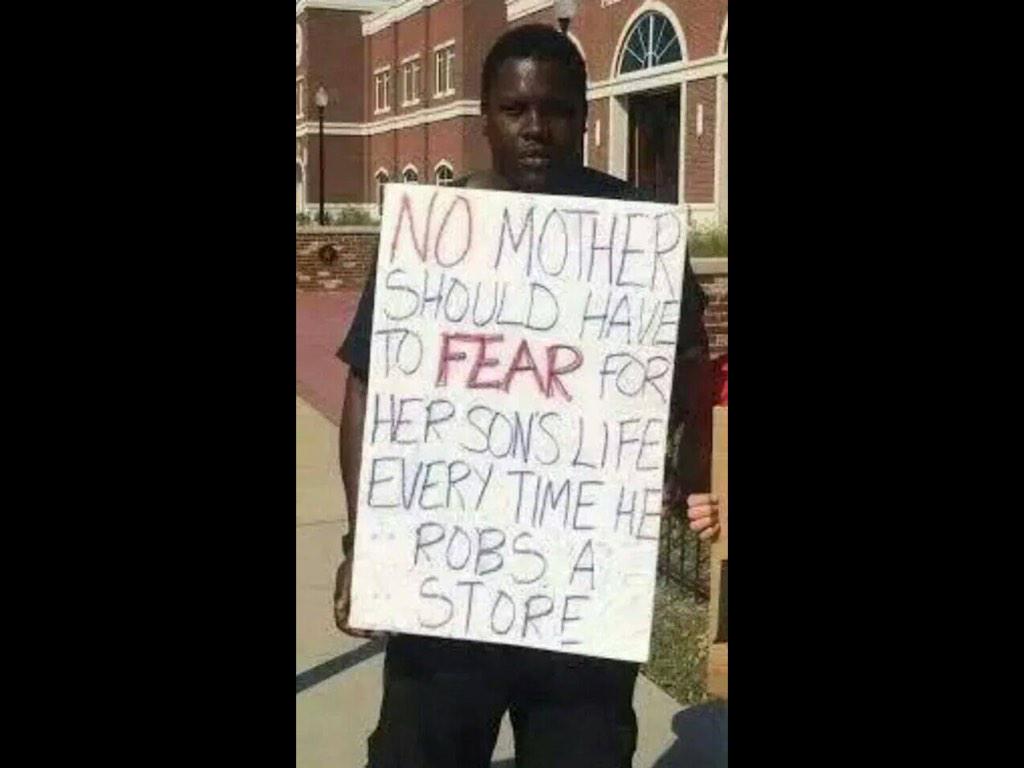 What is HE or SAINT Martin that started all this crap ?? 2013 ca

Given that Biden had repeatedly discussed the “murder” of Michael Brown, with no pushback by the media, about how it was cleared by the Obama “Just-Us” department as a justifiable homicide, OF COURSE it’s going to be supressed!

16 posted on 10/16/2020 8:38:05 AM PDT by JimRed (TERM LIMITS, NOW! Build the Wall Faster! TRUTH is the new HATE SPEECH.)
[ Post Reply | Private Reply | To 1 | View Replies]
To: rlmorel
When 6% of the population accounts for nearly 45% of the violent crime composed of homicide, aggravated assault, rape, and armed robbery, then it is a miracle that many more blacks don’t die at the hands of police in their dealings with violent criminals.

You are correct, sir.

I have no doubt that there are many people in this country who would read my words and be offended.

The truth does hurt some people, that much is true...