The alleged victim, James Kruzelnick, claims in the suit filed in New Jersey state court that he met Napolitano while working as a waiter at the Mohawk House restaurant in Sparta, NJ, in 2014.

During one of his visits, Napolitano allegedly followed Kruzelnick into the bathroom at the restaurant and groped him, the suit states.

“Defendant Napolitano grabbed plaintiff’s buttocks, and told him that ‘you are just so hot,'” according to the suit.

Kruzelnick rebuffed him, but continued to speak with Napolitano and serve as his waiter because he believed he was a “brilliant” man, the suit states.

As Kruzelnick was sitting in Napolitano’s living room, the judge walked over to him with his pants down and said, “I am really into certain things,” then sat on his lap.

“I want you to start slapping me really hard,” Napolitano allegedly told Kruzelnick, demanding that he “just f—king do it!” when he was skeptical, the suit states.

The judge also allegedly agreed to help Kruzelnick’s brother with his legal troubles if he continued to grant him sexual favors.

During this time, the judge allegedly came to the Mohawk House with a young man he identified as an intern from Fox News, where Napolitano works as a senior judicial analyst.

You know, when you’re on tv all the time, you really have to give up your freaky kinks. Why do people think they can do both?

I just threw up a little bit in my mouth....

Was this guy underage? over years? If this didnt occur during work. I can't see how you proceed with this lawsuit.

A woman could argue that any such play over years is sexual abuse. They'd be lawsuits from ex-girlfriends everyday.

Why is all this being revealed now? Has this guy been blackmailing the judge? “Keep paying my rent or else
I might start talking about ‘our arrangement’”.
A pox on both their houses.

I guess that over the years he just couldn’t have said no and not shown up. 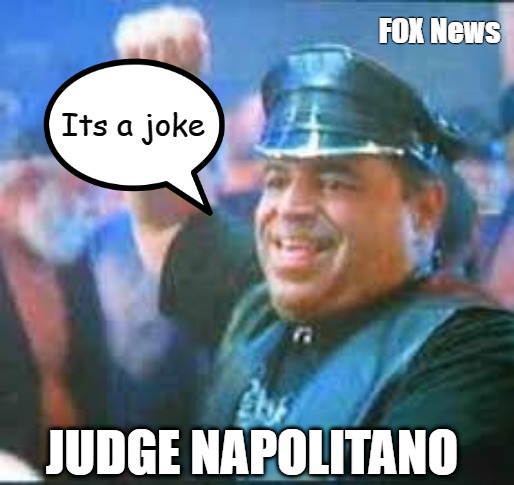 ‘
Go to New Jersey, there are some stories of this Judge and corruption / payoffs.

He left under suspicious circumstances.

And everyone knows he’s gay.

‘
Judge Napolitano hung around with Shep Smith, and his interns and staff.

Shep “dated” his interns, too.

Claims he was druged and raped in later encounters.

“I want you to start slapping me really hard,” A fitting epitaph for the judge.

Not shocked or surprised

I think this is BS. This is just one of the first false stories the Left is going to lob over the fence during the next month. Things are going to get nasty between now and Election Day, and then worse. No matter who wins.

Napolitano is an enemy of Trump.

Had no idea he was a queer, but other posters seem to indicate his faggotry has been known.

Shep was well known for his antics when Fox was renting in the News Building located at East 42nd Street between 2nd and 3rd Aves.

Napolitano identifies as a Traditionalist Catholic...