In recent weeks, Chinese leader Xi Jinping has emphasized the need for the country’s economy to develop an “internal circulation system—in other words, having domestic sectors produce all the goods for Chinese consumption, from raw materials to manufacturing.

The economy should “create a new development pattern where domestic and foreign markets can boost each other, with the domestic market as the mainstay,” Xi had said.

But Lou said that China’s 5G innovations—heavily subsidized by Beijing—could become a “blockage point” to this “internal circulation system” because no applications can be found for hundreds of billions of investment.

A man uses his mobile phone in front of a screen outside a telecom office in Beijing on Sept. 25, 2019. (WANG ZHAO/AFP via Getty Images)

Lou addressed the issue during the Chinese Economists 50 Forum held in Beijing, according to a Sept. 28 report by Hong Kong Economic Times.

The ex-minister analyzed that it would be impossible to alter supply chains into complying with Xi’s circulation theory and that China is unlikely to “successfully gain technological advantages.”

5G networking has remained a hotspot in U.S.-China tensions, as the United States has banned Chinese telecom giant Huawei from its 5G rollout and rallied other countries to do the same—citing security risks associated with Huawei’s ties to the Chinese military.

As of Sept. 5, mainland China has built 480,000 base stations for 5G networks, with over 100 million end-connections online, according to the statistics released by China’s Ministry of Industry and Information Technology (MIIT). 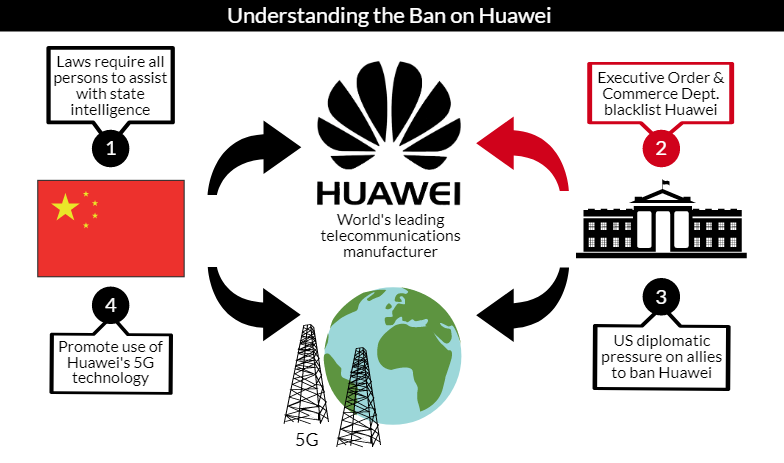 Lou Jiwei served as China’s finance minister from March 2013 until 2016. He was among the Communist Party officials who advocated for economic reform and is well-known for his outspoken character. During last year’s Chinese Economists 50 forum held on Feb. 16, 2019, he criticized the supply-side structural reforms the government was pushing, and condemned the practice of forming Communist Party organizations within private enterprises, which, he said “significantly undercut their confidence by having the Party intervene in corporate policies. ”

In an interview with Hong Kong-based South China Morning Post on Mar. 7, 2019, Lou expressed that he had been against the “Made in China 2025” economic blueprint from the very beginning. In his opinion, the initiative—which seeks to turn China into a high-tech manufacturing powerhouse by the year 2025—is a waste of taxpayers’ money.

[[[in other words, having domestic sectors produce all the goods for Chinese consumption, from raw materials to manufacturing.]]]

Good.
The more time passes the angrier I get at them.
The company I work for was on the cusp of tremendous success, now it’s just barely hanging on.
And ours is only one of millions.
F CHINA

Communists trying to use Capitalism in order to rule the world don’t fully understand how Capitalism works.

RE: The company I work for was on the cusp of tremendous success, now it’s just barely hanging on.

Exactly what did China do to your company?

[The company I work for was on the cusp of tremendous success, now it’s just barely hanging on.]


At least you’re not a former Nortel employee. Or shareholder, as I was. That’s why I hate Huawei with the heat of a thousand suns. If we ever do a nuclear exchange with China, I hope AFGSC uses Huawei’s HQ in Shenzhen as an aimpoint.

Shenzhen is the aimpoint for the other half of the tariffs - concentrated on the electronics industry. All teed up, requiring only the stroke of the President’s pen.

If President Trump is re-elected, and rolls them out over the first year, the giant sucking sound of jobs leaving from there will be much greater (more rapid) than it was from our “rust belt”.

As with so much of the Chinese economy, the 5G infrastructure got funded more on the basis of political objectives and get rich quick greed, then on a firm financial analysis.

Like so much of the rest of their economy, they borrowed more than they will be able to pay off, in the time agreed. Like so many others there, they just borrow more money, to make the payments on their earlier loans.

The Government just kept giving their banks more money to lend, to keep meting their growth targets. People kept whipping up deals to get in on the action. Influential connections counted for much more than sound business plans, as accounting/auditing firms there would cheerfully certify the financial soundness of a ham sandwich to borrow $100 million (for a fee).

The company I work for was on the cusp of tremendous success, now it’s just barely hanging on.]
At least you’re not a former Nortel employee. Or shareholder, as I was. That’s why I hate Huawei with the heat of a thousand suns. If we ever do a nuclear exchange with China, I hope AFGSC uses Huawei’s HQ in Shenzhen as an aimpoint.
...
I was a Nortel, BNR employee, too...lost my 401K. When I see commercials for 5G on Amazon Prime, I know it is bad, and the Millennial generation just loves it.

Oh well, at least they have “AI” to save the day.

“Exactly what did China do to your company?”

Oh, I don’t know. Maybe they intentionally released a lethal virus on the world, lied about it for months, and then spread propaganda to deceive the world into locking people down and trashing their own economies.