Thanks to former Florida Attorney General Pam Bondi, Americans were reminded about the corruption that has surrounded the Bidens for years. As she recalled for viewers during night two of the Republican National Convention on Tuesday, it was Hunter Biden's suspicious work in Ukraine that led to the bogus and sensational impeachment trial of President Trump earlier this year. As one of the members of the White House's legal team during the trial, Bondi knows more than most just how deep the corruption goes.

"When you look at his 47 year career in politics, the people who benefited are his family members, not the American people," Bondi said of former vice president Joe Biden. "Let's take a closer look."

"We all know about Joe's son, Hunter Biden. A corrupt Ukrainian Oligarch put Hunter on the board of his gas company, even though he had no experience in the country - or in the energy sector. None. Yet he was paid millions to do nothing. He only had one qualification that mattered: He was the son of the man in charge of distributing U.S. aid to Ukraine.

"And recently reported information revealed that a few months after Hunter Biden joined the corrupt company's Board, the Obama-Biden State Department began doing business with them even as it remained under investigation for corruption.

"It gets worse. That very same company was being investigated by a Ukrainian prosecutor. Joe Biden— the Vice President of the United States—threatened to withhold aid to Ukraine unless that same prosecutor was fired... and then he was fired. Hunter only resigned from that board…just before his dad announced his campaign for president."

It was this suspicious timeline and apparent corruption that Trump reportedly asked Ukrainian President Zelensky to investigate. Yet a White House whistleblower interpreted the request as Trump attempting to hurt his political opponent and help secure his re-election. Democrats did their best (not really) to convince their colleagues that Trump had abused his power and obstructed Congress. But the Senate would eventually acquit him of the charges.

Unfortunately, Bondi continued, corruption has found its way to other parts of the Biden family tree. She referenced a few other instances of Biden using his office to benefit his family, which you can watch in full below.

"Joe says he will build back better…yeah, build the Bidens back better," Bondi said.

Big job because there is so MUCH of it.

Yet they walk free.

boy, she stepped right in it!!.. she was someone who could take it on.. did they hear what she was reporting!!

I thought this was one of the most important speeches of the RNC so far because many people have not even heard of this.

The whiff of corruption with the Biden’s is overwhelming and it needs to be highlighted non-stop.

If, and I say if because I am doubtful, Biden debates Trump you can bet that Trump is going to bring it up. It is another reason I think he will avoid the debates because what happened in Ukraine and China is indefensible. The media has been able to largely ignore it and black it out for most Americans, but they won’t be able to do that in a debate and they will have to discuss it.

Biden has enough problems. MSM discussion of corruption and self-enrichment of his family will certainly not help him. Also consider this, there are several articles from left-wing rags out there and a few video clips from liberal journalists discussing the China deal with Joe and how it was wrong back during the Obama administration. Expect those to be dusted off this week at the RNC. I thought Bondi should have played some of those or used them as visual aids last night.

If anyone knows better definition of BRIBERY please let me know. Thanks!

Pam Bondi reminds voters that Republican chicks are a lot hotter than Democrat chicks ... and other stuff about the Bidens and corruption or something.

According to the media there is absolutely no proof of any wrongdoing. So there’s that.

8 posted on 08/26/2020 9:57:46 AM PDT by shelterguy
[ Post Reply | Private Reply | To 5 | View Replies]
To: Kaslin
…a few months after Hunter Biden joined the corrupt company's Board, the Obama-Biden State Department began doing business with them even as it remained under investigation for corruption.

cnn and etc.. said there was too much lying last night at the RNC.

Pam Bondi distinguished herself with a major declass of evidence during impeachment trial.


She was able to do this because the Dems had invoked Joe, Hunter and Burisma many, many times.

During the senate 'impeachment' trial defense of POTUS,
Pam Bondi came to the podium to outline
Bidens' son sitting on Burismas' Board of Directors with
very little experience,
and receiving in his accounts
exorbitant monthly payments regularly throughout
the year far exceeding what our largest U.S.
companies pay.

ALL MSM channels cut away during her presentation,
repleat with charts, payments, and intercepts. Should be: “The stench of corruption…”

Ok. Stench is better. I have not finished my second cup of Joe this morning.

Here are some news articles from Free Republic:

According to Charlie Gasparino of Fox Business, a subsidiary of the construction company Hill International was handpicked to oversee the building of at least 100,000 affordable homes in decimated areas of Iraq.

When asked why his company was chosen over all the others, company president David Richter didn't beat around the bush. "It really helps to have the brother of the vice president as a partner," he said.

James Biden was hired on as the executive vice president despite little if any documented work history in residential construction -- or anything else for that matter.

The company was awarded the lucrative government contract only six months later. Already worth over $7 million, Biden stands to make millions off the deal with the Iraqi government.

January 31, 2020 - James Biden got a sweet land deal from a lobbyist connected to his brother, Joe Biden

Politico's Ben Schreckinger reported Tuesday that Joe's brother, James, received an extremely favorable land deal from a lobbyist who has close ties to Joe and who has benefitted from Joe Biden's advocacy for years.

Tax bills from that time showed the parcel of land Green purchased had an assessed value of $38,000.

Then, in 2010, that same lobbyist and his wife gave James Biden a $133,300 mortgage on the other two parcels of land from the original acre. In 2013, they released that mortgage, saying they had received full payment.

Green worked as a Senate Judiciary Committee staffer under then-Sen. Joe Biden in the 1980s, before transitioning to the private sector and founding the lobbying firm the Lafayette Group in 1994. That group appeared to have a very favorable and profitable relationship with Biden.

In January the FBI raided the offices of Americore Health, a health care company that manages rural hospitals, where James Biden, brother of former vice president candidate and current presidential candidate Joe Biden, was a major investor. Documents prepared as part of an ongoing lawsuit against Biden and his business partners, hedge fund managers Michael Lewitt and Amer Rustom, allege they are in violation of Racketeer Influenced and Corrupt Organizations Act (RICO) and have committed fraud related to their investments in Americore and another company, Diverse Medical Management. The documents, prepared in March, were never submitted to the court and sources now say the lawsuit is headed for a settlement.

In the documents, Grant White, the former CEO of Americore, makes detailed allegations that Biden’s corrupt business practices helped drive his company into bankruptcy. White also alleges that Biden and Lewitt improperly took money meant for company operations and lined their own pockets. He further alleges that Biden failed to make good on promises that his political connections would deliver large investments from the Middle East.

A filing in federal bankruptcy court in February by the federal trustee, Paul A. Randolph, alleges White has “grossly mismanaged” his business; “has not operated the hospitals in a manner that is consistent with public safety”; and “improperly siphoned money from the Debtors for his personal benefit.” The court subsequently removed White as CEO of Americore by the court. In a lengthy missive to legal commentator Jonathan Turley’s blog in March, Michael Lewitt questioned White’s credibility at length.

However, White was prepared to submit a sworn declaration in the ongoing lawsuit against Biden and his business partners backing up his allegations. Further, he turned over a significant number of primary documents undergirding these claims that were reviewed for this article.

“[Biden told me] there’s not a single door in the country that we can’t open. So if I wanted to meet, you know, the head of Google, it’s a phone call,” White says. “He always represented himself as the fundraiser for his brother’s campaigns… he was the guy raising the money and so he knew everybody.”

Somebody please post the skeleton sitting by the computer thanks

She did a great job- She’s fearless and tough- 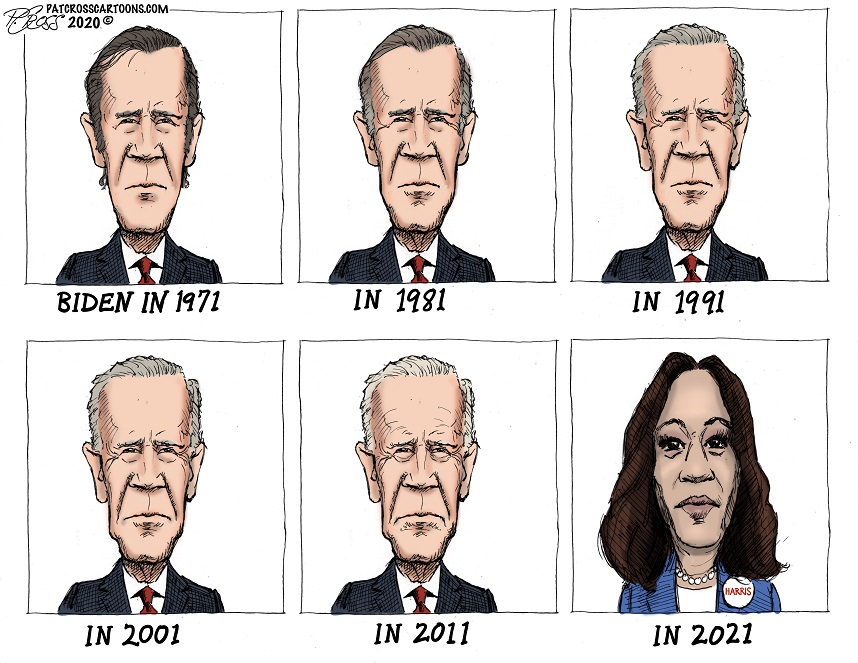 If that long...time to start the hard questioning of the proposed Vice President of America...Biden, if elected, might have a month or two before he "graciously" steps aside....

"So, although I don’t give blanket approval to everything our President has done or said in the past, I do support him as our president! I am not voting against Joe Biden, but I am voting against every thing that the party backing him and propping him up stands for. It is not the Democratic Party of the past.

What this POTUS has accomplished in just under four years is not just amazing, it is stupendous if not mind boggling not only for Americans, but many in this world. This successful outsider businessman has kept him promises or tried to/is working on them; works for you and me 24/7 unlike the political flakes we've seen in the past. I am voting for the American Greatness that President Trump knows and admires and is making stronger. My country means a lot to me and it, America, means a lot to President Trump.

What’s amazing is that a anonymous whistle blower was permitted to be anonymous and never questioned.

Going back, into the 1980s, I recall referring to Biden as “the senator from MBNA.”