Stacey Abrams is not a serious politician. Her influence is built on the sole foundation of media adoration inflated by glowing profiles but ignored by the Biden campaign during the presidential veepstakes.

Failed 2018 Democratic Georgia gubernatorial candidate Stacey Abrams thought she might be on the ticket this week. Given her weeks of public campaigning in the run-up to the vice presidential selection process, her allies in the media seem to have agreed.

Breaking with longstanding tradition, Abrams openly sought out the number two spot after narrowly losing her bid for the Georgia governor’s mansion just two years earlier. Ever since then, Abrams has refused to concede it was a free and fair election lost to then-Georgia Secretary of State Brian Kemp declaring herself the rightful governor anyway despite no evidence of widespread voter suppression that could have guaranteed Kemp’s victory.

Still, Abrams paraded around the country charging Republicans with robbing her of the Georgia governor’s office, launching a nationwide voting rights group immediately after and cultivating sympathetic allies in the media to facilitate her presidential campaign.

The Abrams story is yet another tale of Democratic candidates failing upwards. Apparently, losing a major election can make a politician more successful than actually coming out on top, where then they would have to answer for decisions they made while in office.

Two years later, Abrams strong-armed her way into the Biden veepstakes despite never winning a statewide office. She did so only by complaining that she had indeed, never held a statewide office while making threats in the process. It’s no surprise then, that Abrams was only taken seriously for the job by friends in the legacy media.

According to New York Times reporting on the process after the Biden campaign’s final selection of California Sen. Kamala Harris, Abrams didn’t crack the final four. In fact, Abrams wasn’t even vetted for the coveted position. And this week, the Democratic National Convention (DNC) only added Abrams to the last-minute speakers line-up after being mocked for her absence from it online. After all, Abrams has a history of publicly shaming institutions which make decisions that don’t go her way.

Abrams is not qualified to be president. She has never held an executive position in government. She has never worked in a capacity dealing with complex foreign affairs. She has never even worked for the federal government. Her only experience outside of state and local politics extended to writing several pornographic romance novels. Former Minnesota Gov. Jesse Ventura is more qualified to take the reins at the White House than the imaginary Georgia governor who has never accepted the loss of her own recent election.

Still, Abrams and her friends in the media did everything in their power catapult the failed gubernatorial candidate to the nation’s highest office in the absence of any major accomplishments that warrant such a promotion. Abrams made at least three appearances on “The View” since the start of the new year. She bathed in perfunctory praise during interviews and was showered with glowing press profiles playing up her righteous quest to de-legitimize American elections, as if it was ample qualification to take command in the Situation Room with “25 years of independent study in foreign policy” as the basis for her expertise.

“I would be an excellent running mate,” Abrams said in a gleaming April profile by Elle Magazine, lush with the kind of adoration that has become a typical exercise of our mainstream media elites covering their heroes.

“The political star that is Stacey Abrams has continued to rise,” the magazine observed.

CBS’ Gayle King was more direct during an April interview openly touting for Abrams to be picked.

A few months later, Amazon even announced it was funding a new documentary on a “fearless” Abrams. It focused on her election loss, even after she admitted to having “no empirical evidence” that she would have garnered more votes to clinch the governor’s mansion had Kemp not been in power.

Perhaps no piece of praise however, has been more bizarre than the 6,000-word Washington Post profile depicting Abrams as a political superhero in a silhouette cape headlined, “The Power of Stacey Abrams.” Pandemonium ensues as she walks to the far left of the stage, like a runway supermodel, stops on a dime, poses, tilts her head slightly and smiles. Camera flashes explode. She next pivots and walks slowly to the center of the stage, freezes there and repeats the pose. Again, the flashes explode.

Abrams is summoning her inner actress, and she is both enjoying the moment and getting through it to get to the conversation. She then pivots and walks to the far right of the stage, same. You wonder whether she has done this before, because it is not necessarily what one would expect from a 46-year-old politician who was nearly elected the first black female governor in U.S. history.

She lost by fewer than 2 percentage points in the 2018 Georgia race riddled with allegations of voter suppression. Before that, she was a state legislator who had served as a leader in the Georgia General Assembly for a decade. Now her name is on political pundits’ shortlists of potential running mates for Joe Biden. She also happens to have predicted that she’ll be elected president by 2040.

Abrams however, is not a serious politician. Her influence is inflated by an adoring media, but she was ignored by the Biden campaign over the course of the vice presidential selection process and she was even left off the convention speaking schedule until the last minute. Will she actually be president by 2040? Who knows. If the last four years have taught us anything in American politics it’s to not rule out what can happen two decades from now. But will she be president in the next four years? Absolutely not.

Things that size typically don’t travel in an arc.

The erstwhile Gov of Georgia. Has she accepted the pick to be rip van bidens VP choice yet?

I’m still surprised she didn’t just unilaterally declare her acceptance of the Veep spot, and tacitly dare them to do something about it.

Noah would have to build one just for her, and whatever creature would mate with her.

Sounds like a round of bidding at a cattle auction.

Say what you want, but it worked for Barrack Obama. Obama was lionized by the media and selected for the Presidency and it worked. There really was no other reason for the success of Obama and the garnering of 8 years in the Oval Office. 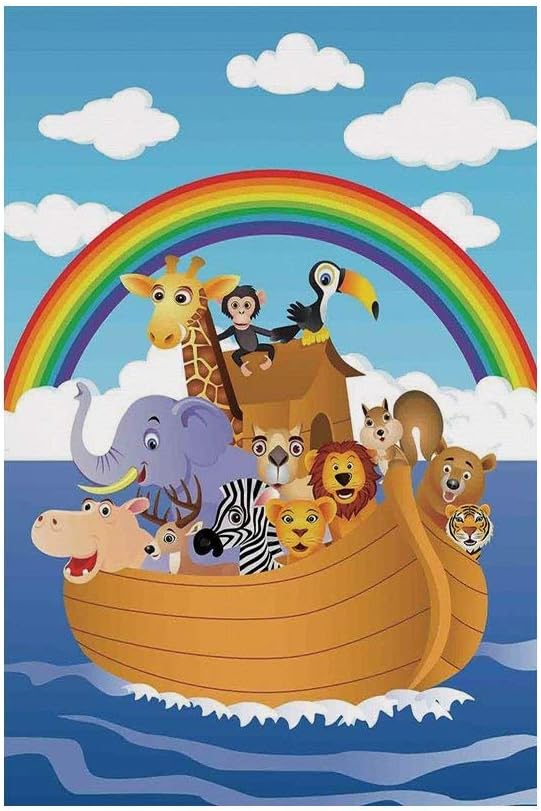 I’m reminded of the shot put. 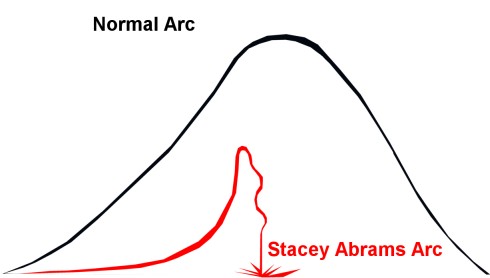 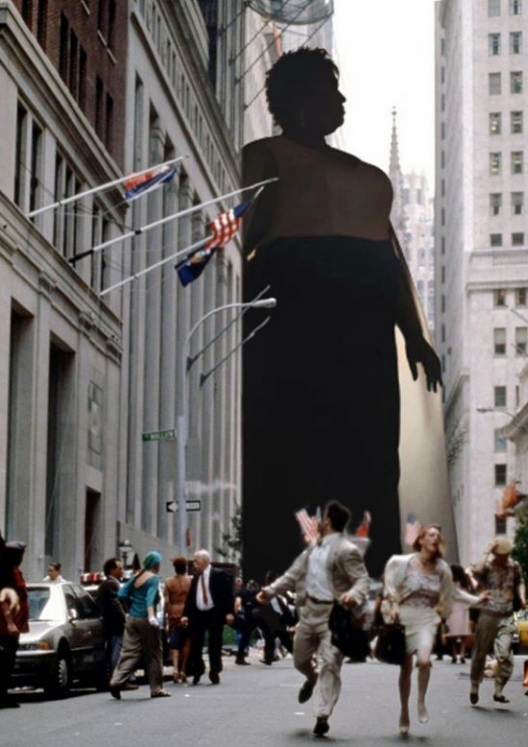 - people who believe that they are very smart when they are not, and smarter than they really are

She wants her likeness placed over Davis, Lee, and Jackson on Stone Mountain.

I think they need a bigger catapult, much, much bigger...

Which of her many arcs is he talking about??

The Orca Of Stacey Abrams

How do the dems do their selecting of pols to sell to the public? How in the world does a gem like Abrams rise to the top?

Who dares such disrespect to Her Esteemed Excellency, Stacy Abrams, the Georgia Governor In Exile?