Shanghai Academy acts as a front for Chinese spy recruitment, according to FBI

The Brookings Institution, a prominent Washington, D.C., think tank, partnered with a Shanghai policy center that the FBI has described as a front for China’s intelligence and spy recruitment operations, according to public records and federal court documents.

The Brookings Doha Center, the think tank’s hub in Qatar, signed a memorandum of understanding with the Shanghai Academy of Social Sciences in January 2018, the institution said. The academy is a policy center funded by the Shanghai municipal government that has raised flags within the FBI.

Since the partnership began, the organizations have teamed up to host a 2018 conference in Shanghai and a 2019 joint workshop in Doha. Both events focused on Middle East cooperation with China’s Belt and Road Initiative, Beijing’s multinational infrastructure project that the U.S. government has described as a global security threat.

"We highly value our partnership with the Shanghai Academy of Social Sciences," Brookings Doha Center director Tarik Yousef said at the joint workshop last December, calling the partnership a "very productive collaboration that is expanding, deepening, and allowing us all to better understand each other."

According to federal court records filed by the FBI, the Shanghai Academy, which describes itself as "the second biggest academic organization and comprehensive research center in the fields of philosophy and social sciences in China," is closely aligned with Beijing’s top spy agency, the Ministry of State Security. It has been used as a front group for Chinese intelligence collection and overseas spy recruitment, the FBI said.

The court records are part of a criminal case against retired CIA officer Kevin Patrick Mallory, who was sentenced to 20 years in prison last year for selling classified U.S. defense documents to China in 2017. Federal investigators said Mallory was recruited by a Chinese national who contacted him on LinkedIn and "represented himself to Mallory as working for a PRC think tank, the Shanghai Academy of Social Sciences."

According to the 2019 affidavit, the FBI believes that senior Chinese officials use Shanghai Academy of Social Science for "cover identities" and tap its employees as "spotters and assessors" of potential spies.

China’s Ministry of State Security, which has close ties to the academy, the affidavit says, is "focused on identifying and influencing the foreign policy of other countries" and conducts "clandestine and overt human source operations, of which the United States is a principal target."

Joseph Bosco, who served as China country director under former secretary of defense Donald Rumsfeld, told the Washington Free Beacon that think tanks such as Brookings are an attractive target for Chinese intelligence because they provide access to well-connected government insiders.

"A lot of the think tanks are populated by former government officials who have inside information on how the government works, particular policies," he said. "They have connections to people who are still in the government, so they’re a wealth of potential information."

A Brookings spokesman told the Free Beacon that Brookings is no longer affiliated with the Shanghai Academy, and that the partnership was "a two-year collaboration consisting of two events that explored political and economic relations between the Middle East and China." The spokesman said the two groups did not exchange funds.

Chinese has a long history of spying in the United States and abroad, but its intelligence operations have drawn renewed attention this year due to a string of high-profile spy cases brought by federal prosecutors. In recent months, the U.S. government has charged multiple university professors and researchers, including the former chair of Harvard University’s chemistry department, with defrauding the government while working on behalf of Beijing. In July, the Trump administration ordered the closure of the Chinese consulate in Houston, saying it was used as a base for espionage.

Brookings describes its Doha Center as an "overseas center of the Brookings Institution in Washington, D.C.," and a "hub for Brookings scholarship in the region."

The center has advocated for increased cooperation between Middle Eastern countries and China’s Belt and Road Initiative, which would temper U.S. influence in the region while increasing China’s economic and political leverage.

That event, which took place in Shanghai, included speeches and panels touting the benefits of the Belt and Road Initiative to both China and the Arab world. Speakers included Yousef, Brookings Doha Center research director Nader Kabbani, former Jordanian government official Ibrahim Saif, and numerous Chinese and Middle Eastern policy experts, according to the event schedule.

Beijing’s Belt and Road initiative is an ambitious long-term plan to build a Chinese-funded trade route—including ports, roads, high-speed railroads and airports—in countries across Asia, Europe, Africa, South America, and Australia. Secretary of State Mike Pompeo has described it as a "treasury-run empire" and a "risk to American interests" that would massively expand China’s sphere of influence, global military presence, and economic leverage over participating countries.

Nearly two dozen scholars at Brookings currently serve as advisers to the Biden campaign, including director of the Brookings China Strategy Initiative Rush Doshi and the director of foreign policy research Michael O’Hanlon, according to their biographies on the website. Other Brookings officials, such as Middle East senior fellow Tamara Cofman Wittes, previously worked under President Obama and could be candidates to serve in a prospective Biden administration.

The most recent joint workshop held by the two groups took place last December at the Marsa Malaz Kempinski, a luxury hotel in Doha, and included "over 40 experts representing several distinguished international institutions," according to a press release. 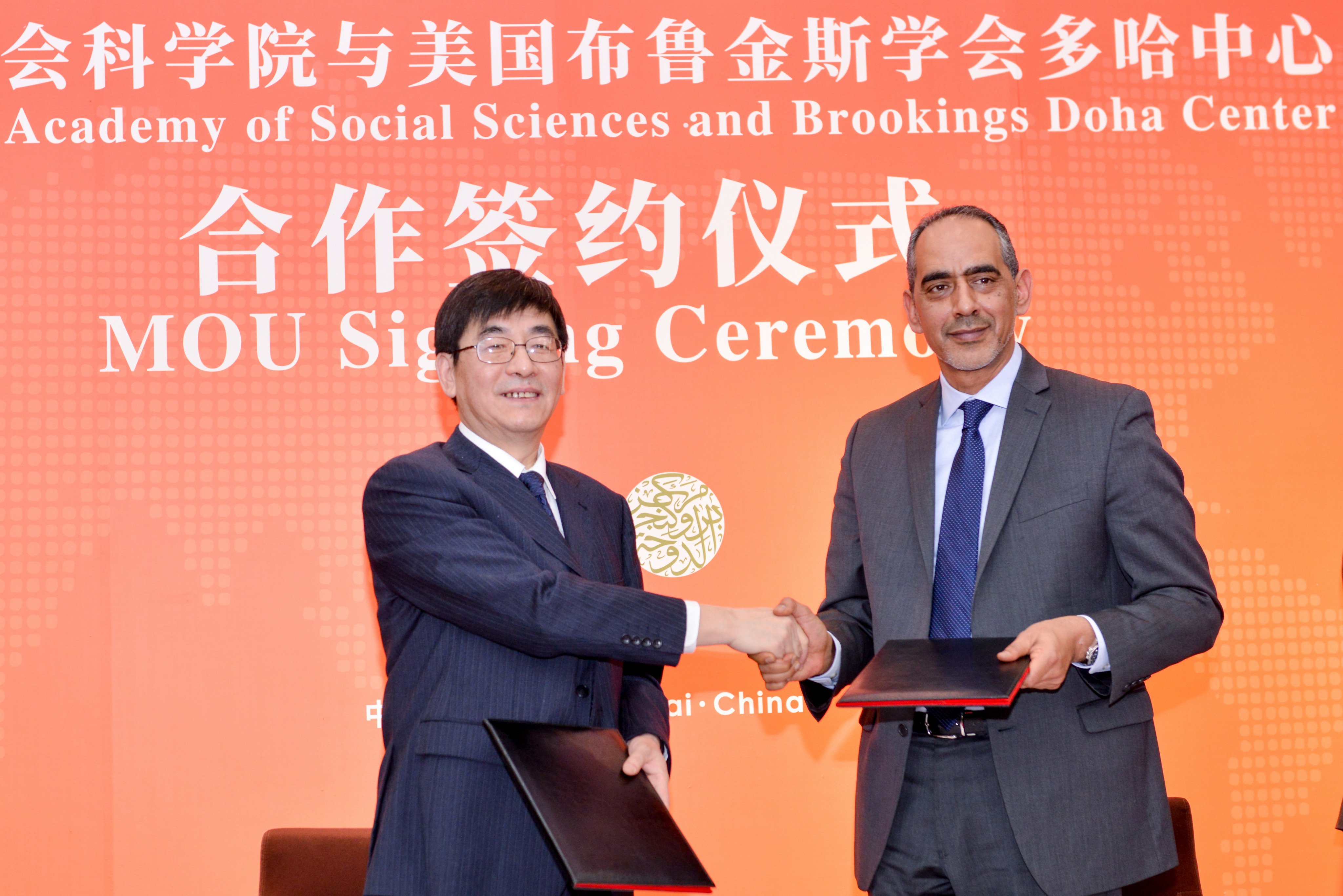 In other news, the sun "appears" to rise in the east and set in the west...

Brookings has traditionally been the Dims foreign policy think tank.

They were the go to think tank as far back as Roosevelt.

East Coast version of IPR. Instead of KGB agents in it, Brookings is getting CCP agents. With ten of them you get free egg rolls.

Qatar... other countries around it have been cutting ties: