The first-term Democratic governor has been repeatedly mentioned as a possible vice presidential pick – Biden has said he will pick a female running mate – or Cabinet member.

Unlike some candidates, Lujan Grisham has not rejected the speculation or said she would decline an offer, but she has also not publicly touted her own credentials.

“It’s flattering, but I try to just keep focused here,” the governor said in a recent interview with The Washington Post that was broadcast online.

However, Lujan Grisham has hit the virtual campaign trail for Biden, participating remotely in an Arizona roundtable event hosted by the Biden campaign last week and headlining a virtual Pennsylvania fundraiser in June.

That’s led to some criticism from Republicans, including from President Donald Trump’s reelection campaign, who have argued that a Biden presidency would hurt New Mexico’s energy-reliant economy.

“If Michelle Lujan Grisham spent as much time governing as she does auditioning to be on Joe Biden’s presidential ticket, New Mexico would be in a better place,” Trump Victory spokesperson Andres Malave said.

University of New Mexico political science professor Gabriel Sanchez said the governor has handled the speculation well overall, adding, “I think she’s playing it as smartly as she can.”

Sanchez said Lujan Grisham’s handling of the coronavirus pandemic could demonstrate her executive chops, though it’s also exposed her to lawsuits and second-guessing.

But he said Lujan Grisham, who is New Mexico’s second Latina governor, could still bring regional appeal. “If they perceive she could be helpful in flipping Texas, that’s a game changer,” Sanchez said.

SANTA FE – The food fight between Gov. Michelle Lujan Grisham’s administration and the New Mexico Restaurant Association is getting even messier.

Attorneys for the restaurant association filed a new lawsuit in the Albuquerque-based 2nd Judicial District on Friday in an attempt to force the Lujan Grisham administration to turn over documents underpinning its decision to reimpose a ban on in-person restaurant dining.

The restaurant group, along with several restaurants around the state, filed a separate lawsuit last week seeking to block the Lujan Grisham administration from enforcing its reimposed ban on indoor dining at eateries and breweries.

A District Court judge in Carlsbad temporarily barred the Lujan Grisham administration from enforcing the ban on Monday, but the Supreme Court allowed it to be reimposed after the Governor’s Office filed an emergency petition later the same day.

Both sides have been ordered by the Supreme Court to file responses in the case next week.

She's also picked fights with New Mexico's small town mayors and county sheriffs who aren't enforcing her mandates. She sends the State Police to restaurants and stores to enforce her no-indoor-dining edicts and masks for all, all the time requirement. Also the state sends staff to businesses of those employees who test positive to perform inspections and direct cleaning/disinfection efforts. 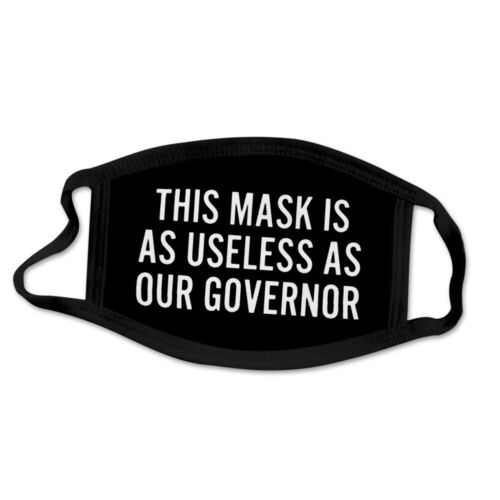 Another Marxist Democrat governor. She will jump at the chance at the VP slot....power and control top her list, as it does the RAT party. That is one of the reasons they like her so much.

“If Michelle Lujan Grisham spent as much time governing as she does auditioning to be on Joe Biden’s presidential ticket, New Mexico would be in a better place,” Trump Victory spokesperson Andres Malave said.

Slo’ Joe can’t pick a running mate until the ChiComs make their decision.

Yes, a functional, controlled Manchurian Candidate must be carefully selected....(sarcastic but maybe not)

On the bright side, it would get her the hell out of NM.

Also, on the bright side, I went to Walmart yesterday, wearing my ‘useless governor’ mask, and got many compliments on it, and only a few dirty looks from ‘Karen’ types.