How to Prepare for a Communist Coup
American Thinker.com ^ | July 25, 2020 | Judith Acosta

Even as I write the title for this article, I wonder: Is that in fact possible? Can we be prepared for a hostile takeover?

The other day I was speaking with a friend about the ongoing insanity in some of our greatest cities: Seattle, Boston, NYC. We bemoaned the reappearance of the “democratic socialist” in the United States. It seemed incomprehensible to us—and horrifying, like a slow-growing metastasis or an insidious dementia. I wondered how we could prepare ourselves for the eventuality of a horde of lunatics reaching our otherwise peaceful community or worse—occupying the White House.

With years of experience as a doctor of pharmacy in critical incident work, including 9/11, she was the right person to ask. I also knew that her understanding of these things had been shaped by having had a father who risked his life in the Dutch Resistance, survived and escaped three concentration camps, and lived to be liberated from Nazi Europe. He was a complex man with a two-sided nature: aloof and critical but also a hero, having sacrificed a good part of his health and emotional well-being in order to save Jews and Christians he didn’t even know.

I asked her a simple question: if you had a time machine and wanted to warn your father, or the Jews or Ukrainians in the late '20s and early '30s, what would you tell them?

Her response surprised me: “Keep your eyes open, look for the truth, don’t be afraid to speak up, keep the faith and trust in God.”

Most of the comments are interesting.

Buy as many guns and ammo as you can and bury em deep. Rally with like minded Patriots. Beware of the fakes.

Excellent video.... a warning about not repeating Yugoslavian history

The coup has been going on since Inauguration Day 2017 (and before). The President just has to give the word.

Good advice minus the bury part. 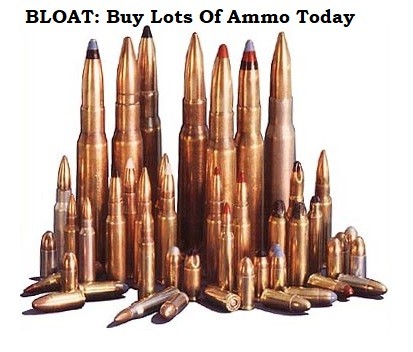 Both organizations are receiving moral and material support from members of the democrat party, and the media.

It’s happening, and most of the public has no clue.

Keep Trump in office. As long as he’s in office, it won’t happen. If biden wins, the public will stop paying attention, and the country will lose all of its fundamental rights, one after another, with not a word in the media, as they cheer the destruction of our country, the seizure of White-owned assets, and the replacement of Whites.

I have been researching armor. The brand I have been looking at has a 10-12 week delivery time, putting delivery sometime in October, IF I buy it. Expensive.

Nightvision or a thermal scope could be a life saver, also expensive. Laserproof goggles, if you can get them.

This is a must watch video, IMO.
It explains so much about what is going on right Now.
It’s from the 80’s ... the democrats have been planning this for a very long time!
Please watch.

Interesting comments from leftist/protester and comments back from patriots.

I would add...kill the instigators and their backers

Things look pretty dire, but some really godly people are prophesying that God is merely letting things build up to where HE will step in and take over, and bring in the Golden Millennial Reign of The Lord Jesus Christ.

No, this in hard line Fascism, with the Antichrist ready to be revealed.
1.Banking MBOs, CDOs 2.”Insurance”3.”Medical(Pharmakea))

The utter, abject horrors of Communism in the 20th Century and beyond are NOT taught at any level in academia.

People in the Soviet Union were liquidated, up to 100 million of them. Where is this in the history books?

In fact, academia praises Communism. And this is what American children learn.

“And how we burned in the camps later, thinking: What would things have been like if every Security operative, when he went out at night to make an arrest, had been uncertain whether he would return alive and had to say good-bye to his family? Or if, during periods of mass arrests, as for example in Leningrad, when they arrested a quarter of the entire city, people had not simply sat there in their lairs, paling with terror at every bang of the downstairs door and at every step on the staircase, but had understood they had nothing left to lose and had boldly set up in the downstairs hall an ambush of half a dozen people with axes, hammers, pokers, or whatever else was at hand?... The Organs would very quickly have suffered a shortage of officers and transport and, notwithstanding all of Stalin's thirst, the cursed machine would have ground to a halt! If...if...We didn't love freedom enough. And even more – we had no awareness of the real situation.... We purely and simply deserved everything that happened afterward.”

The commies made two major tactical errors and are now fighting a three front war.

They attacked Mexican neighborhoods and businesses in Chicago, opening a second front, and tried to burn the Mexicans out. Big mistake.

The Mexicans erected barriers and manned them with people carrying AKs. The BLM racists were attacked and driven back to their ghetto, where they are now pinned down. This attack will cause serious political ramifications against the rat party and its racist BLM. It might even cause the race war between Mexicans and blacks to go hot again.

Then they attacked federal buildings, opening a third front, and Trump reacted with armed federal agents.

These tactical errors forced the BLM commies to retreat to safe enclaves where they can seek safety and support from crooked politicians. With the commies bogged down in identifiable areas, counterattacks can be initiated against the commie leadership, which is happening now.

The commies don’t have the manpower or tactical means or logistical support to fight a three front war. But the left always over reaches and this over reach will be fatal.