Michael Dukakis, the former Democratic Massachusetts governor who lost his 1988 White House bid to then-Vice President George H. W. Bush, is warning Joe Biden not to take polls showing him with a double-digit lead over President Trump too seriously.

A recent Fox News poll has Biden, the presumptive Democratic nominee, leading Trump 50-38 nationally as concerns grow over the coronavirus pandemic, racism and unemployment. He also leads Trump by 8.8 percentage points in an average of the latest national polls compiled by Real Clear Politics.

By comparison, in late July 1988, a Newsweek/Gallup poll showed Dukakis with a 55-38 lead over Bush, according to The Boston Globe.


"Particularly this year, [polls] should be studied cautiously," Dukakis told the Globe. "Biden can and should win, but being at 50, no matter how weak your opponent is, is no guarantee of success.”

Dukakis' numbers took a nosedive following a series of public relations gaffes, as well as what was regarded as a dispassionate performance in the second debate between himself and Bush. At one point, CNN anchor Bernard Shaw asked Dukakis if he would support the death penalty if his wife were raped and murdered.

Dukakis said "no," citing his belief that capital punishment isn't a deterrent to crime. Many saw his answer as cold.

TOPICS: Government; News/Current Events; Politics/Elections; US: Delaware; US: Massachusetts
KEYWORDS: 1992; bernardshaw; biden; capitalpunishment; clintonnonnews; clowncar; cnn; delaware; dukakis; hollywoodnitwits; joebiden; joeclowncarbiden; massachusetts; michaeldukakis; trump
My own advise to Biden would be to ignore Dukakis. The New York Times and CNN using their special sauce polls have all but guaranteed a Biden win in November. Why, my own witch doctor after great sorcery and withcraft and deep consultation with the spirits came out and said, "The one they call O'Biden shall surely become President". Stay in the basement Joe.
1 posted on 07/03/2020 11:29:49 PM PDT by SmokingJoe
[ Post Reply | Private Reply | View Replies]
To: SmokingJoe

As for the poll, there isn’t even an “i’n embarrassed/afraid to say i’m voting for the republican” factor.

So it may have been 23 percent if taken today

Polls are for dancing.

Not been out of the house in months. Wow. What a campaign.

August 2016: “The new McClathy-Marist poll has Clinton ahead of her Republican rival by 15 points”

LOL!! That’s the song I thought of too! 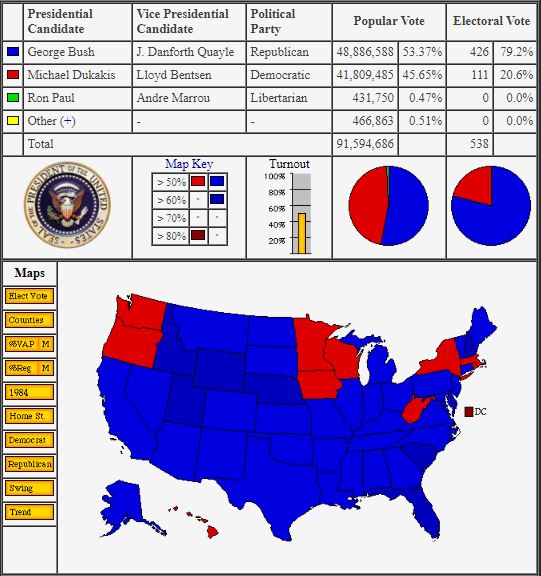 Is America seriously believing that social problems are solved by soy boys parading gay flags and not men with boots laying down asphalt? Did they take this poll in a big city? This is really stupid.

Evidence that the press was an arm of the DNC in 1988, too. Campaign mode is always “on.”

Scott Adams in his Thursday podcast said that the polls are wildly off because the massive intimation and threats of violence by the left is creating a record-level Bradley Effect.

He is predicting Trump will win in a landslide.

I am finding it hard not to laugh when I hear folks talk about how Biden will be the next president.

You can’t fix stupid, and I am not going to waste my time trying to do so.

I must have missed him saying that because I didn’t hear it during any of this week’s podcasts.

I did hear him say that if Trump doesn’t promote the use of masks it 100% disqualifies him from being president and everyone should vote accordingly. Scott Adams is obviously a f’ing idiot.