Against the Police: Nets Skip Death of Tulsa Officer Shot in the Head
Newsbusters.org ^ | 7/1/2020 | Nicholas Fondacaro

On Tuesday, 15-year Tulsa Police Department veteran and Sergeant Craig Johnson died at a hospital after sustaining a gunshot wound to his head on Monday. Six-week rookie Officer Aurash Zarkeshan was also in critical condition after also being shot in the head during the same struggle with a suspect. Though Monday's CBS Evening News was the only broadcast newscast to report on their hospitalization, neither they nor ABC, or NBC informed their viewers about Sgt. Johnson’s passing.

Two Tulsa, Oklahoma, police officers are in critical condition tonight after both were shot in the head during a traffic stop. One of the officers is a rookie, he’d only been on the patrol for six weeks, the other a sergeant. Police say a suspect is now in custody.

But the incident was never mentioned again, even after one of the officers had died and the other was still in critical condition.

TOPICS: Crime/Corruption; Philosophy; US: Oklahoma
KEYWORDS: aurashzarkeshan; craigjohnson; leo; lookwhohatescops; nicholasfondacaro; oklahoma; ripsir; tulsa; whataretheirfrnicks
Well, RIP youngster. Hopefully the rookie will recover. This is a sad (yet again) of the lame stream showing their true colors. Of course the lib will say if they had just let the perp be none of this would have happened. Grrrrrrr!
1 posted on 07/02/2020 9:36:46 AM PDT by rktman
[ Post Reply | Private Reply | View Replies]
To: rktman

RIP Sergeant Johnson. Prayers for his family and all who protect and serve.

That omission is deliberate and intentional. They want the cops dead. They don’t want you to know that pieces of privileged garbage not only want cops thrown in jail, but want them dead.

Their goal is the breakdown of constitutional order, which they will take advantage of to set up a new form of government. The model for this is Seattle Occupied Zone. The outcome was a violent, fascistic dictatorship. And that’s what the entire country will become under democrat rule.

Every alphabet TV viewing of them validates them.

Only the national shutting down of public school and a blitz of nothing BUT conservative and truthful news casting will even dent the infected minds of America. 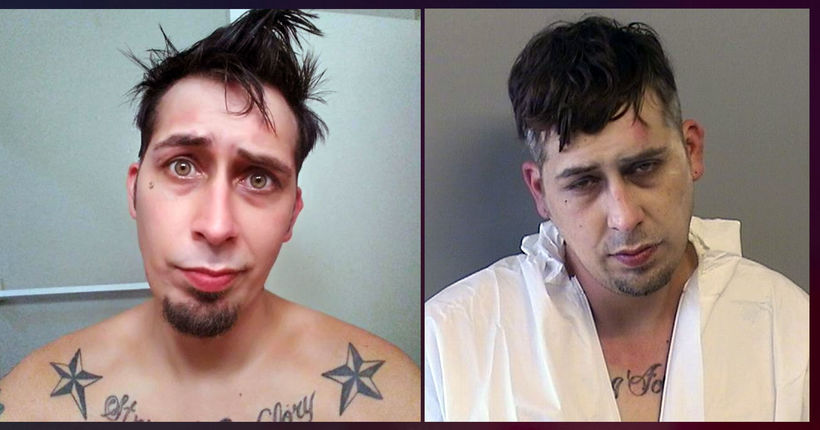 Anyone see this Story on any of the Alphabet Channels Network News, CNN or PMSNBC?

Propaganda isn’t just what they tell you, it’s what they choose not to tell you.

He was that frequent felon look, and lo and behold — multiple arrests and convictions. WHY WASN’T HE IN JAIL? Society has to stop letting predator loose.

The drive-bys' first instinct would be to run a puff piece on the murdering punk, and then continue to eulogize him, while finding, exaggerating, or lying about the pasts of the officers. This is actually a step in the right direction, although, apropos of nothing, revenge is still a dish best served code, er, cold.

As the casket of officer Johnson was being moved from Tulsa to the Medical Examiner in Oklahoma City, the vehicle moving the casket and an officer escort had an accident in Oklahoma City. Three motorcycle officers were injured. Current information is that the injurious are not serious.

Prayers for the family of Officer Johnson, those officers involved in the accident, and for all police everywhere.

The Marxist media hates the cops so why would they mention this? Having said that, the feeling is mutual.

The ONLY “lives” that matter to the butt boys in the press are the lives of black men killed by cops (less than 14 unarmed black men were killed by cops in 2019) because those victims can be used as an excuse to riot and look and bully citizens.

All the other lives don’t matter.