US President Donald Trump will make a big announcement on the Middle East based on current talks, Counselor to the President Kellyanne Conway told reporters on the White House lawn on Wednesday.

Asked about the possibility of Israel extending its civil law to parts of the West Bank, Conway said: “We are having conversations, there are conversations being had. Obviously, the president will have an announcement. He's talked about this in the past, and I’ll leave it to him to give you a big announcement, and we’re very happy these talks continue.”

Conway, who is not generally involved in foreign policy matters, spoke as US Ambassador to Israel David Friedman was in the US to meet with Secretary of State Mike Pompeo, special adviser to the president Jared Kushner and special representative for international negotiations Avi Berkowitz to discuss what kind of sovereignty moves from Israel the US should support.

They will also discuss whether to give Prime Minister Benjamin Netanyahu a green light to move forward even if Alternate Prime Minister and Defense Minister Benny Gantz does not agree, because the prime minister has enough votes without Gantz, who supports a smaller sovereignty push. Trump is expected to make a decision on the matter.

I’m over half a century old. Presidents have been working on Middle East peace plans my entire life.

Meh, ain’t gonna be Peace in the Middle East.

Sounds like Israel would surround a future Palestinian State, and maybe become like an Indian Reservation is here.

There could be, but ya gotta follow my tagline, and it will be messy and the faint of heart will have guilt attacks that will be fatal.

Me too. How many years? How many presidents? How many Israel PMs? And all a total waste. The Pals are Arab trolls hate Israel and the Arabs just keep feeding them. They always will. The wiser among us have always said that the only way a REAL, LASTING PEACE will occur is for a VICTORY to occur over the terrorist and hate-driven forces of the Pals to happen. History bears that opinion out.

While Trump's efforts are well-intentioned, it will be window dressing....

This does not seem like a top priority when we’ve got so many problems here at home in America.

The big difference in this one is that it began with a vision of a map, and from a real estate developer whose profession is in envisioning real property and knowing how to eliminate the blight and develop the land. A developer takes an idea - a dream - that no one else can dream up, and then runs with it. A lot of folks hate a guy like that, because you can't keep a good man down.

A developer takes a negative and turns it into a positive. These are the simple, intrinsic meanings of words and *deeds*. Believe the deeds.

What President Trump envisioned for the State of Palestine is simply what everyone already knows, but the real estate developer had the ability (temerity!) to draw it out on a map for all to see.

See the profile of the man facing west...

What is seen is a sickly shell of a blue-pallored Pali-Man propped up on his death bed, hooked up to Gaza with a Hickman catheter. Gaza -- now there's a real source of healing and life. Yassir Arafat is not available for comment. The same vision (visual) depicts Joe Biden, who is bidin' time.

Many people complain these days that no one can read a map anymore!

Compare the images of the profile map of "Judea and Samaria"-Man. He's a robust man, full of the spirit of life, and of many talents and life skills -- the veritable Can-Do man who takes a licking and keeps on ticking. He makes the desert bloom anyway because that's just how he rolls, always waking up on the sunny side. Kind of like this good-natured, energetic man: 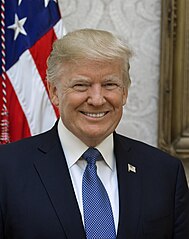 In a man's name is his mission. A name waits for its owner to embrace it for the good it holds within, and then for the master of that name to get up and run with it.

Poor Pali man -- Paradise right under his feet, but he insists on running headlong off of a cliff. What can you do.

Essentially that's been the essence of every plan since the UN changed the British/Sykes Picot plan from one Arab State, Transjordan, one Jewish state, Palestine. The UN decided to carve out a second state from the Jewish state, so it's landlocked other than Jordan and Gaza. Not to worry, the Arabs have turned down every and any plan allowing for the existance of Israel, as they will this one.

I hope Robert Jeffries has advised him not to divide Jerusalem.

The current unrest we’re seeing may be a direct result of just that.