The Role Of Family And Community During The Lockdown
The Federalist ^ | June 4, 2020 | Allyson Schuster 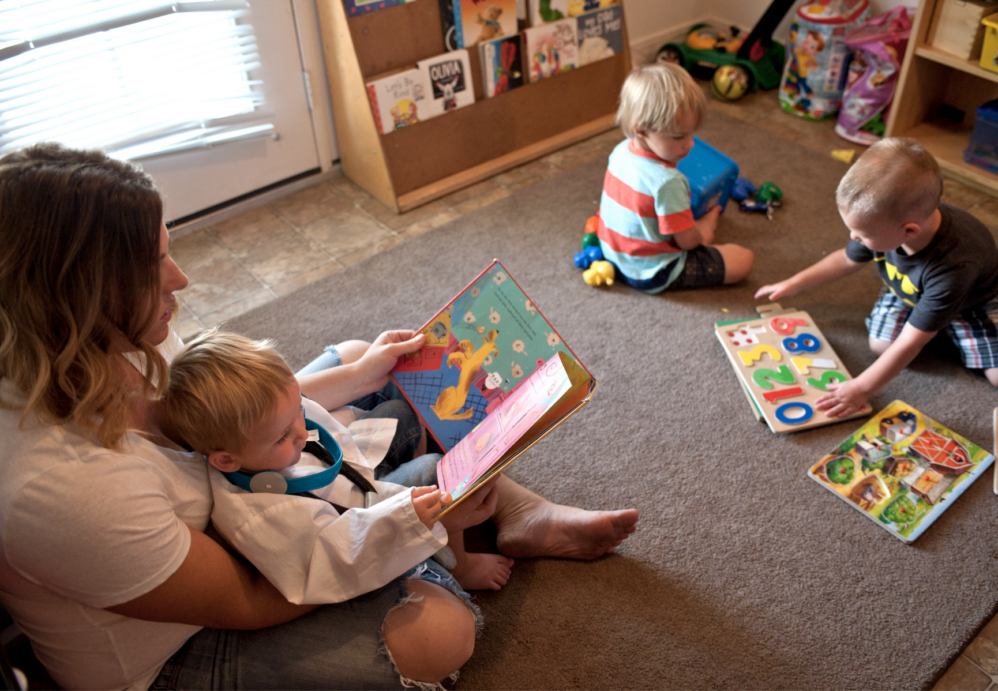 With many businesses and public places still shut down and families forced into constant contact with no where to go, Americans have never experienced such a degree of simultaneous separation and togetherness, the effects of which indicate truths useful for understanding the value and role of families and communities.

To further understand the state of American communities, The American Enterprise Institute (AEI) hosted a webinar Monday on “Family and Community Amid the Lockdown.” AEI Resident Fellow and Washington Examiner Senior Political Columnist Timothy P. Carney moderated a discussion between David Brooks of The New York Times and Isabel V. Sawhill of the Brookings Institution.

At the beginning of the current economic depression, Sawhill argued, the lockdown worked to bring people together and created a new, united bonding experience for families and Americans as a whole. When something bad happens, people reach out to others for comfort, which produces this mutual understanding and love. That only lasted for a while, however, and now the burden of lockdown on families outweighs the earlier benefits.

Sources of devastation among the lockdown is evidenced through higher rates of suicide, depression, domestic violence, and child abuse.

Church is a place of solace to deal with many of these issues, which has posed issues for communities across the U.S. who rely on their church and haven’t been able to attend services or meet with members of their congregation in other ways. Carney said his Catholic parish is the heart of his community, and the lockdown has helped people realize their dependence on it. Whereas daily mass formerly drew around 30 people each day, the average is now over 1,000.

“The desire for church weathers all from our area or from around because we have a dynamic praise the desire for it grew the knowledge that we need each other grows. But what makes me still worry is just, again, we do need each other and we’re less likely to bump into our neighbors, because we’re not walking around,” Carney said.

Brooks also made the argument that families during the lockdown have been forced to find their local community.

“There’s just a greater sense of knowing your neighbor, a greater sense of paying attention to your block,” Brooks said. “And so I think, on the whole, that’s going to be a good thing and a big shift, especially among the young, a sense that home was just an apartment where you park your stuff… I do think that’s going to yield positive psychological and cultural outcomes for years to come.”

The concept of community is sprung from the human need for socialization as well as practical common needs. People care about one another in communities and help ensure one another’s needs are met. Despite its obvious benefits, however, Brooks said community has its burdens as well. Namely that people get on each other’s nerves with so much time spent together.

Brooks connected the influence of community on the recent act of police violence toward George Floyd in Minneapolis and subsequent rioting by highlighting the “rampant inequality” among black and white communities in addition to the elemental issue of police brutality.

Sawhill echoed Brooks’ sentiments and added the idea that the lockdown has amplified people’s attitudes towards cultural issues such as racial injustice. The “perfect storm,” Sawhill said, was the timing of the incident on top of COVID-19 destroying the economy and keeping citizens so disconnected.

Although Brooks emphasized that instances of police brutality and racial inequality are ever-present in the United States, he agreed with Sawhill that the lockdowns have been “kindling to this fire.” He wrote about the issue in his New York Times column, making it clear that the lockdown didn’t cause the issues but significantly amplified them.

Brooks said diverse areas often lack community, which leaves its people missing out on all the benefits a community can provide.

As a conservative, Carney said he often looks for ecological solutions to problems that get at its root rather than looking to the government for change. Concerning the issue of police brutality, Carney said he thinks community could be the answer to bridging the gap between all people. The first step to solving this issue is integrating police as neighbors so they will see the people in their town as valuable, real people.

“I just think of my friends who are cops who are coaching Little League in the town so that they know the people better, etc., that there’s got to be something to the old thing that we and Bill Clinton, etc. were saying for years, that police being part of a community is going to make things better.”

For right now, however, people actually feel more united as a country than before the lockdown.

Overall, Brooks said, data shows that 42 percent of Americans think we’re more united, and only 23 percent think we’re more divided since the start of the lockdown. According to daily focus groups conducted by Tim Dixon, people are now more likely to look to their neighbor as a model for how to act rather than concentrating on politics. This has resulted in increased levels of positivity, especially with recent examples of local businesses using its resources for COVID-19 relief purposes.

“So far, the data is pretty good. And it could all turn down and it’s curious to me what will happen as this becomes more of an economic story and less of a health story, and what the economic recession will do to us,” Brooks said.

The decline of civic society didn’t start with the lockdown. Putnam wrote “Bowling Alone” in 2000. Church attendance has been decreasing for decades in many mainstream churches. Reopening churches will not change the fact that we now live in a society where 30% of people identify as having no religion.

What lockdown? Who stayed home? Hardly anyone did. Our grocery store had to ask people not to drag their kids to the store and let them run all over. Walmart became the new hangout for bored housewives. The hotels and vacation rentals were full the whole time here. Boat and jet ski rentals were doing a booming business. Restaurants were doing just fine with all the tourists. Construction was going strong because somehow putting up twinkle lights was essential. Nail salons and gambling joints were reported being open and never did shut their doors. Parking lots were full and businesses of all sorts were open. Everyone was having family reunions in our neighborhood with crowds much larger than 10 or 20. Nope, that lockdown was a myth.

Wait, my bad. The neighborhood yard man hasn’t been around for a couple months but that could be for a variety of reasons with nothing to do with the mythical shut down.

However, the neighborhood handyman has been doing so well he bought a new tractor.