Fake News: No, Peaceful Protesters Were Not Tear-Gassed So Trump Could Do a Photo-Op at the Historic St. John's Church
PJ Media ^ | 06/03/2020 | Matt Margolis

By now you’ve heard a number of reports claiming that tear gas was used against “peaceful protesters” to clear the area around the White House so that President Trump could “get his photo op” at the historic St. John’s Episcopal Church, which had been burned in the riots the night before. Trump had just told the country he would restore the rule of law, which the left and the media think is just a dog-whistle for fascism, and set out to turn his symbolic act of walking through Lafayette Park to the church and holding up a Bible into a Trump-is-literally-Hitler moment. In fact, a doctored photo of Hitler holding a bible the same way Trump did had gone viral even though it was completely fabricated.

U.S. Park Police fired tear gas on protesters gathered outside the White House to demonstrate against police brutality in the wake of George Floyd's death pic.twitter.com/sBXKc7vngI

They aren’t even wearing gas masks. All major media outlets nevertheless reported that tear gas was used, without provocation, against peaceful protesters.

NPR claimed, “The plaza between St. John’s Church and Lafayette Park was full of people nonviolently protesting police brutality late Monday afternoon when U.S. Park Police and National Guard troops, with the use of tear gas, suddenly started pushing them away for no apparent reason.”

TOPICS: Culture/Society; Government; News/Current Events
KEYWORDS: potesters; stjohns; teargas; trump
The only photo they show of police gathering to remove protesters once again shows none are wearing gas masks, which would be necessary to protect themselves from tear gas if it were actually used.

The New York Times, Washington Post, MSNBC, ABC News, and many other outlets, reporters, and pundits peddled the claim that peaceful protesters were tear-gassed without provocation to clear the area for Trump. Democrats like Hillary Clinton, Elizabeth Warren, and Joe Biden also chimed in, repeating the claim.

Except it didn’t happen, according to United States Park Police acting Chief Gregory T. Monahan, who said the following in a statement:

The United States Park Police (USPP) is committed to the peaceful expression of First Amendment rights. However, this past weekend’s demonstrations at Lafayette Park and across the National Mall included activities that were not part of a peaceful protest, which resulted in injuries to USPP officers in the line of duty, the destruction of public property and the defacing of memorials and monuments. During four days of demonstrations, 51 members of the USPP were injured; of those, 11 were transported to the hospital and released and three were admitted.

Multiple agencies assisted the USPP in responding to and quelling the acts of destruction and violence over the course of the weekend in order to protect citizens and property.

On Monday, June 1, the USPP worked with the United States Secret Service to have temporary fencing installed inside Lafayette Park. At approximately 6:33 pm, violent protestors on H Street NW began throwing projectiles including bricks, frozen water bottles and caustic liquids. The protestors also climbed onto a historic building at the north end of Lafayette Park that was destroyed by arson days prior. Intelligence had revealed calls for violence against the police, and officers found caches of glass bottles, baseball bats and metal poles hidden along the street.

To curtail the violence that was underway, the USPP, following established policy, issued three warnings over a loudspeaker to alert demonstrators on H Street to evacuate the area. Horse mounted patrol, Civil Disturbance Units and additional personnel were used to clear the area. As many of the protestors became more combative, continued to throw projectiles, and attempted to grab officers’ weapons, officers then employed the use of smoke canisters and pepper balls. No tear gas was used by USPP officers or other assisting law enforcement partners to close the area at Lafayette Park. Subsequently, the fence was installed.

Amy Klobuchar just repeated the lie into the Senate record during the weasel hearings, it must be struck. 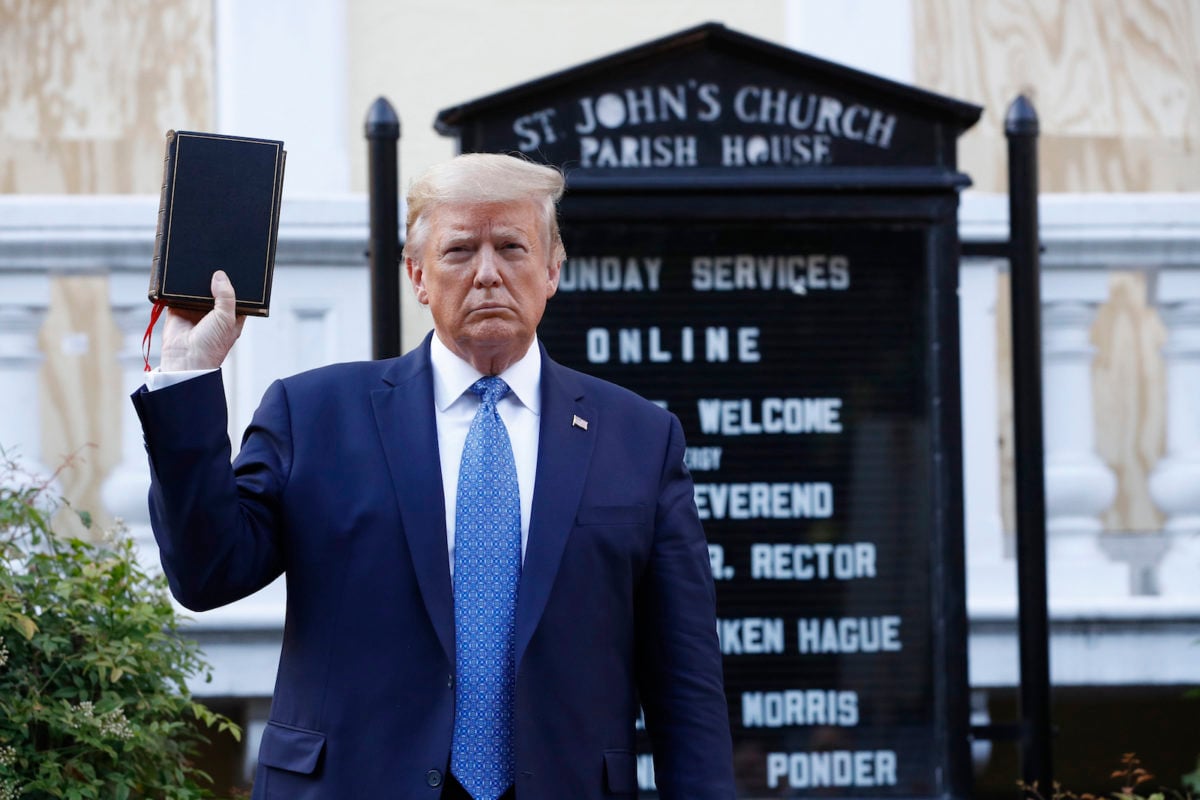 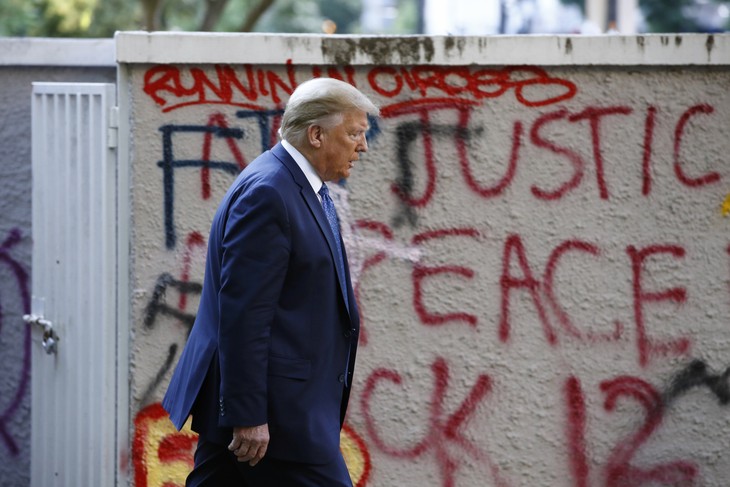 3 posted on 06/03/2020 9:21:58 AM PDT by SeekAndFind (look at Michigan, it will)
[ Post Reply | Private Reply | To 1 | View Replies]
To: SeekAndFind
All these media outlets reporting these lies need to be shut down and those responsible for putting those lies out need to be jailed and fined.

The Park Service didn’t do it for Trump, it wasn’t tear gas, they weren’t protesters, and they weren’t peaceful. What’s left to get wrong?

Michelle Malkin had a blue Lives Matter Peaceful Protest at the same park a couple years ago and the perimeter was a fortress. Mayor Bower didn’t put up fencing until today. Any guesses why

Why let facts get in the way of a great narrative?

Here a question for those that say they were “peaceful protesters”: Would Trump have been able to walk to that church through the protesters?

If not, they weren’t “peaceful.”

Rush just spent the opening 1/2 hour of his program talking about the sheer volume of media/democrat lies, this among them, about President Trump.

He totally believes all that CNN and the rest of the alphabet media (except Fox News) tells him and he and his wife are not the only ones.

Good luck with that.

For their sakes and ours, too, good luck with those who know so much that just isn’t true and then act and vote as though it is.

Do you hear that? Sounds like Satan laughing his ass off.

Something happened along the police line at the fence. The police responded by using pepper spray on the rioters who were probably trying to breach the police line and they fell back. No masks. Some tall protesters moved in and stood up with their hands up in the standard “BMB HUDS” lie. Snopes has discredited the Hitler pictures. (Shucks!)

You might ask him if he believes Eric Holder. “Big Mike Brown” did not have his hands up and was not surrendering in spite of the lies/assertions of all the “non-witnesses”.

BMB did manage to commit at least 4 crimes before he encountered Officer Wilson! (Another ask him.)

I was in Montreal during the G6 protests. Tear gas hangs in the air for hours, Trump wouldn’t have been able to give his speech there.