A prominent Chinese-Canadian activist says she is shocked, disappointed and angry about an Instagram post from Canadian singer Bryan Adams' official account that she and others say is racist.

The post contains a snippet of Adams singing his hit song Cuts Like a Knife. An accompanying description expresses his frustration that COVID-19-related restrictions have led to the postponing of three shows at the Royal Albert Hall in London, England.

"Tonight was supposed to be the beginning of a tenancy of gigs at the @royalalberthall, but thanks to some f--king bat eating, wet market animal selling, virus making greedy bastards, the whole world is now on hold," the post read.

"My message to them other than 'thanks a f--king lot' is go vegan." Bryan Adams, seen here in a 2018 photo, is a Grammy and Juno award-winning Canadian rock star who rose to fame in the 1980s. (Sean Kilpatrick/The Canadian Press)

Amy Go, president of the Chinese Canadian National Council for Social Justice called the post racist and believes it could stoke hatred of Chinese-Canadians.

"People look up to public figures. He is seen as an idol by many," Go said. "It justifies this racist hatred against Chinese.… This is so irresponsible and just so, so, so, so racist."

As the coronavirus pandemic has spread, many have raised concerns about growing anti-Asian and anti-Chinese racism in Canada, with reports of anti-Asian hate crimes on the rise in Vancouver, including physical and verbal attacks.

TOPICS: Culture/Society; Extended News; Foreign Affairs; Government
KEYWORDS: propaganda; racecard; truth; wetmarket Navigation: use the links below to view more comments.
first 1-20, 21 next last
Singer bryan Adams posts truth about the Wuhan virus and becomes the target of a co-ordinated attack from jingoistic leftist oriented media in Canada and the United States.The CBC does not want the truth about the Wuhan virus.The government of Canada still licks Chinas ass, unlike Germany, the USA and other well informed populations.

In Canada no one dares utter the truth as Canada still puts its faith and trust in a completely dishonest and compromised World Health Organization.

This is as much about destroying the truth about Red China as promoted by President Trump, as it is about Bryan Adams, a pop culture liberal. The Left now destroy their own because he alludes angrily to the truth?

Adams should be angry about what the Red Chinese brought about.

So should all of Canada be angry, but Canadians are kept ignorant about the truth, and are victims of Red China and their own government.

Welcome to the world of political correctness Bryan Adams, where truth is more than optional, its verboten.

The Goivernment of Canada and the CBCwant popular Bryan Adams to shut up. So much for Freedom of Speech pursuant to Canada's Charter of Rights.

Adams did not say anything racist against the Chinese people. He was angry at his concert cancellations and was criticizing the Chinese Communists for what they have done to the world.

We see the full destructive might of the leftist, jingoistic press in hiding the truth, even when it is stated by one of their own former liberal hero/icons.

Except for the go vegan part, my sentiments exactly.

You go, bryans got balls

Racist? He mentioned no race or even any part of the world.

A January online petition, organized by a parent of Chinese heritage, asked Toronto-area schools to recommend 17 days of self-isolation for travellers returning from China. Local school board officials dismissed it as “racism” and “hatred.””

From Lorne Gunter’s “Political correctness got in the way of a swift COVID-19 response” article that appeared in the Sun Media newspapers.

Chinese is not a race, and it’s racist to think it is.

...”Fake News”?! Already taken. come up with your own verbiage you little punk.

Allowing a deadly virus to escape, not telling the world, banning travel within your own country to stop it spreading, but deliberately sending it out to spread around the world, crash economies, kill people, all the while hoarding medical supplies then in turn selling them for profit = perfectly fine.

Calling out China for above = racist.

Speaking at his daily press conference, Gov. Cuomo bizarrely declared: “Yes we have more cases than anyone else. Yes we had this European virus attack us and nobody expected it. But we’re not only going to change our trajectory, we’re going to change the trajectory more dramatically than any place else in the nation.”

To the prominent Chinese-Canadian activist and all those carrying the water: go F yourself! I have not hugged and kissed my 1 year old grandson and had to see him from a window, We are expecting a second, a girl in July, I will not be able to hold her or have any kind of close relationship with her for quite some time, WHY? because of CHINA and some chinese people. So I have to step back because you call me a racist for telling the truth! You can stick your racist sh## up your a##. If Im a racist then so be it! Where ever this came from a market, a lab it came form China!!! period and chinese people were involved. And you have affected every parent and grandparent in America and we are FN pissed! PERIOD

China also claims the virus came from US

If something good comes from the virus, it may be the death of political correctness. (I know, I am a Pollyanna. )

He needs to use hyphens.

I hope nobody labors under any illusion that Canadians don’t know what’s going on with this Chinese pandemic. It’s only our political leadership and a few Chinese lobby groups (who are widely despised even by most Chinese-Canadians as obvious commie symps) who bang on about no connection to China.

That horse left the barn a few months ago and isn’t coming back. But John Tory (mayor of Toronto) has a large Chinese community that he thinks he might be serving by saying these soothing words no matter how ridiculous they sound. In any case, nobody’s blaming Chinese Canadians for the virus, most of them have been here two or three generations now and a large proportion are from Taiwan or Hong Kong, or fled the PRC many years ago. We do have some more recent Chinese arrivals who are probably plants in the first wave of colonization as they see things, and only the useful idiots in our media fail to recognize what’s going on with that.

It’s the same in America, but I suspect Canadians (leftists at least) are more gullible and willing to make nice with these objectionable people (meaning the communist agents and spies who have been descending on us in recent years).

The more established Chinese Canadian community knew what was up in January — they all cancelled their Chinese new year events in large Canadian cities and stopped travelling to China. I am sure they heard through their contacts what was really happening in China. However, that has not stopped a number of flights from China in the pandemic period, and on those flights I suspect there are agents of the Chinese government tasked with spreading this virus into our countries. And our idiot government probably knew this but took no action. Oh wait, they did take some action, they called people like me racists for pointing this out. I stand uncorrected.

” It’s only our political leadership...”

You can say the same thing about the US, and yet the people keep reelecting those dorks.

Andrew Breitbart came to the same conclusion many years ago

How to make it

Place the bats (still alive) in a large kettle and add water to cover, ginger, onion, garlic and salt.
Bring to a boil and cook for 60 minutes.
Strain broth into a second kettle.
Take the bats, skin them and discard the skin.
Remove meat from the bones and return meat, and any of the viscera you fancy, to the broth.
Heat.
Serve liberally sprinkled with scallions and further seasoned with soy sauce and/or coconut cream.
Makes 4 servings.


Oddly, I never felt an urge to eat bats, even with such tasty-sounding recipes readily available. 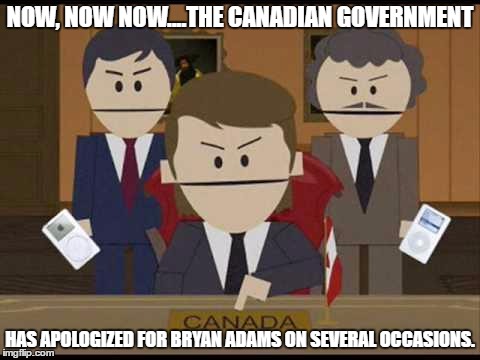