Oh I see but, dont pay your taxes and the givernment can deny you a passport...

The vote cheating on senate seats will be astonishing this cycle. The deep and insidious satte, as part of the globalist mastery must stop the Trump changes to the judiciary, so Turtle must be desposed from the majority.

She must be sanctioned.

It’s an established Federal law and it is up to Congress to change the current law and it doesn’t matter if she agrees or doesn’t agree- her job is to look at cases based on laws as they are stated.

In effect if she and other biased judges (aganinst Trump) would have won, she would be in effect telling Federal workers to disobey the law.

“It was part of her dissent as I read it.”

doesn’t seem very erudite to include that kind of naked political attack in a SCOTUS opinion ...

Why does Sotomayer have small feet??????

So she can stand closer to the stove.

49 posted on 02/23/2020 8:45:19 AM PST by semaj (We are the People)
[ Post Reply | Private Reply | To 1 | View Replies]
To: nathanbedford
Evidently, Chief Justice John Roberts is the only living American who still believes there are no Democrat or Republican judges.

But he won't comment on the dems, only the Republicans.

Geez. Another whiney liberal on the court. Just like Marshall.

My thought. . .she wants to scare the mexicans in the US to go to the voting booth.

[...] But damed if I know what it could be other than sheer desperation and real fear.

Can advanced diabetes cause cognitive issues? And if so, to the point that she should consider stepping down?

When you win elections, you get to appoint your people and replace the enemies’ people.

Wait until after President Trump wins his second election to see what happens.

“Evidently, Chief Justice John Roberts is the only living American who still believes there are no Democrat or Republican judges.”

And he is probably lying about it... 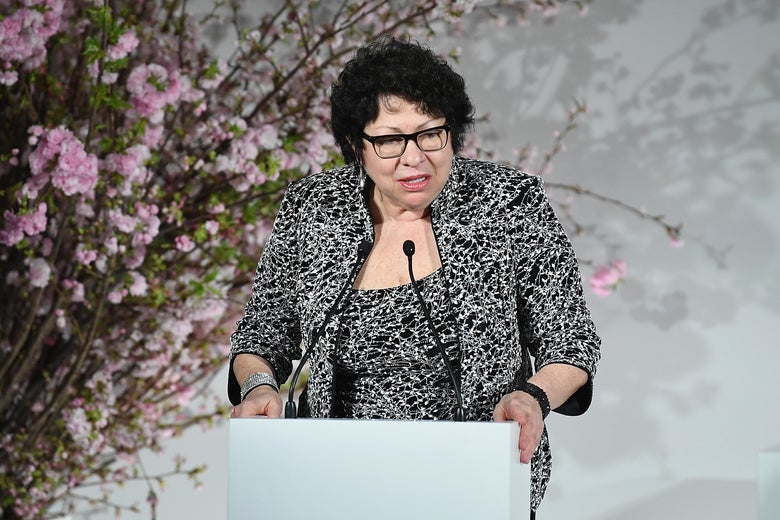 I learned from Scalia that a “blistering dissent” is worthless.

Elections have consequences...for the losers and rewards for the winners!

Really something, Roberts ripped into Trump for saying there are Obama Judges, here we have a sitting SC Justice saying other SC Justices are GOP lackeys. Is Roberts going to “correct” her?