Rep. Alexandria Ocasio-Cortez's "squad" could get a lot bigger with the wave of female congressional candidates she endorsed on Friday.

The socialist surprised many by defeating Rep. Joe Crowley, a high-ranking incumbent, in a primary race in New York in 2018. Now, she’s looking to find more women to follow in her footsteps to replace centrist incumbents with younger, more liberal candidates.

After teasing a "big announcement" late Thursday, the 30-year-old congresswoman revealed the slate of candidates she is supporting with her political action committee Courage to Change as they primary Democratic incumbents throughout the United States. Ocasio-Cortez also revealed she is backing a few liberal candidates who are facing off against establishment picks for races that do not have a Democratic incumbent, such as the Senate race in Texas.

"It’s time to elect a progressive majority in Congress accountable to strong, grassroots movements that push support for issues like Medicare for All, a Green New Deal, racial justice, & more," Ocasio-Cortez tweeted. "It’s time to elect public servants with the Courage to Change."

TOPICS: Constitution/Conservatism; Government; News/Current Events; Politics/Elections
KEYWORDS: aoc; congress; majority; women Navigation: use the links below to view more comments.
first 1-20, 21-28 next last
Seems like AOC putting her "scarlet letter" on all these candidates can be nothing but helpful to the conservative/Trump/Republicans.

B: I get sick of people who use the word “liberal” to describe totalitarian leftists.

Speaking of not working.... get a load of this:

'BERNIE WAS ONCE ASKED TO LEAVE A HIPPIE COMMUNE FOR LAZINESS'

(snip) -- “When he wasn’t researching for his story, he spent most of his time at the commune in “endless political discussion.”

Sanders’ idle chatter did not endear him with some of the commune’s residents, who did the backbreaking labor of running the place. Daloz writes that one resident, Craig, “resented feeling like he had to pull others out of Bernie’s orbit if any work was going to get accomplished that day.”

Sanders was eventually asked to leave. “When Bernie had stayed for Myrtle’s allotted three days, Craig politely requested that he move on,” Daloz writes.”

You have to admit she has found her new tip jar to steal from. Is it the original site of Bernie Sanders' first house in Vermont?

AOC Is Trying to Build ‘The Squad’ Into an Army
(snip) -—
The progressive freshman congresswoman on Friday endorsed a slate of other progressive women ........

“There’s kind of a dual nature to this: One is opening the door to newcomers, and the other is to reward members of Congress that are exhibiting very large amounts of political courage” (political ignorance). The reference to Bernie's experience in that hippie commune made me think of the TOS episode "This Side of Paradise".
10 posted on 02/22/2020 4:52:45 AM PST by OttawaFreeper ("The Gardens was founded by men-sportsmen-who fought for their country" Conn Smythe, 1966)
[ Post Reply | Private Reply | To 7 | View Replies]
To: a little elbow grease

I can’t stand a 30 year old woman who sounds like a 12 year old with a brain of a 4 year old telling me how to live.

AOC is going to be SWEPT out of office FASTER than she came in. November will be here before you know it.

Much like many countries around the world, women will dictate who will be elected in this country, more so than men.

“It’s time to elect public servants with the Courage to Change.”

Change also requires the changer to use restraint and forethought. We have a lot of internal problems in the US that are in need of attention. But just changing them may not be the answer. She identifies issues like Medicare for All, a Green New Deal, racial justice, & more.

The only reason the medicare is even operative today is because it hasn’t drained social security yet by the Affordable Care Act. Calling it all inclusive with the companies not being able to handle the cost, is authorizing the government to steal funds from where ever they can get them to support the Obama act.

The Green New Deal in the first point in an article by The Guardian was “Their Green New Deal would center around creating new jobs...” We already have that and without cutting another hole in the federal budget creating more shortfall.

What does racial justice have to do with a new deal? With this on the works it redefines what the purpose of the bill is for and alleviates the need for it. Make a bill that is an effort for racial problems, don’t dilute it or hide it’s purpose behind another bill that has nothing to do with it.

So what is the green new deal? Pretty obvious isn’t it? This is why the voters think the feds are dishonest. But the brainwashed sheep still vote that faction in.

Its gonna be awesome when all those women start to get all sciency and start making technology and civilization and stuff. Can’t wait to see those female lineworkers fixin’ the ‘lectricity in blizzards and stuff

AOC is going to be SWEPT out of office FASTER than she came in. November will be here before you know it.

Hardly. The woman is dangerous. She has a huge following of folks who believe exactly what she believes. Her area has lot’s of new immigrants who believe America is not just to the “brown folks”

Is there a list of her candidates. I want to see who she wants...

"Ocasio-Cortez touted House and Senate candidates who haven't served in Congress before; five are women of color. Cristina Tzintzún Ramirez, who is running for Senate in Texas, is competing against MJ Hegar, a combat veteran who is backed by the Senate Democrats' campaign arm.

The others — Jessica Cisneros of Texas, Georgette Gomez of California, Samelys Lopez of New York, Kara Eastman of Nebraska, Marie Newman of Illinois and Teresa Leger Fernandez of New Mexico — are running in House races.

Two are running against current House Democratic incumbents — Cisneros is attempting to beat Texas Rep. Henry Cuellar, a moderate eight-term member who stresses his appeal to independents and Republicans. Newman is running for the second time against Illinois Rep. Dan Lipinski, also serving his eighth term, who some liberals have criticized for his anti-abortion rights voting record.

The Democratic Congressional Campaign Committee declined to comment on the new PAC. House Democrats are encouraged to pay dues to help support their colleagues to the House Democrats' campaign arm, but Ocasio-Cortez has not paid hers this election cycle.

The DCCC has boasted about its record-breaking fundraising this cycle — bringing in $125 million in 2019, a more than $20 million increase than it raised in 2017.

It's unclear how much money the new progressive PAC will dole out — Rolling Stone reports so far it has raised $340,000 in the last month."

Agreed. Her voice is horrible. 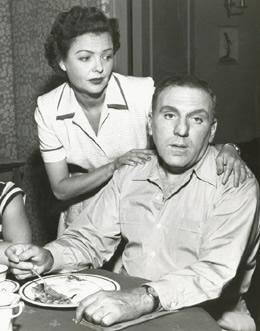 ..... what a revolting development this is.