A few days prior to President Donald J. Trump (R)'s compassionate announcement that he was pardoning or granting clemency to individuals from a variety of backgrounds, including many Democrats such as disgraced Illinois governor Rod Blagojevich, thus "making a point about government overreach in prosecutions, as well as reminding people about his First Step Act, which brings reformed (mostly minority) prisoners home," two professors released a study proving:

Chicago Is The Most Corrupt City In The U.S., According To New Study

Chicago remains America's most corrupt city, and Illinois the third-most corrupt state, according to a new report from the University of Illinois at Chicago.

The report, co-authored by UIC professor and former Ald. Dick Simpson, is based on an analysis of the public corruption statistics published by the U.S. Department of Justice. ...

The DOJ's data used contains statistics from 1976 through the end of 2018.

(Yes, that Department of Justice, and yes, the report definitely covers the years when Chicagoan Barack H. Obama [D] served in the Illinois state Legislature, represented Illinois as a senator and served as president of the United States.  Just thought I'd clear that up.)

"Our study shows that Chicago remains the most corrupt city in the United States with 1,750 total public corruption convictions from 1976 through 2018," Simpson said.  "This number is even more troubling when compared to the second-place city, Los Angeles, which has had 200 fewer convictions in that time period," Simpson said.

The last Republican mayor of Chicago's term ended in 1931, while 2001 was the final year of Republican Richard Riordan's reign over Los Angeles.  (I just thought you'd find this information useful.)

Low populations, maybe, or maybe they are corrupt but smart enough not to get caught. 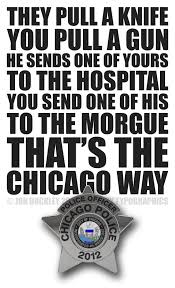 The Democrats are really good at protecting their very important people from scrutiny ... some can get away with murder/Arkancide ... but it you are lower down the totem pole you may end up being on your own.

I bought two cops, an alderman, and a traffic court judge. My girl friend bought her job with the Chicago Transit Authority.

Judge Maloney was paid $10,000 for acquit a Mob hit man. They had to retry him when that came out.

Since I moved to Washington state, I haven't had to buy a cop. Not even sure it can be done. It did get me off jury duty, when I admitted it during voir dire. In Illinois, a bribery charge has a 3 year statute of limitation. (Altho I suspect they were looking for a cop friendly panel...)

Calculating corruption “convictions” in government is not always trustworthy. That only show infighting amongst the crooked. Some states just don’t let their corruption show.

Madigan runs the state with his cronies, the Collar Counties (Cook and surrounding) outnumber the voters in the rest of the state

I lived there for over 15 years and my family history in Illinois goes back for well over a century and BTW all were Republicans. The culture in Chicago is almost one of looking at the crooks in a prideful way. It is apart of everyday life and living there is not worth it even with the diminishing number of “attractions” to go there

I have a classmate who lives there and we discuss this often, and I told him in my opinion it is the Nature of people in Chicago to vote people in who claim they will get things done and pay exorbitantly in taxes and sloth to get just that.

Unfortunately, since there is no Eliot Ness, any more, those rules don’t apply to Chicago any more.