I'm saying that unless she finished in the top 2 in Nevada on SAT night, she drops out on Sunday... and she is polling in 6th.

I disagree with Jones’ political leanings, but he’s shockingly on point with some of his commentary.

The NY media would portray a Republican as a virtual Nazi if they had said and done the same things as Bloomberg. In fact they would make the Republican unelectable in NYC. But they didn’t do that to Bloomie.

Any candidate who tries to hide his actual height is lying to voters right out of the box.

Thank you for your kind words about my post; much appreciated.

How the Iowa Caucusesand the Nevada Debate Became an Epic Fiasco for Democrats.

The problems that beset the Democratic Party’s first state caucus of the 2020 presidential race ran far deeper and wider than one bad app and one bad/blotched/caucus and debate. 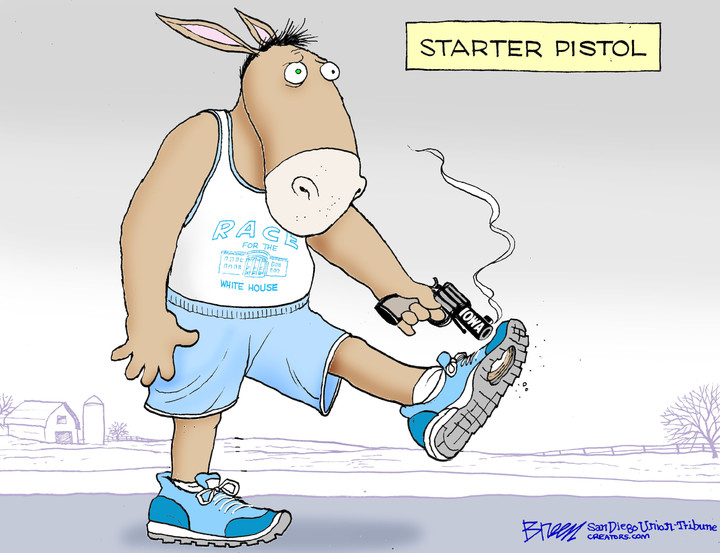 Van Jones surprises me many times. He makes observations and says or writes them; even if they may be detrimental to the dim party.

I am not sure I agree with Van Jones, all I can say is “pile on, Van, crush Bloomberg, b/c Sanders should be easier for Trump to thrash!!”

IMHO theres a crazy cognitive dissonance going on here. On one hand we are urging Blacks to wake up and smell the employment #s, BLEXIT, etc., and oh, BTW, stop and frisk saved more black law abiding lives while it made it easier to lock up black criminals...

On the other hand we are cheering on commie Van Jones and the rest of the Dem Commies as they scream “RACIST!, CAPITALIST!, TRANNY HATER!” at Bloomberg...

I can never forgive Bloomberg for the 9/11 Mosque, plus he’s got his tongue up Xi Ping’s butt, so I guess in the end, we have o cheer on commies to screw him.

And she looks so believable, like she ate her way thru the rubble.

I missed that moment, thanks for the twitter link!

I think that was because of chronic complete constipation .

Be terribly ironic if Van Jones was ever shot by a jihadi tranny, who could have been stopped during a stop and frisk, if only he hadn’t lost his home he shouldn’t have been able to buy with a NINJA loan...

What a kick in the pants!