Exulting in his impeachment acquittal, President Donald Trump took a scorched-earth victory lap Thursday, unleashing his fury against those who tried to remove him from office while looking ahead to his reelection campaign.

Trump, triumphantly waving a newspaper front page - “ACQUITTED” - denounced his political foes, declared the impeachment proceedings a “disgrace” and portrayed himself as a victim rather than a president accused of serious corruption. That echoed broadsides hours earlier that stunned the crowd at an annual prayer breakfast.

“It was evil, it was corrupt,” Trump declared at the White House. “This should never ever happen to another president, ever.”

“We went through hell, unfairly. We did nothing wrong,” he continued.

Trump vented about his grievances against the impeachment process and ticked off names of the “vicious and mean” people he felt had wronged him: House Speaker Nancy Pelosi, Intelligence Committee Chairman Adam Schiff and former FBI Director James Comey. But then he reveled in the verdict delivered by the GOP-controlled Senate the day before.

Going one by one, Trump spent nearly a half hour in rambling remarks saluting GOP lawmakers who backed him both in the Capitol and on television.

His remarks were especially jarring and whiplash-inducing coming after a series of scripture-quoting speeches, including a keynote address by Arthur Brooks, a Harvard professor and president of a conservative think tank, who had bemoaned a “crisis of contempt and polarization” in the nation and urged those gathered to ”love your enemies.” 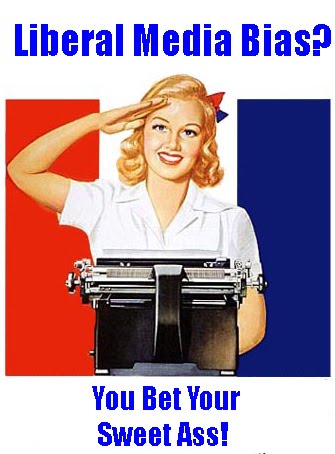 Mr. President, there are people who did this to you that deserve political punishment. Stern. Unforgiving. Drive them out.

It took three idiots to write this rhetorical opinion piece?

Ans spitting the names of Pelosi, Schitt and Romney

I posted this on another thread, but it is relevant. I thought Trump’s comments were quite subdued given my expectations.

Mark my words..... if Trump does not demand a special counsel to investigate what happened in the Ukraine, and not just with the Bidens (State Dept, Soros NGO’s, Republicrats, Schiff, the Clinton Foundation, HRC campaign, Fusion GPS, and others), it will be one of the biggest mistakes of his Presidency.

Frame it simply - it is my job as the President to combat corruption. I am not taking this action for the purposes of persecution of any person, I am taking this action to restore the faith and confidence in the government of the United States abroad. The days where foreign entities can donate to candidates, foundations, and hire any person connected to a powerful person in our government for special favors and taxpayer funds are over.

The American people should demand no less as the corrupt folks are giving away our tax money in return for BRIBES - direct and indirect!

Every American should be concerned when foreign governments and media suggest there is blatant corruption on the part of any government official. These allegations have been made so I take this action today to try and restore faith and confidence in our system and the rule of law.

Ask yourself who investigated this as some in the media claim? I have as much trust for “their investigation” as they do for the investigation by Rudy on my behalf.

He MUST do this. If he does not, he will genuinely regret it. The Biden’s are just the tip of the iceberg and this must stop. Running for public office does not grant any immunity from criminal acts in the past or present.

Please President Trump - I implore you to do this immediately. It removes you from the process and as we have seen, you should have no faith in the ability of the current DOJ (sorry Mr. Barr) to investigate this. They appointed an Obama person who vigorously defended the FISA process against your campaign to conduct a review and oversight? That is outrageous.

You will not find fairness towards you or your cause so stop waiting for it to magically drop in your lap. Demand a special counsel immediately and don’t talk about it further beyond - “the matter is under investigation and I have nothing to do with it. At some point they will make a presentation on their findings and the American people can judge for themselves”.

Half to recognize and thank those who stood by him and helped to defend.

The other half some truth about the democrats, FBI, DOJ and deep state hell bent of breaking every law and rules of common decency to “get” the president.

I don’t know if Joe Six Pack tuned in but I think this is the start of a campaign to shout the truth long and hard from the rooftops. I also would not be surprised to see head beginning to roll as the long arm of the law reaches out.

“”””I posted this on another thread, but it is relevant. I thought Trump’s comments were quite subdued given my expectations.”””””””””””””

I was expecting SHOCK AD AWE and guns blazing.

What I saw was a very nice gathering of friends having a nice chat.

Have you noticed a pattern? It now takes 3 to 6 idiot liberal journalists to write one article. FFS

FINALLY.... A FIGHTER!!!
That is what we all voted for.
We are with you President Trump!

[Have you noticed a pattern? It now takes 3 to 6 idiot liberal journalists to write one article. FFS]

Because they can only write a paragraph or two before they piss their pants due to their extreme TDS, and have to pass the story along to someone else to continue.

The press has lost its mojo, and is a farce in its own right.

My son watched it on CNN, and this was his observation,

Comments on CNN were basically “If there’s a disturbed/triggered extremist liberal out there, you might be the only hope we have to save freedom and justice and stuff like that, follow your voices...”

The coup won’t stop until the coup plotter arrests begin.

He did cite the law that gave him the authority to investigate - I agree, he should push it.

“Going one by one, Trump spent nearly a half hour in rambling remarks...”
FUAP

There will be no closure for us until we see justice.

Persecuted by political enemies for three years, charged with false accusations, denied defense; what else could he be called but a “victim.”