The Australian Wildfires Are About Arsonists – Not Climate Change
Townhall.com ^ | January 13, 2020 | John Dembsy

Climate Change opportunists are using the Australian wildfire arsons to push their political aspirations. In true leftist fashion, they are applying the motto once said by former Chicago Democratic Mayor Rahm Emmanuel – “never let a crisis go to waste.”

In the last couple of months, as many as 200 wildfires have destroyed Australia all over the continent. Due to the number of fires and location, law enforcement determined that the blazes were intentionally set, and 183 arsonists have been arrested for the crime so far. The Left tends to ignore the truth and push lies that work for their political agenda – this time, it was Climate Change.

The Left blames humans, specifically those who do not believe in the political ideology of human-made Climate Change. Leftists pushed the narrative that we, as humans are not doing enough to stop the earth from heating up. Climate deniers are blamed. There is one problem: arsonists set the fires. People driving cars, flying in airplanes, and overeating red meat have nothing to do with the flames. Nefarious individuals are the ones who caused the blazes.

The Left has seized this opportunity to blame intentionally set fires by protesting over them then lying about their genesis, which is disingenuous at best. To lie about what started these fires is a clue to those who are unsure or skeptical that they do not have any substantial evidence. The Left’s “consensus of scientists” are usually funded by the government. The researcher’s livelihood depends on politicians supporting the portion of the federal budget that guarantees a paycheck. The source of funding leads to the manipulation of data.

If the Left had defensible, trustworthy information, they would not need to make up the scenario that over 200 fires popped up on the continent of Australia due to Climate Change. It is quite humorous that no other wildfires to this intensity and number have randomly sparked anywhere else in the southern hemisphere during its summer months.

The Left does not operate in authenticity. They often lie either through intentional mistruth or omission. Deception, as a tactic, became apparent when they began pushing the narrative of cow flatulence, causing global warming and the need for fewer cattle. The idea that cows are emitting too much gas is laughable.

Leftists are comfortable with lies to push their agenda for one reason: the Left comprises of moral criminals. Yes, committing crimes and making fellow humans’ victims is immoral; however, the Left’s positioning is not criminal in the legal sense, but morally.

In an ideology that is void of God and places humans in the Creator’s place, there is only chaos. Man is innately bad. Yet, leftists look toward other humans for answers – typically politicians or social media influencers – for direction.

Due to the internal drive to do wrong before good, it only makes sense that the Left uses lies, hatred, and riots to get what they desire. In Leftist ideology, those who disagree must be “canceled” or ridiculed to obscurity.

Nothing good comes from the Left. It ruins everything that it touches. If there is any actual human-made climate change, it is hard to believe the disciples.

The Left is heartless. They are a selfish, ideology-driven group that is using destruction, fear, and upending to promote the push for changes to “combat” Climate Change. Leftists claim they are more concerned with the environment than the Right; however, they are not protesting against the criminals who started these destructive fires that have killed animals and destroyed natural habitats. Instead, the Left is claiming it is the climate deniers’ fault.

Climate Change is about growing governmental control and making political opponents pay for not going along with the narrative.

The Left is irresponsible. They are opportunists looking for something to exploit for their political goals. These fires were set by criminals who have no due regard for the animals who naturally live in the habitat or the homes and other property their fellow citizens have lost.

These blazes are not the result of human-made Climate Change. They are the product of arsonists not spontaneously bursting fires as the Left implies.

I’m behind on this story.

Why so many cases of arson?

How devastating is this fire long term to Australia?

As usual, I read somewhere that it will affect the global food supply but I have No Idea if that’s true or not.

I know nothing about Australia and so cannot give an informed opinion on the subject.

Arsonists plus bad forestry practices of the sort we’ve seen in California, courtesy of the Greens. Here’s the most Australian man I’ve seen in a while speaking out about that:

“Nothing good comes from the Left. It ruins everything that it touches.”

Exactly as with evil.

Oh... you haven’t heard the talking point on this issue. When confronted with this question I believe the talking head stated that perhaps only a percent or two of the fires were caused by arson. She was trying to squelch these fires being caused by arson and hence not climate change.

“In an ideology that is void of God and places humans in the Creator’s place, there is only chaos. Man is innately bad.”

Conclusion: man must serve nature, not vice-versa. And if there are too many people, then some will have to be eliminated.

Here’s a German article that shows the Australian fires were much worse in the 70’s. So apparently climate can change for the better! https://www.wetteronline.de/wetterticker/australien-neues-gewaltiges-feuer-202001112507611?fbclid=IwAR3Q2gxF377LYF87dX78L2EJULReqQlUKVaLNPXXFe64qkWVOfGCpTXeF04

7 posted on 01/13/2020 4:51:17 AM PST by finnsheep
[ Post Reply | Private Reply | To 1 | View Replies]
To: dp0622
It would have been a brutal fire season even without the arson. Some parts of Australia had a very dry year. No effect on the global food supply and like everywhere else, low intensity fire is beneficial. The root of the problem is not enough prescribed fire, so the fires got out of control.

High intensity fire is not good but it also depends on how they restore afterwards.

“ How devastating is this fire long term to Australia?”
*

The fires will continue until much of the underlying brush has been burned away. These brush fires are not new. They’ve been occurring since the beginning of current Australia geographics which was a very long time ago. It’s natures way of cleansing the landscape. 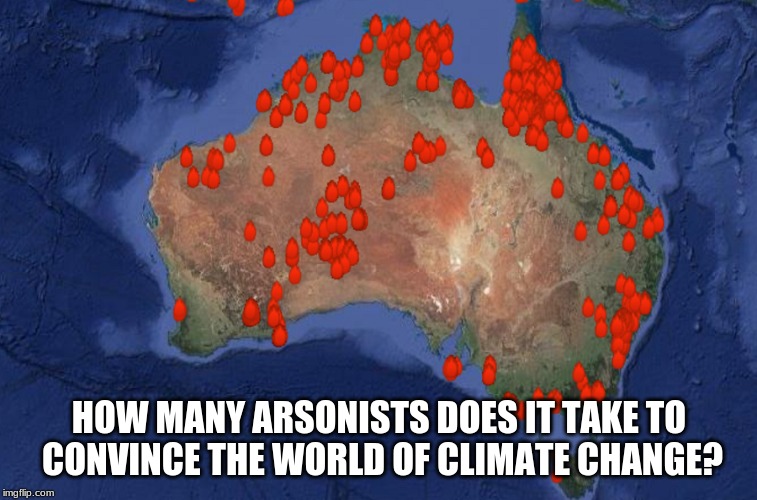 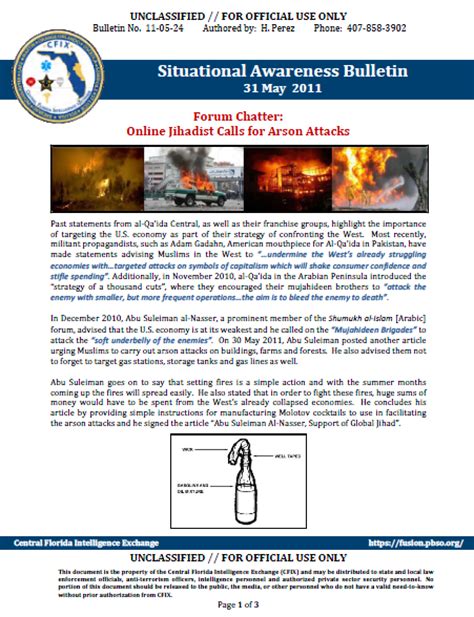 “How devastating is this fire long term to Australia?”

Long term, Australia will be better off for it. The Flora will come back even more lush and the dangerous underbrush will be gone.

“As usual, I read somewhere that it will affect the global food supply...”

The Wallobies, beef and veal are already cooked, and just need to be Sauced with some BBQ sauce. Who eats Kiwis and mangoes?

Good question. I wonder if that's the faint sulfurous stench of Islam I detect. Or could it be the slight whiff of raw sewage usually associated with the Watermelon Leftist Lunatics pushing this Global Warming BS. Naw, it must be those danged Mormons again.

I understand the Australian fires back in the ‘70s were 3 times larger than this one. Climate change is a crock. It’s all about land management, both there and here.

Why so many cases of arson?

There aren't. It's just an incredibly lazy effort by Dembsy to harvest a few Townhall clicks.

There's no evidence that climate change caused the fires, but his claim that

"law enforcement determined that the blazes were intentionally set, and 183 arsonists have been arrested for the crime so far"

is just a lie.

There was a report of 183 fire-related infractions in NSW but if you do the least bit of research you find that:

" Police have charged at least 24 people for intentionally starting bushfires in the state of New South Wales, according to a statement the New South Wales Police released Monday.

NSW Police have taken legal action against 183 people, 40 of whom are juveniles, for fire-related offenses since November 8, the statement said. The legal actions range from cautions to criminal charges.

Out of those 183 people, 53 have received cautions or criminal charges for failing to comply with a total fire ban and 47 are accused of discarding a lit cigarette or match on land, according to the police statement..."

As to the other regions of the country:

Victoria: "Despite massive fires causing chaos in Victoria this season, authorities are treating only one blaze as suspicious."

Queensland: "The Queensland Fire and Emergency Services (QFES) said 3 per cent of the bushfires in the state this season were deliberately lit."

South Australia: "None of SA's deadliest or most destructive fires are being treated as suspicious."

I wonder what the “Mohammed Quotient” is for those arsonists?

Great video! This guy could easily set up the same situation here in California

Yes, my question is, what’s in it for them? Is setting brushfires that much fun?