To understand why there’s no-one in the administrative mid-tier of the FBI acting in a whistle-blowing capacity requires a background perspective looking at the totality of corruption. The institutions are protecting themselves; and yes, that protection applies to the internal dynamics.

Former DAG Rod Rosenstein was dirty. He might not have started out dirty, but his actions in office created a dirty mess. Rosenstein facilitated the McCabe operation against Trump during the May 16th, 2017, White House FBI sting against Trump with Mueller. Rosenstein also facilitated the special counsel (writ large), and provided three scope memos to expand the corrupt investigation of President Trump. According to the inaction of AG Bill Barr, we’re not allowed to see those authorizing scope memos

Additionally, despite knowing the Trump investigation held a false predicate, Rosenstein signed the 3rd renewal of a fraudulent FISA application. Worse yet, even if Rosenstein was caught up by corruption around him, he did nothing to stop the fraud once identified.

Why is Rosenstein a key inflection point? Because Rod Rosenstein recommended current FBI Director Christopher Wray to President Trump. POTUS then allowed Wray, as he does all department heads, to select his deputy – Wray chose David Bowditch.

♦Keep in mind the National Security Division of the DOJ (DOJ-NSD) was/is the epicenter of many corrupt activities, including filing the fraudulent FISA application, manipulating interpretations of law for FARA (§901) violations, and doing all of this while denying any inspector general oversight. As FISA Judge Rosemary Collyer recently noted, the DOJ-NSD is positioned as a rogue legal arm of the U.S. intelligence apparatus.

The FBI’s own watergate. Their coverup of their crimes will only make it worse.

Terrifying. The entire article, especially the closing paragraphs. In essence, no one to whom anyone with decency can report truth.

not mine but the thought is correct

How about the press? Oh, wait.

What about the other 98%, the GOOD field agents we here so much about from Hannity?

I disagree. There are several places where a whistleblower from the FBI/DOJ intelligence community would be very welcomed and its located at 1600 Pennsylvania, Ave., NW, DC.

I once was part of a student delegation who briefed Pres. Nixon on our fact-finding trips to So. Vietnam and Cambodia.

You go into the Oval Office and speak (arrangements having been made for us, of course).

Pres. Trump has a slew of lawyers, both White House counsels and his personal attorneys for the Leftist “fake” lawsuits over Ukraine, emoluments, tax records, etc.

Sekulow, FGiuliani, Kellyanne Conway and a couple of other men and women whose names I cannot recall at the moment.

A whistleblower can call the white House, tell the operation what the gist of their inquiry is, and ask to be connected to the proper person, particularly a White House lawyer/office.

Another call could go to Tom Fitton and his fantastic legal organization Judicial Watch. I’m sure Tom would love to receive a call from a real whistleblower. Would make his FOIA requests a lot more targeted and possibly productive re the “FBI-DOJ” Deep State clique.

There is also the Washington Times newspaper. (There are a few other conservative papers, Wash. Examiner, etc) but they don’t have the heft of the Wash. Times for publishing a frontpage Headline/Story that would catch the eyes of the public, Congress, DOJ/FBI and the White House.

There is also talk show host and extremely knowledgeable Constitution/Constitutional lawyer Mark Levin. His show’s phone number is public and he has a website which can be used to reach him/his office.

Any whistleblower who has the balls to go public has several very good places to go to tell their story.

You cannot go to Congress unless it is to Sen. Graham’s Sen. Judiciary Committee. Sen. Burr and his Sen. Unintelligent Committee is a worthless piece of crap (having testified in Executive Session before its’ successor, I know what a well run committee/subcommittee can do if it is properly led and has the real security interests of American as its mission).

The House side of Congress with its Democrat majority is totally useless (Minority Republicans can do some great things as Nunes, Goty, Gomert, Graetz, Meadows and Jordan have shown, but with limited authority and effect). Senate Democrats are, like their House counterparts, more like Soviet-styled agents and stooges, with a very vocal Marxist/Islamic extremist element pushing them to destroy America as we know it).

If Pres. Trump steps up and says “CALL ME”, I’ll be the White House phone lines will be jammed, as will their email systems and mail boxes. LET’S HOPE THAT HAPPENS.

I once worked as an FBI CI on internal security issues. The men I worked with were true patriots and guardians of our freedom from the threats of international and internal communism.

Today, the corrupt Democrats/anti-Trump DOJ/FBI/NSC/DNI/CIA former leaders (and a few Deep Staters still in office), have turned their agencies into unknowing arms of our enemies.

Putin no longer has to recruit Americans to undermine and subvert our country and Constitution. The Democrat Party is doing that job willingly and knowingly for them.

This has got to end NOW. It will take only one intelligence agency whistleblower to bring down the anti-American, corrupted Deep State FBI/CIA/DOJ cabal of traitors, Trump haters, fools, and psychopaths (Comey and Brennan).

Will someone please step forward now and open up this can of treasonous worms for everyone to see? I’m getting older and sicker, so I don’t know how much time I’ve got left, but I’ve been in this field in various capacities both in the government and as a private citizen FOR OVER 50 YEARS.

I want to destroy our enemies NOW. I can no longer do it but there is “someone out there” who can. PLEASE STEP FORWARD NOW. AMERICAN NEEDS YOU MORE THAN EVER.

10 posted on 12/25/2019 11:52:14 PM PST by MadMax, the Grinning Reaper (Figures)
[ Post Reply | Private Reply | To 1 | View Replies]
To: bitt
Try telling me with all we know about the Mueller investigation how anyone on the special counsel assignment was participating in a fraudulent investigation without knowing.

This is the "money" quote for me, for if there were FBI agents, assigned to the Meuller investigation, and they did not know of the fraudulence of the special counsel investigation, they are criminally incompetent, and shouldn't be allowed to investigate parking tickets.

No real man I ever knew crosses his legs like a woman. He is no man.

Every day we spend outraged about what the DOJ and FBI did in 2016 and 2017, is one less day that AG Bill Barr is not being held accountable for all of this current DOJ and FBI corruption that stares him in the face when he brushes his teeth each morning. 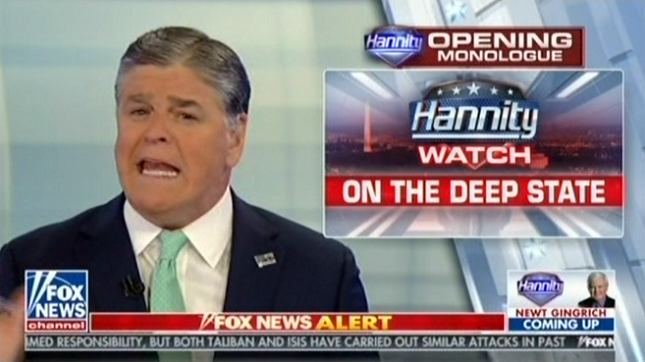 This is just a guess, but I think Hannity has been kissing the a$$ of the FBI in either the hope that someone (anyone) comes out of the woodwork to help expose the FBI's corruption, and/or Hannity believes that if he kisses their arse every night on his show he doesn't sound like an "anti-law enforcement" shill.

The truth is, the Federal Bureau of Injustice cannot heal nor police itself.

The agents themselves know how corrupt it is. They are either part of the corruption, or they are so fearful (knowing what the Deep State can really do to someone) that they will NEVER come forward.

Well, I hope they enjoy their Thrift Saving Plans, medical benefits, and their little metal badges in a leather case. Cowards. All of them.

Whistleblowers....”If there be 10 righteous men”.....that admonishment always comes to mind. I keep praying they will speak the truth.

I first recognized that the FBI was corrupt about 30 years ago. Nothing has happened to change my opinion since. After they murdered dozens of citizens in Waco, I knew there were no limits to the criminality fo that odious organization.

Isn't that sweet. And how damn crooked have you been, Rosie. You're as filthy as hell just like the silent filth all around you.

Yes, I must go read the last paragraphs.

I’ve tried to remain hopeful about Barr - but I think he’s what Sundance suggests: he stares at those in control of the FBI at all key management levels (Wray, etc.) and their cover-up and not only tolerates them but praises them.

Th Sundance essay is disturbing. In the end, can the AG who defended the FBI against the civic horror known as Ruby Ridge really be counted on to root out the institutionalized corruption so much of which revolves around the FBI?