Democrats are apparently going to drop accusations of “bribery” and “obstruction of justice” from their articles of impeachment against President Donald Trump, which are expected to be delivered on Tuesday, according to reports.

As Breitbart News’ Joshua Caplan noted Monday evening, the Washington Post broke the story that Democrats “will focus on abuse of power and obstructing Congress.” The House Judiciary Committee’s recent Democratic staff report on the legal and constitutional basis for impeachment, argued that “abuse of power” was impeachable, even for “legally permissible” actions, if the president also had “illegitimate motives.” The report cited the much-criticized impeachment of President Andrew Johnson in 1868 as a positive precedent in making its case.

Let’s just keep Romper Room Impeachment alive as long as we can.

ScatFranNan will be opening her Trump 2020 office after the first of the year.

2 posted on 12/10/2019 3:56:57 AM PST by jazminerose (Adorable Deplorable)
[ Post Reply | Private Reply | To 1 | View Replies]
To: blueyon
The report cited the much-criticized impeachment of President Andrew Johnson in 1868 as a positive precedent in making its case.

Over 150 years ago, a President was impeached by the house and acquitted in the senate.

The demonRATs are definitely following that precedent.

How can they be so ignorant?

The unconstitutional “guilty until proven innocent” rule applies only to Republicans that areaccused by Democrats. This banana republic style attempt to destroy our president should be obvious to even the brain-dead in our universities.

There are none so blind...

Why don’t they just roll them into the statement. We think he is a meanie and big pooopyhead- ? That about sums up their galactic waste of time. On another. Note- Pellosi- and her Apparatchick minions have not had time to enact laws removing our rights to thedegree they frighteningly could

SO...let me get this straight...
The swamp critters couldn’t indict Killery for her criminal mishandling of electronic communications that exposed classified information to foreign agencies because Comey the Clown could not find ‘intent’ (motive) in her actions.
BUT...now Jerry the Gut and the Ass-Clown Circus tell us they can impeach the President for legal actions if his motives were illegitimate?

More proof that liberalism is a mental disorder.

Yes it was. They even took a poll to see if the word ‘bribery’ had the most impact in the court of public opinion.

Charging abuse of power here absent the bribery charge is like charging obstruction of justice absent an underlying offense.

Sound like they are going to argue Trumps intentions were bad when he asked about Bidens on the call with Ukraine. In short, he is being impeached for wrongthink.

They could get everyone on board with just one article of impeachment....

There is a lot of material here for some GREAT campaign videos for the 2020 election. The whole twisting, turning saga of how the demodopes have altered their accusations over the years — beginning with accusations before Trump won the 2016 election— how those accusations have been hysterically hyped then morphed then dropped then reborn in completely new forms...

I’m no professional but I know enough to predict that this rich history of hysterical stupidity will be well documented and well summarized in some GREAT campaign videos.

The left will use those, now proven baseless or even false, accusations in their ads but they will frame them in misleading context as if they were true. This is actually what they have been doing for three years and half the country believes them. The power of the media is so vast.

“abuse of power and obstructing Congress.”

extremely thin gruel: “obstructing Congress” is a Constitutional duty by the President, given his Constitutional veto power and the whole nature of checks and balances in the U.S. Constitution.

neither is a crime or even comes close to a crime

if these anonymous sources are correct regarding the Dems’ change of plans, then the Dems are far bigger fools than almost anyone could have imagined ... 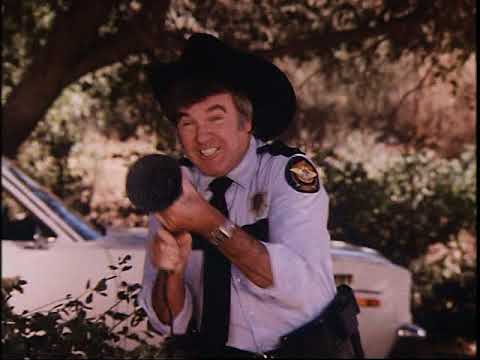 I think I’m going to bet on our side. Literally. I’m going to place a money bet on Trump winning the election. The last time I did that was 2004. Won $500 on Bush. Never did it again and don’t even know if such betting is available. If it is, I’m going to bet a thousand on Trump in 2020. Maybe now is a good time to start looking at the odds, again, assuming such betting markets are still a available.

16 posted on 12/10/2019 4:39:08 AM PST by samtheman (Art 2, Sec. 3, US Constitution, obligates President to fight corruption in foreign aid.)
[ Post Reply | Private Reply | To 13 | View Replies]
To: blueyon
“Abuse of power” was impeachable, even for “legally permissible” actions, if the president also had “illegitimate motives.”

Under this standard the entire Democrat House membership should be impeached since their entire motive for this is political.

If you find some markets that are legit, I’d be interested in knowing about them.

I figure if I bet on Trump and win, it’s an extra bonus.

If I bet and lose, well, we’ll all quickly have way bigger problems than losing a bet if any of the Ass Clown Posse get elected...

“Abuse of power” was impeachable, even for “legally permissible” actions, if the president also had “illegitimate motives.”

Under this standard the entire Democrat House membership should be impeached since their entire motive for this is political.

Cover for the Dims in swing districts.`