Where was Samantha Power when an unarmed Iranian young woman, Neda Soltan, was shot by Iranian troops, and bled to death in the street?

As a member of Team Obama, does anyone recall Power saying anything critical of Iran?

Does anyone recall Barack Hussein Obama commenting on that horrific assault on human rights?

Oh wait, he did say something:

“We’re still waiting to see how it plays itself out….”

Everyone must hear about this. Every outlet in the world should publicize how the murderous Iranian regime is mowing down protesters.

Is someone still unmasking names using her name..

what ever happened to that investigation anyway?

2 posted on 12/03/2019 8:05:56 AM PST by janetjanet998
[ Post Reply | Private Reply | To 1 | View Replies]
To: All
Trump fired him, now it turns out Secy of State Tillerson was pursuing Obama-era policies at the State Dept,
deliberately sabotaging President Trump on Iran policy, relations with Israel, the Paris Accords and other issues.
Several prominent Obama officials who have knowledge of the Iran deal are still at the Trump State Dept.
<><> Sahar Nowrouzzadeh, in charge of Iran and the Persian Gulf region on the policy planning staff,
<><> a former John Kerry apprentice, Michael Ratney, occupies the Israeli-Palestinian portfolio,
<><> trusted Obama aide, Yael Lempert, served under Tillerson on the same platform.

REFERENCE--- Obama's $1.3B giveaway to Iran was paid in cash Jan 22 and Feb 5 from a little-known fund administered by the US Treasury.The so-called Judgment Fund is made up of tax dollars Congress has permanently approved in the event it's needed....

Then-President Barack Obama is briefed by Sahar Nowrouzzadeh, Director for Iran, NSC,
before taping a WH message to the Iranian people in the Blue Room of the White House, March 18, 2016.
(Official White House Photo by Lawrence Jackson)

For more than a year we’ve known that Obama’s secretary of state and longtime U.S. senator, John Kerry, has been attempting to undermine President Donald Trump’s foreign policy with the Islamic republic of Iran. In May 2018, we posed the question: “What is John Kerry doing talking to the Iranians?”

We noted: Reports … revealed that former Obama Secretary of State John Kerry is trying to ‘save’ the Iran nuclear deal he helped negotiate by holding secret meetings with Iranian diplomats. The Boston Globe reported that Kerry began his secret meetings as reports spread that President Donald J. Trump was considering pulling out of the deal, which — as the current president — he has every right to do. The paper said that Kerry “engaged in some unusual shadow diplomacy with a top-ranking Iranian official” who was also involved in the original negotiations, Foreign Minister Javad Zarif. (Excerpt) Read more at thenationalsentinel.com ...

One report said Kerry “engaged in some unusual shadow diplomacy with a top-ranking Iranian official”
who was also involved in the original negotiations....Foreign Minister Javad Zarif.

THIS JUST IN---J.Ansari Zarif, the Iranian deputy for parliamentary and Iranian affairs within Iran’s Ministry of Foreign Affairs,
said he would expose "everyone who allegedly accepted bribes" to facilitate Obama's nuke deal with Iran. "........
"We will reveal which western politicians received bribes."

Iran: One of the linchpins of former President Obama's nuclear deal with Iran was that it would be accompanied by a near-ban on Iran having any access to the U.S. banking system. A new congressional report says that, too, was a lie.

[snip] Obama sent a clear message to Congress: If you don't block ( this nuclear deal), we will bar Iran's access to our financial system. The deal was clear, unequivocal. [snip]It was also a lie. Obama lied, and so did others in his administration.

That's the conclusion of a report by the Senate Permanent Subcommittee on Investigations. It alleges Obama officials pushed the U.S. Treasury to let Iran convert the equivalent of $5.7 billion of funds held in Oman's Bank of Muscat from rials into dollars and subsequently into euros.

[snip]Apart from the lie, which is bad enough for an administration that claimed repeatedly to be "scandal-free," this money did not have innocuous uses. Far from it. (Excerpt) Read more at investors.com ... 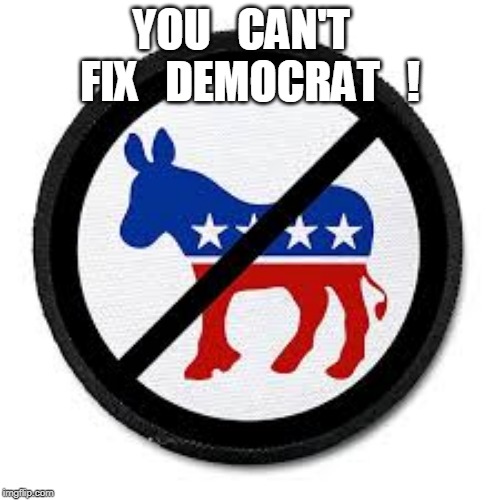 Believe Jeff Sessions or invisible Huber continue to work on it.

Thankfully, AG Barr is in charge and has assigned much to US Attorney John Durham. The Huber file was turned over to him too, all three pages.

Best thing you can do is boot their Ass.

Where was Samantha Power when an unarmed Iranian young woman, Neda Soltan, was shot by Iranian troops, and bled to death in the street? As a member of Team Obama, does anyone recall Power saying anything critical of Iran? Does anyone recall Barack Hussein Obama commenting on that horrific assault on human rights?

Thanks for posting! This must not be forgotten.

Hussein and Hillary promoted the Arab Spring Jihad run by the Muslim Brotherhood (Huma’s family business) - to get rid of crazy dictators, like Gaddafi, where women had some rights.. to help Islamic Caliphates, like the Mullahs in Iran, where women had no rights..

Kicks backs all around..

After the Arkancide of Gadhafi, Hillary said :: “We came, we saw, he died.” — then she laughed.

Samantha Power is one “sick puppy”; she ALWAYS looks like she’s under tremendous mental strain ...

Graham hinted it was Hillary who was putting in unmasking requests in her name with out saying it simply.