I appeared tonight on Tucker Carlson Tonight to provide an update on the Gibson’s Bakery v. Oberlin College case.

It was my first time doing an on-set interview, and it was fun.

TUCKER: In late 2016, three students at Oberlin college, maybe the most liberal college in the country, tried to rob a small family business near the school called Gibson’s Bakery. Tried to steal a bottle of booze among other things. When they were caught, one of them assaulted the son of the bakery’s owner, physically. One response to that, Oberlin college amazingly attack the bakery as racist and tried to destroy it. Tried to run it out of business. Well, they sued and a few months ago a jury awarded, ordered Oberlin to pay the Gibson family $44 million in damages. So that’s where we last left this story. What happened next?

Bill Jacobson has followed this story closer than maybe anybody and thank God he has. He’s a professor at Cornell Law School. He joins us tonight on the set. So Bill, what happened? 44 million, is the Gibson family enjoying their award?

WAJ: No, they’re not. The college continues to fight it. Irony of ironies, liberal Oberlin invoked Republican tort reform caps and got the award reduced from 44 million to 25 …

TUCKER: You’re making that up.

WAJ: I’m not making that up. And then the judge awarded six and a half million dollars of legal fees for Gibsons. So it’s about 32 million that Oberlin owes. They are continuing to fight it. They have appealed it. They’re continuing to attack the bakery.

In fact, in a really extraordinary move after the trial was over, they tried to get unsealed Facebook records from one of the Gibson’s children. The clerk who stopped the students, who wasn’t a party, didn’t testify. And why release these Facebook records? Is because Oberlin continues to demonize this small family bakery, refuses to accept any responsibility for what they did to them, and shows no remorse and they’re appealing it. They’ve hired additional lawyers for the appeal. They’ve already spent, or their insurers has spent, $5 million fighting this little bakery and they just cannot seem to accept it.

TUCKER: Shafting the little people. Oberlin, meanwhile for our viewers who aren’t aware of what it is, is like kind of the stereotype of the annoying liberal rich kid school. I mean, it’s not actually like a real college, but it’s incredibly expensive and they have a lot of money. Why don’t they just pay?

WAJ: Well, because you know, they have a reputation of being a little kooky lefty sort of school, but they’ve really shown a very cold heart here. They have been completely heartless towards this bakery. They have no empathy towards the bakery. It’s almost a sociopathic sort of malevolence towards this bakery because the bakery stood up to them. And it’s really bizarre. I don’t know what’s going on there, but I know a lot of alumni are very upset about it. And I would be too, if I were an Oberlin alum, because the value of your degree has been diminished by multiple administrations at Oberlin who simply want to crush this little family bakery and it makes no sense in any real world.

TUCKER: The degree is less than worthless. I mean it, I would never hire someone, someone who went there. But this is so revealing. Scratch a liberal and you find a fascist. Bill Jacobson, what a public service you have done following this story. I hope you will come back here. Thanks. We’ll celebrate when they finally get their money.

TOPICS: Crime/Corruption; Culture/Society; News/Current Events; Politics/Elections
KEYWORDS: billjacobson; education; gettherope; gibsons; gibsonsbakery; oberlin; oberlincollege; tuckercarlson Navigation: use the links below to view more comments.
first 1-20, 21-26 next last
William A. Jacobson is an American lawyer, professor, and conservative blogger. He has "a national reputation as a leading practitioner in securities arbitration." His cases have been covered by The Wall Street Journal, The Boston Globe, The Providence Journal, TheStreet.com, RegisteredRep.com, and Investment News.

Jacobson is a 1981 graduate of Hamilton College and a 1984 graduate of Harvard Law School. During his time at Harvard, Jacobson served as Senior Editor of the Harvard International Law Journal and as Director of Litigation for the Harvard Prison Legal Assistance Project.

I didn’t think Oberlin graduates got jobs. I thought they all joined the Peace Corps. I hear there is a big need in2019 so this graduation class will be happy.Mom and Dad won’t have basement dwelers and ANTIFA will have fewer protestors.

No, no. It’s shafting anyone - big or small - who doesn’t give in to fascist PC pressure.

because the value of your degree has been diminished by multiple administrations at Oberlin who simply want to crush this little family bakery....”

4 posted on 11/01/2019 11:25:10 AM PDT by ConservativeDude
[ Post Reply | Private Reply | To 1 | View Replies]
To: Steely Tom
The Dean of Social "Wokeness" at Oberlin weighs in on the controversy. (His 12 brothers hold similar positions at as many other academic institutions in what used to be America.) 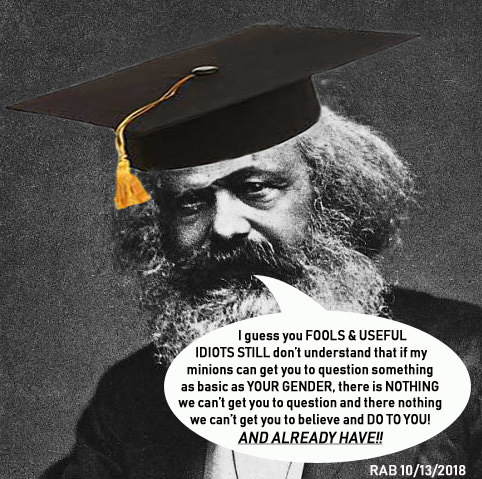 Oberlin better pay up or shut up. I hope the millions they owe bankrupts the school. Are there no Oberlin alumni and donors who are willing to say enough is enough and seek to oust the administration?

It may be time for a “Go-Fund-Me” to be created to collect funds FROM OBERLIN ALUMNI to pay the legal expenses of the bakery as it fights against the Oberlin cabal.

Oberlin College endowment is in the area of 900 million dollars. The penalty they will eventually pay will hardly put a dent in that. In fact if thy can delay the payment for about 18 months the 900 million invested in a modest portfolio will earn them close to 70 million dollars or more than enough to pay the bakery AND the attorneys they hired.

Michelle Malkin is an alum, but presumably has zero influence with the administration.

I hope that the county sheriff enforces the payment to the Bakery by holding a sherriff’s sale and auctioning the campus and resources off at firesale prices until there is enough to pay every dime with cash money.

Nah...they get jobs just fine. They can also get into all sorts of grad programs if they do well on their tests (GMAT,MCAT, LSAT) It is just a hair to the left of Tucker's own college, Trinity College of Hartford, CT.

Michelle Malkin went to Oberlin. Here are her reactions:

Do we know the identifies of the original perps? Their identifies, as well as the college administrators, should be known far and wide

Bill Jacobson, what a public service you have done following this story. I hope you will come back here. Thanks. We’ll celebrate when they finally get their money.

Tucker's great... glad he's on our side.

CBS (yes I know its CBS!) just ran a very good story on this on Sunday Morning.

I was shocked to see such a truthful story from CBS.