West Hollywood City Councilman John Duran said Ed Buck once hung an effigy of him in a park.

Some municipal employees said they refused to meet alone with him, and he unnerved two political foes so much at council meetings that sheriff’s deputies accompanied them to their cars afterward.

Buck’s political influence has drawn intense criticism, especially from black and LGBTQ activists who believe his status as a white Democratic donor initially insulated him from prosecution and that influential people made excuses for a man whose volatility was on public display for years.

Jasmyne Cannick, a black political consultant who pushed for Buck’s prosecution, said she believed Buck got special treatment because of his fundraising for local Democratic candidates, a charge officials have denied.

TOPICS: Crime/Corruption; Editorial; Government; News/Current Events
KEYWORDS: buck; money; perp; schiff
“It’s more than race and class,” Cannick said after the second death in Buck’s home in January. “It is also political. This is a man protected by the Democratic Party.”

Schiffty hardest hit. Has he given back the loot yet?

When you’re a Democrat you have no choice but to raise money from criminals.

Did Adam Shifty have a relationship with Buck?? Anyone have details?

“Abrasive”? Didn’t two people die in Buck’s house and a 3rd was hospitalized for a drug overdose? How many people would Buck have to kill to move on up to being described as “unhinged”? 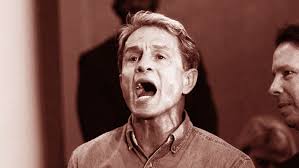 Most politicians are nothing by whores, so it’s no surprise they took Buck’s money.

6 posted on 10/19/2019 4:53:20 AM PDT by Avalon Memories (This Deplorable is not fooled by the Marxist-Stalinist totalitarians infesting the Dem Party.)
[ Post Reply | Private Reply | To 1 | View Replies]
To: Ann Archy
Did Adam Shifty have a relationship with Buck?? Anyone have details?

Who needs details when you can just make up a "parody?"

7 posted on 10/19/2019 4:54:39 AM PDT by Avalon Memories (This Deplorable is not fooled by the Marxist-Stalinist totalitarians infesting the Dem Party.)
[ Post Reply | Private Reply | To 3 | View Replies]
To: Libloather

“Did Adam Shifty have a relationship with Buck?? Anyone have details?”

I’ve read he visited Buck’s house around 16 times. Who knows what went on there; maybe they were playing checkers.

IIRC Trump also trolled him once by calling him “liddle Schiff”; that was probably a reference to “Liddle Kiddies”, a group that has been allegedly responsible for pedophilia.

“He was extremely volatile, angry, irrational, mean, a bully, all those things.”

In other words, he was a typical Democrat.

The guy sounds like a typical Democrat donor. What’s the big deal here?

Did Adam Shifty have a relationship with Buck?? Anyone have details?