To listen to most Democrats, they’ve got President Trump on the run when it comes to immigration... But anyone who believes sanctuary-movement backers and Dems seeking to decriminalize illegal immigration are beating the president needs a reality check.

On Wednesday, the Supreme Court ruled to permit the administration to go on refusing to accept applications for asylum from migrants who have passed through another country without being denied asylum there...

That comes on the heels of the court’s decision in July to allow Trump to use money from the defense budget to build the border wall... a sign that the left’s judicial guerrilla war that had been stymieing the president is starting to crumble.

Fact is, despite the beating Trump has continued to take from the media... his policies have started to show signs of success.

While no one expects Mexico to pay for Trump’s wall, it is doing something more important: using its resources to stop its people from crossing over into the United States illegally...

The campaign by Obama and other Democrats to grant amnesty and a wide array of benefits to illegal immigrants fueled the surge across the border...

Trump’s critics have libelously denounced his attempts to enforce the law — and restore order at the border — as reminiscent of the Nazis and evidence of racism. Yet those efforts seem to be having the intended effect on those contemplating coming here without permission...

Trump has shown that... strict enforcement policies combined with the help of both the Supreme Court and the Mexicans can provide a way forward to fix an illegal-immigration problem that has long seemed insoluble. 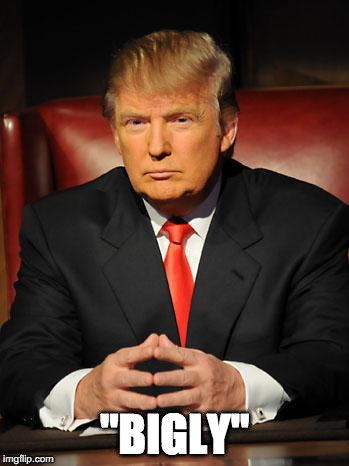 Yes, Trump is just like Hitler. Remember the millions of Jews trying to sneak into Germany during the 1930’s?

Thanks for more good news re the important battle of our borders.

Winning big will be a comprehensive border wall going up.

An additional benefit of Trump’s border success is how he has forced the America-haters to show their hand.

“An additional benefit of Trump’s border success is how he has forced the America-haters to show their hand.”

It may well turn out to be his longest lasting legacy. He has completely ripped away the facade of the left wing slime and their cohorts in the media.

First, stop the inflow of illegals and then round up the illegals already here and send them back. Prosecute those that protect them. Deny all taxpayer benefits to all immigrants. Lest anyone think I’m too harsh; is it too much to expect everyone that wants to come here to do it LEGALLY.

We really need to get help in congress for DJT.

Winning would be the numbers not picking back up with the arrival of cooler temperatures. The numbers always drop off in the heat of summer’s 100+ weather.

This Northeasterner learned the hard way that the Sonoran Desert will get your attention in the summertime. I never new what thirst was.

If Trump closes the southern border, then how can anybody expect democrats to ever win a federal election?

America has been on this from jump street.

Likely an stupid question but why no projected wall from just past El Paso to just past Laredo?

As an aside, We Build the Wall states on their home page: “Project 2 is underway right now.” No mention of where. Surprised media or some municipality hasn’t mentioned it. Perhaps El Cenizo,TX. The little town that offered to meet with the private group to determine particulars of wall construction in their area. Anyway, more Wall going up!!