Muslim cleric who hid Christians during attacks honored in the US
CNN ^ | July 18, 2019 | Bukola Adebayo

Lagos, Nigeria (CNN)The US government is honoring an 83-year-old Muslim cleric who hid 262 Christians in his home and mosque during an attack in central Nigeria.

Imam Abubakar Abdullahi, along with four religious leaders from Sudan, Iraq, Brazil and Cyprus, were awarded the 2019 the International Religious Freedom Award, which is given to advocates of religious freedom.

Abdullahi was recognized for providing shelter for hundreds of Christians fleeing attacks from Muslim herdsmen who had launched coordinated attacks on Christian farmers in 10 villages in the Barkin Ladi area of Plateau State on June 23, 2018, the award organizers said in a statement.

The cleric refused to give them up when their attackers asked about their whereabouts, International Religious Freedom Ambassador Sam Brownback said at the awards ceremony in Washington on Wednesday.

"The imam gave refuge to his Christian neighbors, sheltering 262 Christians in his mosque and his home.... then stood outside the doors confronting the Muslim attackers, pleading with them to spare the lives of the Christians inside, even offering to exchange his own life for theirs," Brownback said.

More than 80 people were killed in the attacks by suspected herders who also set fire on many homes in the villages. Violence between the nomadic Fulani herdsmen, who are mostly Muslims, and farmers, who are predominantly Christians, in Nigeria dates back to 2013.

The State Department, organizers of the award, given to advocates of religious freedom, said the Muslim cleric selflessly risked his own life to save members of another religious community who without his intervention would have been killed.

Armed herders have unleashed mayhem on communities in central states to evict farmers in a conflict said to be deadlier than the Boko Haram insurgency. 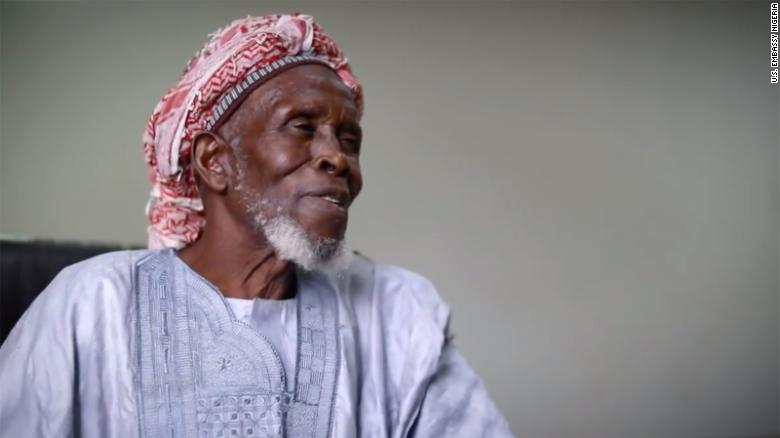 "Greater love than this hath no man, than to lay down his life for his friends."

Islam is a bad religion, but that doesn’t mean all of its asherents are bad, like this guy. It would be fair to say though, that good people who are muslims are good in spite of their religious faith, rather than because of it.

That is a muslim, I can respect.

My question is, why would this guy even want to be a Muslim cleric if he is inclined to offer this kind of charity to "non-believers?" His religion is very clear about how to treat non-Muslims.

“I shall cast terror into the hearts of the infidels. Strike off their heads, strike off the very tips of their fingers.” Quran 8:12

“Let not the unbelievers think they will ever get away. They have not the power so to do. Muster against them all the men and cavalry at your command, so that you may strike terror into the enemy of Allah and your enemy…” Quran 8:59-60

“When the sacred months are over slay the idolaters wherever you find them. Arrest them, besiege them, and lie in ambush everywhere for them.” Quran 9:5

A good observation. And Jesus said that if this noble man even gave a cup of cold water to help these Christians, he would not fail to have his reward.

Who knows, maybe he'll become a Christian. He already seems to get the hang of it.

It’s sad to say, but this decent and honorable man has probably signed his own death sentence. Radicals won’t allow him to live as a symbol of how people can live together.

Amen! I pray that when he leaves this Earth, may God embrace him in his arms and live an eternal life.

He deserves a Nobel Peace Prize!

"Whatever you did for the least of my brethren, you did unto Me."

The LORD bless him!

Amen. And may his tribe increase.