President Trump fired off a warning shot to Barack Obama and the deep state on Wednesday morning.

President Trump: “Someone should call Obama up. The Obama Administration spied on a rival presidential campaign using Federal Agencies. I mean, that seems like a headline to me?” @TuckerCarlson It will all start coming out, and the Witch Hunt will end. Presidential Harassment!

One of the many illegal actions that President Obama partook during his eight years in office was the assimilation of personal data on all Americans. His “Operation Hammer” will soon be uncovered and show his contempt for Americans and the rule of law.

Maxine Waters slipped up during a 2013 interview with journalist Roland Martin. In this interview Waters said –

…I think some people are missing something here. The President [Obama] has put in place an organization that contains a kind of database than no one has ever seen before in life. That’s going to be very, very powerful and whoever …and that database will have information about everything on every individual in ways that it’s never been don before.”

Jim Hoft is practically a parody of himself at this point.

If true the Deep State is going to start behaving like a cornered, wounded wolverine. Buckle up!

been hearing this for two years, nothing. Will keep on radar but won’t get hopes up until I actually see the perps frogmarched to jail.

Wake me when some Dems get thrown into solitary on Riker’s. Until then, zzzzzzzzzzzz....

Is Jim Hoft the person who started the “Boom!” fad?

No ‘Boom!’, just ‘Zoom’.
Give us some results to look at.
No more big letters about ‘Coming Attractions!’

Both parties cooperated to violate the Constitution.

It will not all come out because of that.

Some of it may come out, but the Kenyan from Indonesia will be protected. 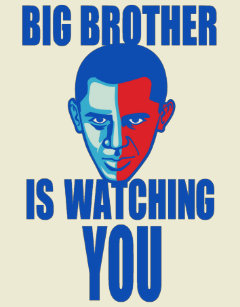 Who wins when a Honey Badger fights with a Wolverine?? NASTY.

? Are you suggesting that Trump’s tweet is not true?

Realize this, as communication by THE PRESIDENT OF THE USA...that is an incredibly powerful accusation. If this isn’t serious, then our POTUS is a Nutter.

Gee, count up the millions that foreign govts were giving to her “foundation”.

I believe former NSA Director Admiral Mike Rogers has told us the answer. In early 2016 Rogers caught on to a massive and pre-existing weaponization of government surveillance and the use of collected NSA metadata for political spy operations. Everything, that comes AFTER March 2016 is one big blanket cover-up operation….. ALL OF IT. The Russian election interference narrative; the use of Joseph Mifsud, Stefan Halper, the London and Australian embassy personnel; Erika Thompson, Alexander Downer, U.S. DIA officials; everything around Crossfire Hurricane; and everything after to include the construct of the Steele Dossier; all of it was needed for the creation of an ‘after-the-fact‘ plausible justification to cover-up what Mike Rogers discovered in early 2016, AND the downstream unmasked records that existed in the Obama White House SCIF. Fusion GPS was not hired in April 2016 to research Donald Trump.

HAT TIP JONRICK 46 I believe protecting the Clinton Foundation was the heart of the Obama’s Watergate style spy operation. Instead of simple wire taps on phone lines it was the high tech capabilities of the NSA Big Brother apparatus. The Clinton Foundation was designed to be a money laundering instrament to fund political campaigns and political operatives, much like Soros’ Tides Foundation. It had built into it a way for the Clintons and the Obamas to get rich quick and hide their gains in the financial maneuvers of the Foundation.

Trump represented a threat to the Clinton Foundation. An investigation into its workings caused Hillary to destroy the hard drive of the server running her illegal email operation. The investigation ended with Comey’s illegal exoneration. Once the illegal server was scrubbed, a coordinated effort was launched to scrub Trump from the political landscape. The phony dossier was their bleach bit to wipe out Trump. The dossier was also the key to unlock the NSA spy apparatus on the Trump campaign for more dirt and to track Trump’s strategy. This whole effort was to eliminate Trump from any ability to expose their plans for the Clinton Foundation. This effort has not stopped

...... former NSA Director Admiral Mike Rogers in early 2016 caught on to an Obama-era massive and pre-existing weaponization of government surveillance and the use of collected NSA metadata for political spy operations. Everything, that comes AFTER March 2016 is one big blanket cover-up operation….. ALL OF IT......

"Many astute Freepers have conjectured that Trump won DESPITE Obama tapping his Trump Tower phones, ordering an array US intel agencies to stop Trump. Trump had to know ...... b/c knowing allowed Trump to successfully sidetrack the cabal." Remember that blurb about Mike Rogers meeting with Trump in November 2016 right after the election?

My post was about Jim Hoft and his breathless “reporting”

Not a moment too soon. Do they have a special room at Guantanamo with a door big enough for BO to get his head through?