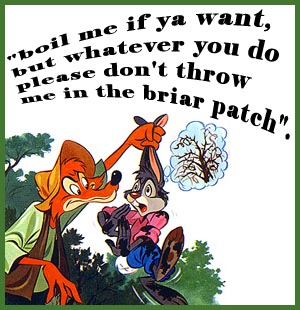 These players will all simply say in testimony that they don’t remember.

3 posted on 04/26/2019 7:13:05 AM PDT by lurk
[ Post Reply | Private Reply | To 1 | View Replies]
To: Bratch
This is not one of SD's finer articles. It is an utter confusing convoluted mess, actually and there is no need for this when the facts are clear. And we already understand the import of the subject memo - namely that it demonstrates that the FBI was recruiting agents to spy on the WH.

The law and the facts are on our side. SD should stick with those and make a straightforward case.

And it is not just me who finds this confusing and poorly written. Read the comments.

It was all to cover up the myriad crimes of the Kenyanesian Usurpation.

Neither party wants the facts to come to light because BOTH parties cooperated to violate the Constitution.

Literary excellence - well I guess that is a bit much, but some thought and some self-restraint from engaging in verbal diarrhea, perhaps even trying to lay out points according to some sense of order, eliminating things that just don’t fit the point that is trying to be made.

I disagree. This is important insight as to what to expect and what needs to be done.

No doubt he played along with the dumb-down tactic of not informing the Trump campaign.

In doing so, he tacitly allowed the FBI to set a honeypot for the Russians to get bolder and contact the Trump campaign.

The FBI then, with the FISA court, could spy on the Trump campaign and create the “insurance policy” that would either sully the campaign or get Trump impeached if elected.

There will be indictments for this soft coup attempt.

It is no insight if it is so poorly written that those who need to read it are disuaded from doing so.

If sundance thinks he needs to provide me with an important insight he should tell me at the outset what insight it is he is providing me that I need. Otherwise he will have, and apparently has, failed in his effort to educate this poor unworthy soul.

11 posted on 04/26/2019 10:45:45 AM PDT by AndyJackson
[ Post Reply | Private Reply | To 9 | View Replies]
To: Bratch; caww; Diogenesis; bitt; bagster; JonPreston; Hotlanta Mike; 2ndDivisionVet; ...
"The ‘By-the-Book’ framework is based on a false-premise; but the action, just about any action, taken to mislead (even undermine) the incoming administration is excusable under this carefully crafted justification memo. That’s exactly why Susan Rice wrote it; and each of the participating members knows they can use it, when needed."

This is extremely convoluted.

I wonder ...... can some of the brilliant people here at FR try to explain all of this.

I am more than a little confused right now, and a little afraid from what I think I've read.

The “By The Book” aspect refers to President Obama and Susan Rice being told by CIA Director John Brennan, FBI Director James Comey, Director of National Intelligence James Clapper, and Deputy Attorney General Sally Yates, that President Trump was the subject of an active counterintelligence investigation to determine if he was under the influence of the Russian government.

Even the timing of the memo, written 15 minutes prior to the end of the Obama administration, is ex-post-facto useful as evidence of the author’s intent.

Put aside the nonsense aspect to the origination of the investigation for a moment; that part doesn’t apply here…. Accept their position ‘as if’ it is substantive.

We are talking about Brennan, Comey, Clapper and Yates telling President Obama and NSA Susan Rice that President-elect Trump is under a counterintelligence investigation where the suspicion is that Donald J Trump is an agent of a foreign power.

Under that auspices (fraudulent though it may be) the incoming President is a counterintelligence investigation target. A potentially compromised Russian asset. Under this auspices all of the officials would be permitted to lie and mislead their target, so long as they did so “By The Book.”

That’s their justification for a lengthy series of lies and false statements.

The conspirators will be able to legally justify their actions thanks to the Rice memo.

The investigation needs to focus on the the dubious events leading up to the issuance of the FISA warrants; that's their vulnerable point.

14 posted on 04/26/2019 11:36:40 AM PDT by Bratch (IF YOU HAVE SELFISH IGNORANT CITIZENS, YOU ARE GOING TO HAVE SELFISH IGNORANT LEADERS-George Carlin)
[ Post Reply | Private Reply | To 12 | View Replies]
To: AndyJackson; bigbob; a little elbow grease
I agree it was a lot to throw against the wall and also agree there is so much that will stick that the Right doesn't need to do that. This one line summarizes it for me:

"...Discussions of seemingly outrageous activity, via lots of blockbuster revelation, is in their interest. All of their actions easily justified from the standpoint of a possibility the inbound President was compromised. “We were riddled with anxiety”, they say..."

Bottom line, they cannot go with collusion or obstruction of justice. Their only thing to go with is "There were bad things being done that we had to pursue, even if we were wrong in pursuing it."

Even that is going to fail for them, though it will drag out the process.

The originating predicate (checkmate) for the hoax and the attempted coup will bring it all down. They are not getting away with sedition and treason because of the last minute cya move by Rice. POTUS would not be hitting high notes with the coup trumpet were it not so. The trail of evidence goes too far back in time to now fabricate justification. Obama the usurper was compromised and wholly owned by every single agency that played a part in his rise to the presidency.

Many, if not most Ds think of Obama as a highly skilled world-class politician when the available evidence suggests exactly the opposite.

Unfortunately, our R elders likely had no knowledge of the extent to which the forces that filled O's WH team with dedicated and effective position players also had/have their hands deep in most key federal agencies.

The elders may have based their calculation to disregard his ineligibility simply on a seeming lack of assets that would be preferable to having known criminal Hillary in the WH.

I am going on gut instinct and a little reading, writing, and arithmetic.

We get so bombarded by negative Nellies and the fake news, it’s easy to lose sight of the fact that our very stable genius POTUS has been dealing with the very best and the very worst in people his whole adult life while rising to billionaire status, and the hoax and coup attempt barely chinked his armor. The deep state actors are nothing new to him, and to their detriment have underestimated President Trump. It has been said that virtuous men approached Donald J. Trump and encouraged him to run for president for the sake of our nation. I believe that much was known and conveyed before DJT ever rode the escalator to his announcement to run for president.

“When you strike at a king, you must kill him.”

A whole lot of people failed in an epic way. Justice is going to be meted out and there’s no escaping it, try as they might.

97% of the US State Dept. personnel are purported to have voted for HRC, and 95% of the DOJ did so as well. Getting all of the ducks in a row is more complicated than it might have been, were the shoe on the other foot and HRC called the shots. Add in all of the resistance out of the SES in the DOS and DOJ, and all of the other branches of government, and one can see why the response on behalf of blind justice is slow as molasses. Plus, the Mueller Report was one giant clog in the wheel of justice eating up almost two years.

On top of all that, there is the wave of anti-Trumpers within the GOP, doing their damnedest to harm POTUS at just about every turn. See the GOP led past Congress for one example.

The IG was blocked from doing his job in significant measure until the Mueller Report was released, thus finally giving access to actors and evidence, which appears to have been pushed along to completion, by the recent hiring of AG Barr. So, that situation also seemed to be a roadblock to serving justice, which is now for all intent and purpose removed.

I’m as impatient as the next person and I want to see people investigated, prosecuted, and convicted, then sent to prison for the rest of their lives. I wish for the gallows treatment, but I don’t see that happening, with the current state of affairs in our laws and the courts.