It’s the greatest crisis facing the country today and threatens not only the present, but the future as well. It’s not the national debt, terrorism, nuclear proliferation, climate change, health care, or any of the other issues Democratic candidates for president routinely ramble about, no. This is something far more serious – people making informed, really bad choices. And the Democratic Party is rallying to their defense.

Out of pure self-loathing, I watched most of the 5-hour lovefest on CNN Monday with Democratic candidates for president. One hour each for Amy Klobuchar, Elizabeth Warren, Bernie Sanders, Kamala Harris and Pete Buttigieg. These back-to-back town halls featured pre-selected questions from a screened audience of college students looking to government to solve their problems. Of course, government can’t solve your problems, especially when your biggest problem is looking to government to solve your problems.

A day after more than 300 people were killed in a terrorist attack because of their faith, I don’t remember a single question or statement from anyone about it. There were, however, a lot of questions about student loans.

Judging by the amount of coverage student loan debt has gotten this year, you’d think there were loan officers hiding in bushes outside of high schools waiting to jump out and force college bound seniors to sign their lives away to big banks.

That’s not happening, of course, students are signing those documents willingly after actively seeking out loans for college. But you’d never know it by the way the candidates talk about student loans.

The issue isn’t so much an issue as it is an opportunity to pander. Candidates dangle varying versions of loan forgiveness and “free” college to students with more debt than many companies as a way to buy votes. It’s also a way for Democrats to advance an idea that is at the core of progressive politics: no personal responsibility.

So much of what Democrats are pushing this year is designed to insulate people from the bad choices they make – don’t worry about consequences, government is here to “fix” it. It’s the “let mommy kiss your booboo” of 2020.

Nothing captures this attitude like student loan forgiveness. Fully informed people making bad choices to borrow more money than their education will ever be worth, flocking to politicians promising to make it all better.

Rather than stealing from taxpayers to absolve people of their bad decisions, here’s an alternative that will serve the much more important purpose of teaching future generations about responsibility: tell the truth.

One questioner at Monday’s CNN event asked what can be done for her. According to her question, she’d amassed $25,000 in loans for just her freshman year of undergraduate studies at Saint Anselm College, which cost $38,000 per year in 2017. Rather than pander to someone like this girl, all candidates, and all Americans, should ask her why in the hell she chose to attend such an expensive school. Ask what undergraduate degree she thought could justify such a move. These people need to be taught that a degree in interpretive dance or 1940s bisexual polar bear studies might make you super-woke in your Young Socialists of America drum circle, but they aren’t viable for future employment.

Additionally, every student with a complaint about student debt should be asked the following:

1. Why go to an expensive school if you can’t afford it without taking on massive debt?

2. Why would your parents allow you to choose a school if you have to take on upwards of $100,000 in loans?

3. Do you understand the concept of a loan?

Knowing those questions had to have gone through their heads at some point, they should then be asked why they should be absolved of their debts when they willingly and knowingly made bad decisions?

They won’t have an answer, at least not a good one.

Candidates should pat them on the back, tell them they’re sorry but there’s nothing they can do for them. Not everyone is meant to lead a life of example, some people serve as cautionary tales – so let it be with these people.

Future generations can learn from the high self-esteem, snowflake generation whose parents should have but didn’t tell them “no,” so they can avoid their mistakes. Unless you’re going to be roommates with the next Mark Zuckerberg, no undergraduate education is worth $100,000 or more in debt. If you can’t pay for it with savings, scholarships, grants, and some moderate amount of loans, don’t go to that school. There are other options.

There should be no student loan forgiveness. It’ll be a tough lesson for kids to learn, but it’s one they need. Their parents failed them, their guidance counselors failed them, and they failed themselves. Let a group of liberal billionaires step-up, put their money where their mouths are and help, but don’t force an autoworker in Michigan or farmer in Wisconsin who’s helping their kid work their way through a state school or commuter college do it.

Choices have consequences, especially bad ones. At least they should. Government is supposed to protect people’s rights, not from themselves. And certainly not at the expense of everyone else. Let these people serve as an example of what not to do. It won’t help them, but it’ll do wonders for the next generation.

I’m an uneducated white deplorable. Here is some advice;

Don’t go deep in debt for a worthless degree in gender studies thinking you are owed a great paying job.

You can work at Starbucks without a degree.

Since so many Dem’s are offering some form of “loan forgiveness”, I’m curious how long it will be before one of the candidates dares to offer “reparations” for all the undue stress caused on students, having to worry about how to repay these student loans..... 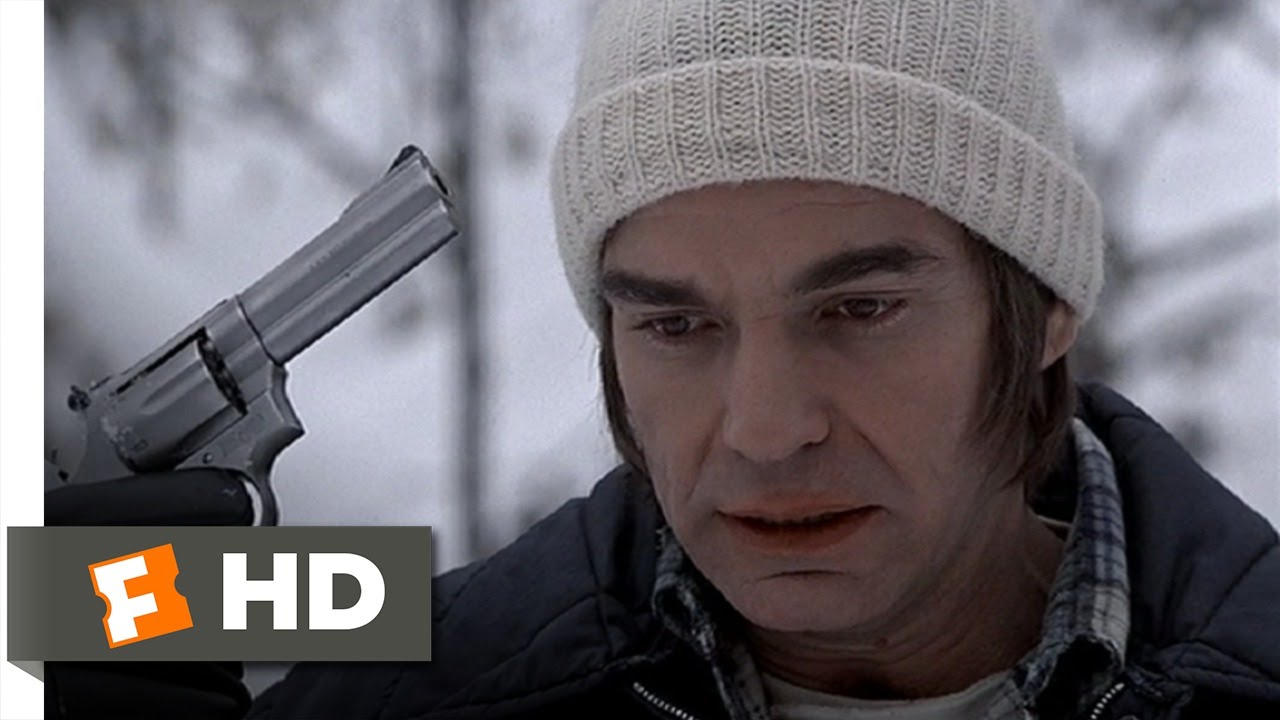 The simple plan, not to shoot yourself in the foot, is the be smart about where and how you get your education, and how to finance it. Not just to assume you need a harvard law degree when you're sure to end up a copier salesperson

4 posted on 04/25/2019 5:47:26 AM PDT by z3n
[ Post Reply | Private Reply | To 1 | View Replies]
To: Kaslin
If I remember correctly, fedguv took over the student loan program from banks with the intent of using the interest to help fund Obamacare. Of course with the gubmint approving just about every loan, the college tuition increases over the years have been ridiculous, with no thought at all of the impact on the kids ability to repay the loans.

The point though of somebody borrowing more than they can pay back is spot on but it goes to show ya how damaging government interference can be on a persons life.

Another related question to ask:

Why select a college major and attend an expensive university, paid for with borrowed money, and study in a academic field that has low earnings potential?

Here is the problem. Most of these “students” who are so in debt got their Masters in Gender Studies because they knew that degree would “signal” their “wokeness” into a 6 figure gummint job as an obnoxious bureaucrat in the Hillary administration which explains the wailing and gnashing of teeth when she lost. Now their massively overpriced degree is worthless.

Why, it’s almost exactly as if the Liberal Government siphoned billions from working Americans to their prog-lib friends in, so called, “education.”

There is an easy fix to this problem. First of all get the Federal government the hell out of the college financing business. Then make student loan debt dischargeable in bankruptcy like other loans are. Banks will then have to consider the viability of each loan candidate. A small loan to cover medical school costs will be a fine opportunity to make a profit. A $100,000.00 loan to study photography and gender studies will be a different matter.

As it stands there is no incentive to evaluate the worthiness of student loan candidates. Our country used to understand the value of the free-market.

Actually, the real question should be centered squarely on the expensive nature of college education. There are many ways to lessen the cost. Lets talk about that for a change. The first thing to discuss is why hasn’t technology REPLACED the need for land, buildings, and teachers in as many instances as possible? Online is used by business all over the place to provide training, etc for their employees. There is no reason that some college courses cannot be transferred to this approach. Let’s start chopping down the cost of a college degree.

The author apparently doesn’t understand Millenials in the slightest.

This IS an effective tool in getting them off the couch to go and vote Democrat. Sooner or later student loan forgiveness WILL happen, because these folks are going to demand it. Because they really DO look to government to solve all of their problems. The real estate and auto industries WILL line up to support it, because they’ll be licking their chops at all of those Millenials who will suddenly have disposable incomes.

If the Republicans were smart they’d get out ahead of this with their own proposal to try and diffuse the ticking time bomb. This is truly one case where, in a political sense, stubbornly sticking to ideological purity will get you killed.

My nephew majored in French at Boston U. He’s 30 and still a part time bus boy and full time skateboarder. His loans will be paid in full in 3 years. By his asswipe parents.

My personal pet conspiracy theory is that the government did all of this on purpose specifically to allow the Democrats to buy an election when they truly, desperately need to.

I took French all the way through high-school. Then I got out and realized that nobody WANTS to talk to those people.

You are spot on, my friend.

Why is no one talking about colleges “price gouging” on tuition hikes? The obvious answer is for the federal government to impose price controls on colleges and universities, so that no one is forced to pay more than their “fair share” for a college education. /sarc

Since Hussein nationalized the student loan program, the $1.7 trillion debt is on their/our grandchildren’s credit card. So much for a civil society.

People go to College and other educational institutions to learn something (hopefully). IOW, there are some things that they do NOT know.

If we had competent adults with backbones & integrity running the educational institutions they would focus less on selling Credit Hours and more on guiding & teaching students to avoid this Student Loan Debt Crisis.

Most College students (those who have never had to survive on their own outside of an academic environment and/or Mommy & Daddy’s care & support) are totally clueless and incapable of running their own lives let alone the policies of a College or the Nation.

Start treating the spoiled kids as spoiled brats, rather than bowing to their claimed omniscience and moral rectitude.

The tuition hikes are about making sure the soldiers of the Left in the universities are well-paid, and guaranteed great pensions for fighting Evil White Nationalists like us.