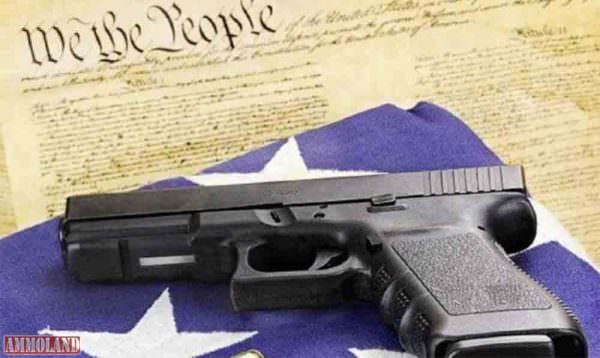 The bill was watched intently by Second Amendment supporters.  It passed the House just before 1 p.m.

Gutshot II, a long-term, vigorous contributor to OpenCarry.org, was in the gallery of the House of Representatives in Kentucky when SB150 passed.

Gutshot II: I am sitting in the gallery of the House Chamber now. They will start soon.

garyh9900: The bill has passed and is being sent to the governor for signature.

Now the bill goes to Matt Bevin, the strongly conservative governor of Kentucky. Governor Bevin is widely expected to sign the bill into law. Matt Bevin was given an endorsement by Gun Owners of America in his governors race.

Governor Matt Bevin has said he will sign Constitutional Carry. From wkyt.com:

Gov. Bevin said Friday afternoon to Gray TV that he would sign the bill.

“It doesn't break new ground. It simply says that people do indeed have the right to keep and bear arms,” said Gov Bevin. “… For those people who are offended at this idea and don't like it, there are other places in America where they

Can you imagine Bevin as a Senator, instead of McConnell. I can.

Kentucky will implode and we’re ALL GONNA DIE!!

Bevin tried to primary him but unfortunately ut did not work. I am just thankful we got Bevin as governor.

I have been hoping for Constitutional Carry here in KY for years and emailed Bevin about it probably 2 years ago.

Rand still needs to get the US Senate. States this smart should not have to endure a somewhat never Trumper like him.

Why is it called “Constitutional” carry?

We shouldn’t need legislation to tell us we have a constitutional God Given natural right to defend ourselves.

6 posted on 03/06/2019 6:18:42 AM PST by Phillyred (Kieran Hussie)
[ Post Reply | Private Reply | To 1 | View Replies]
To: Phillyred
We shouldn’t need legislation to tell us we have a constitutional God Given natural right to defend ourselves.

Many things that should not be, are.

This legislation repeals a bunch of bad law.

It is not perfect, but is a reasonable facsimile of the state of law when the Bill of Rights was ratified in 1791.

At that time, no permit was required to carry weapons, openly or concealed.

Good news. Too bad we can’t get this in Texas.

Do you know where the RTC graphic is maintained? Love watching all the states change colors.

Yes. It is at Radical Gun Nuttery.

Excellent. Thanks! That map keeps getting better and better.

My opionon only: It reaffirms an allowance that is acknowledged by the 2nd amendment that always existed naturally before the document was even written down and codified.