President Donald Trump called for a bipartisan effort to pass an infrastructure bill in his latest State of the Union speech. Secretary of Transportation Elaine Chao echoed the same sentiments shortly after the speech. Yet both failed to provide a few details as to what ought to be included in such a bill, and leaving the details to Congress is problematic.

So far, most congressional discussions on any infrastructure bill have focused on ways to fund more federal spending. Letting Washington simply throw more dollars at roads and bridges, however, is a bad idea. Whatever we spend, politicians should take steps to ensure we get the highest return possible for our transportation dollars.

The standard line in Washington is that U.S. highways and bridges are crumbling. Anecdotal evidence aside, this is not true. In fact, when I looked at objective measures of highway and bridge conditions between 2005 and 2014, I found overall highway quality has been relatively stable. Bridge quality, overall, has even improved.

Digging deeper into the data, it turns out that highways and bridges are in bad condition in some states but in good condition in others. Most highways in Arizona, Illinois and Florida are in pretty good shape, while many in Hawaii, California and Louisiana are in poor condition. The story is much the same with bridges.

Washington politics are a blunt instrument, and probably won’t be able to narrow these differences. Illinois’ representatives aren’t going to give up some of the federal gasoline tax their constituents paid in order to improve highways in California. Indeed, if infrastructure funds are allocated by the federal government, political pressures will result in a fairly equal state-by-state distribution of the funds, which will fail to place funds where they are most needed.

Any red state/blue state correlation for that?

What are the odds that a large general infrastructure bill gets passed in the next 20 months?

I am skeptical that the GOP Senate would go for a big deficit-busting bill, though Trump and his Dem allies would love it. What do you think?

I'm not. That revolting CR they passed last year disabused me of any notion that Republicans in Congress are at all serious about cutting spending.

how about pictorial evidence. this photo from downtown chicago yesterday near the lake shore drive bridge over the chicago river. it's real baby 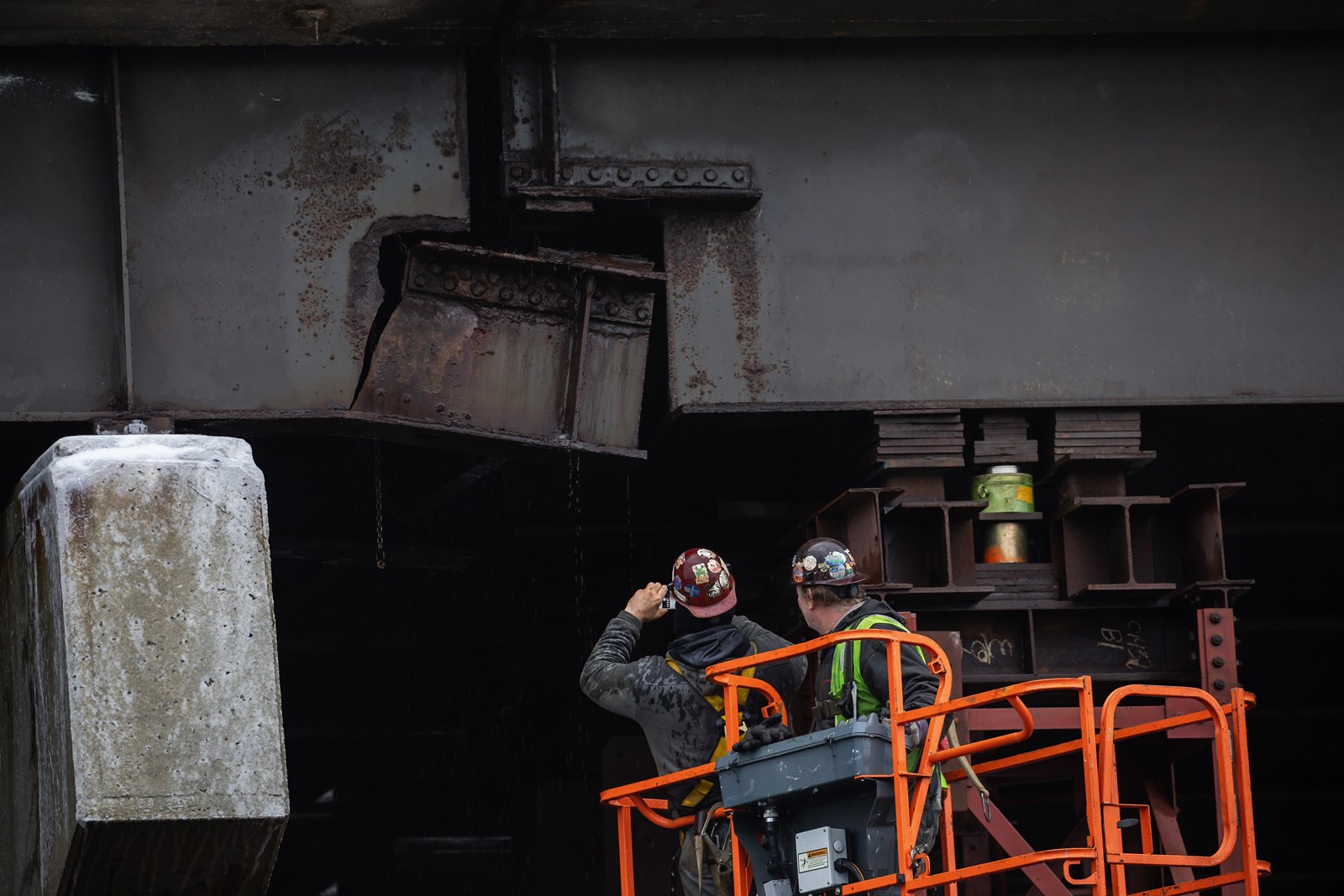 A couple spot welds and some bondo and it’ll be right as rain.

I’m a civil engineer by trade, and I’m baffled at why that thing was designed like that. Why isn’t the expansion joint right at the bridge abutment? That odd-shaped cantilevered section that separated from the rest of the beam looks like nothing I’ve ever seen before.

Unlike AZ, MN has bad roads every spring when the frost melts.
Minnesota has two seasons....Winter and Road Construction.

Not really, although the article goes on to show that greater localism in infrastructure decisions seems to lead to better infrastructure, on a state-by-state basis.

My concern is that once the Left figures out just how much monitoring and control they can have over people if they go to per-mile tolling, they’ll be flat-out for it. And with that they’ll entice conservatives by claiming that (semi)private control of roadways will permit ‘market solutions’ to traffic problems, and at no cost to government (just thousands and thousands of dollars imposed on drivers, but we’re not supposed to go there).

it was installed by democrats