Simone Grimes, a special adviser at FHFA, told lawmakers that Watt made dozens of sexual advances toward her, withheld a promised pay raise over her refusal of his advances and was protected by senior agency officials charged with investigating her accusations.

Grimes told the House Financial Services Committee that the FHFA’s Office of Inspector General responded to her claims with “hostility, intimidation, bullying, laden with gossip and public shaming” and sought to protect Watt throughout the process.

TOPICS: Crime/Corruption; Extended News; Government; News/Current Events
KEYWORDS: california; fhfa; harassment; karenmonahan; keithellison; losangeles; madmaxine; maxinewaters; melwatt; minnesota; sexual; simonegrimes; testimony; tomperez; watt
Grimes recorded audio from encounters with Watt in which he made inappropriate remarks, and has shared those tapes with reporters. Grimes said she informed Watt that he was being recorded, but that he appeared to not believe her.

And THAT'S how you do it. Mad Maxine is the head RAT on the House Financial Services Committee.

Watt signed the anti-harassment policy he said did not apply to him. He conceded to Hensarling that nothing legally prevented him from voluntarily adhering to the policy or participating in the USPS investigation.

It’s racist to cover this, or even mention it. 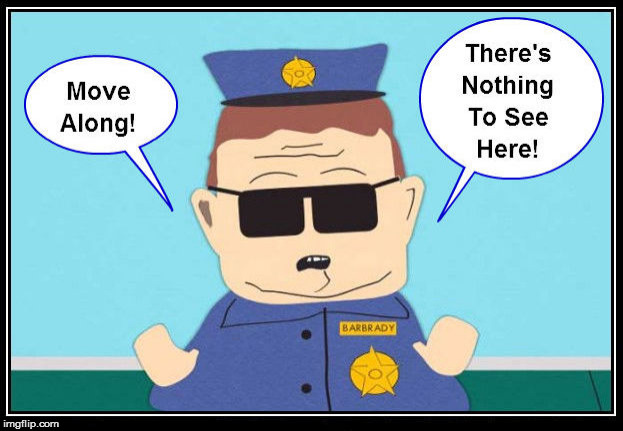 3 posted on 09/30/2018 9:20:20 AM PDT by Vlad The Inhaler (Liberalism is the philosophy of sniveling brats. - P.J. ORourke)
[ Post Reply | Private Reply | To 1 | View Replies]
To: Libloather
Remember when Joe Biden swam naked in front a female secret service agent?

The exhibitionist actually gets a sexual thrill from the activity.

The agent was right to be upset----Biden was using her......abusing her for his own sexual thrills.

One woman, looking to interview him, plopped herself down on his clothes one day, as his was finishing his ablutions.

She got the interview.

One of Obama’s Golden Boyz, imported from Charlotte, NC.

Many here were glad to be rid of Mel.

Thanks Libloather. One of Obama's success story appointments is getting aired out.