Royal Wedding Emblematic of the Decline of the Church of England
https://pjmedia.com ^ | MAY 19, 2018 | BY PAULA BOLYARD

The ceremony itself featured an African-American bishop who cited the American civil rights movement and quoted Martin Luther King Jr. as often as he did Jesus. The couple opted for a secular song, “Stand by Me,” performed by a predominantly black gospel choir—jaws literally dropped—in addition to old-school Christian hymns sung by the congregation. The traditional Anglican vows were altered slightly to allow the outspoken feminist Markle to opt out of the traditional promise to obey her husband.

While the acceptance of people of color into the royal fold is a welcome and long-overdue change, the acceptance of divorce and immorality by the Church of England is another thing altogether. That the Church blessed the union at all, coming as it did after the couple had been openly cohabitating and in light of Markle’s divorce, signals a radical departure from the traditions of the church headed by Queen Elizabeth, who inherited the title “Defender of the Faith” on the day of her coronation. That designation was first granted to King Henry the VIII by Leo X in 1521. Henry VIII, you will recall, famously left the Catholic church after the Pope refused to annul his marriage to first marriage to Catherine of Aragon. He later appointed himself Supreme Head of the Church of England and went on to wed five more women.

Disgusting drivel. According to this person if all we need is love then יַהְוֶה‬ isn't a requirement. An atheist could have said the something nearly identical.

2 posted on 05/20/2018 9:56:16 AM PDT by Mr Ramsbotham (Laws against sodomy are honored in the breech.)
[ Post Reply | Private Reply | To 1 | View Replies]
To: Para-Ord.45
While the acceptance of people of color into the royal fold is a welcome and long-overdue change, the acceptance of divorce and immorality by the Church of England is another thing altogether. 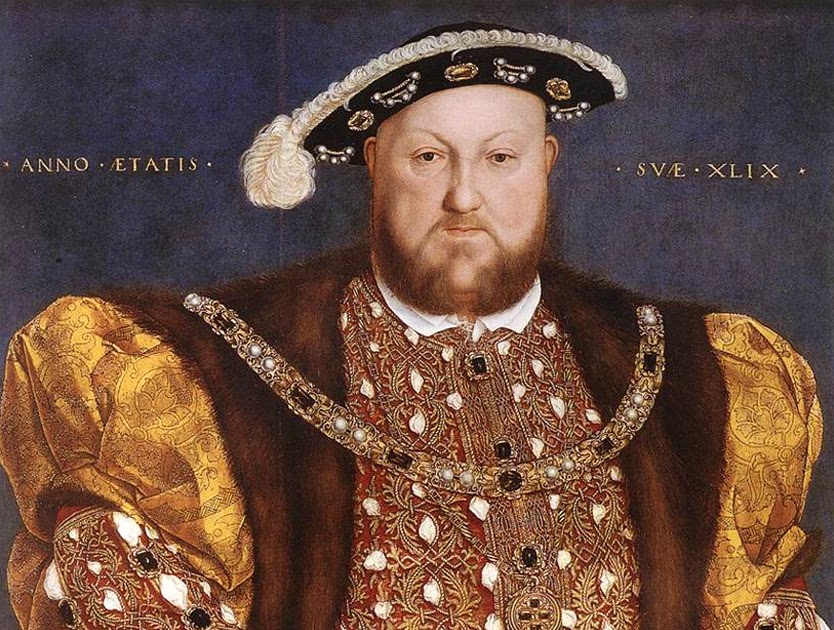 The “black preacher” is Michael Curry, the Presiding Bishop of the ECUSA (Episcopal Church of the United States of America). When he was elected, one of his first tasks was to change Julia Ward Howe’s lines of the Battle Hymn of the Republic to:

Guess he’ll get rid of the “G0d thing” next.

The church that nurtured me through some of the worst days of my 73+ years on earth has become a clown circus. Absalom Jones must be rolling in his grave.

In addition, the sermon featured a quote from a Jesuit. Odd especially in an English church.

What, jay-zee wasn’t available to officiate and perform Thug Life or some such thing for the wedding song?

This “new MIL is Black thing” is getting blown WAY out of proportion.

Most British people will go through their life and never meet a single Black person (2% of the population, although watching Dr. Who you would think it was 40%).

The over/under in years on this marriage is about 4.

King Henry VIII, aka the original host of “Queen For A Day”.

I had the very same thoughts. This was a slightly paler version of what a Jeremiah Wright may have said. This “bishop” should have been allowed a maximum of 1 minute to make his point and not as if this were some AME gathering. Disgraceful. The “gospel choir” sang a secular song and what an odd eclectic group at that.

He mentioned Jesus more frequently than I have heard from Episcopal Clergy for years. The Episcopal and The Anglian Church has practically banned God and Jesus from their churches. I guess that the fact that the Presiding Bishop is Black means that he can get away with it. Both of these church are the walking dead.

My American Lib friends LOVED the Bishop. My in-law Brit relatives haven’t said a word. The Ugly American comes to mind. It is classless to go into someone else’s home ( and The Chapel is part of Windsor Castle, which is a home of the Queen) and make them feel uncomfortable or insulted. Period. But it seeems in keeping with the way Harry and Meghan have both conducted their lives. Classless.

Why is that such a "welcome change." Why?
Why is having ones bloodline mixed away with an alien
race of people so fantastic and desirable?

Dr Who is now all about pushing the homosexuals!

Quick question - was Harry’s father at the wedding?

Absolutely spot on. Both Harry and Meghan are well suited for one another, neither one of them has a ounce of class.

For me, yesterday really brought home the fact that there is nothing special about the royal family any longer.

[The ceremony itself featured an African-American bishop who cited the American civil rights movement and quoted Martin Luther King Jr. as often as he did Jesus. The couple opted for a secular song, “Stand by Me,” performed by a predominantly black gospel choir—jaws literally dropped]

The majority of the world, including a significant percentage of the Christian world, are UNABLE to discern the differences between the Real Gospel and the Social Gospel. These days, I would say it’s the majority of Christians. Or so it seems.

That’s why many Christian Americans voted for Obama having been schooled by BLT Jeremiah Wright, Jr.

The hour is late; very late.

Yes, walked megan to Harry in the service.