Vowing to 'rip' Trump 'a new one,' Obama in his ex-presidency devolves into
American Thinker ^ | 1/19/18 | Monica Showalter

Far from content living his golden years on the $400,000 speech and lecture circuit of other former presidents, President Obama has been busy with clawing back his old power. He's actually covertly plotting to oust his democratically elected successor, President Trump, vowing to his associates to "rip him a new one" in the 2018 midterm elections. Seems he's not all that interested in watching his younger daughter grow up.

That's the word from DCWhispers, which reports that Obama's Kalorama mansion, in the heart of the capital's toniest district, is the center of significant comings and goings among the Obamatons, who, led by his consigliere, Valerie Jarrett, are busily raising funds for the project as Obama eggs them on.

The Obama Machine has in recent months been raking in tens of millions in preparation for a significant 2018 [m]idterm war effort – primarily through an LLC called Citizen 44, run by Paulette Aniskoff, a longtime Obama staffer who answers directly to Jarrett. Citizen 44's primary purpose is to keep the 2008 and 2012 Obama campaign machine intact, continue to build up its state-by-state influence, and use it as an election entity that will rival the influence of the DNC itself. In short, any Democrat of importance who hopes to rise in rank will have to kiss the ring of Citizen 44 first.

Knowing how Obama's campaign organization was run, with its slipshod accounting of foreign cash infusions and phony claims to be running on small-dollar donations, it's probable that this operation is as shady as all the other ones. In fact, it is all the other ones. DCWhispers reports that it comprises almost entirely Obama's leftover and not dead campaign apparatus.

Perhaps he’s talking about Reggie in the bath house...get lost, loser, as in Kenya.

The Kenyanesian Usurper belongs in Gitmo.
Along with all his henchmen.
Including the ones who wear R jerseys.

Rumors persist that Obama wasn't born here. Like the fictional Philip Nolan.....”The Man Without a Country,” Obama seems to have renounced our nation......acts like he never heard of the United States of America.

Even more egregious one could conclude Obama might have given explicit orders.......”no one in this party should ever mention the United States of America ever again.”

Seems more at home in Kenya. Sen Obama campaigned in Kenya for a Kenyan candidate Mohamed Abdi who lost. 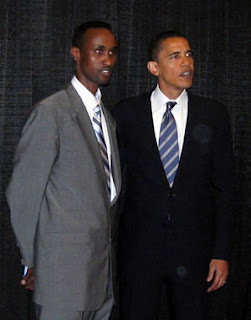 No two ways about it, BO Stinks!

This just means while he is in prison working in the sewing shop he will rip Trump a new one. Maybe a nice shirt.

Reggie’s is the only head Barry ever busted. He’s gotta be the biggest poser in DC.

Obama won’t do more than a half dozen rallies at most.

When everyone see Trump drawing 50 to 100 times as many to his rallies Obama will slink away like the scoundrel he is.

Some guy from a shithole in Africa.

............it’s just another Clinton Foundation money machine, fraudulent to it’s core, and that should be shut down and Obama arrested.

Pffft. Rip him a new one. Was this the guy who was going to “kick ass” at some time? He talks like a 14 year old punk in a locker room. Go away, Hussein.

Is the guy on the left a poofter-pimp as well?

The Ed Klein book about the plot against Trump says Obama has been much more interested in sitting in his office smoking marijuana and playing video games. According to Klein, it is Jarrett and Michelle who are pushing him to involve himself in Trump bashing, which he does occasionally. He also wrote that the only political matter Obama is interested in right now is Cory Booker’s bill to legalize marijuana nationally.

As documents continue to be released, karma will eventually embrace this idiot. His so-called legacy will be that he was the first black U.S. President and that he was involved with something that made Watergate look like joke.

We could ask Donald Young. If he was still alive, that is.

Only the tabloids would cover it. And they spoke with Donald Young's MOTHER about it. Anybody who wondered about one of his agendas wasn't paying attention. 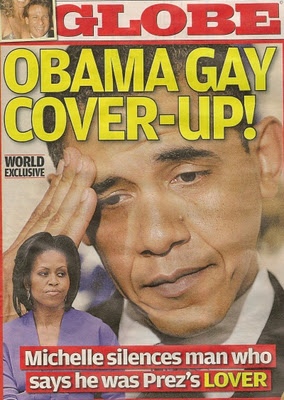 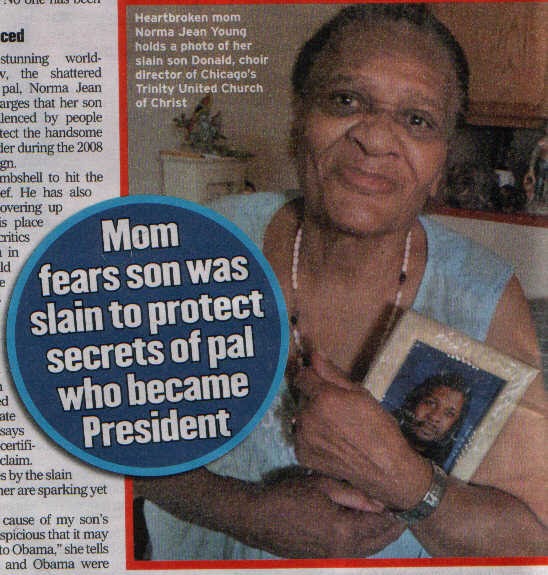 If Dorkbama the Muslim eunuch quota boy’s brains were dynamite, he couldn’t blow his nose.

President Trump would knock the rotted head off of that Kenyan with one slap of the back of his hand.