Donald Trump’s former chief strategist Steve Bannon has described the Trump Tower meeting between the president’s son and a group of Russians during the 2016 election campaign as “treasonous” and “unpatriotic”, according to an explosive new book seen by the Guardian...

..He is particularly scathing about a June 2016 meeting involving Trump’s son Donald Jr, son-in-law Jared Kushner, then campaign chairman Paul Manafort and Russian lawyer Natalia Veselnitskaya at Trump Tower in New York. A trusted intermediary had promised documents that would “incriminate” rival Hillary Clinton but instead of alerting the FBI to a potential assault on American democracy by a foreign power, Trump Jr replied in an email: “I love it.”

“Even if you thought that this was not treasonous, or unpatriotic, or bad sh- t, and I happen to think it’s all of that, you should have called the FBI immediately.”

“You realise where this is going,” he is quoted as saying. “This is all about money laundering. Mueller chose [senior prosecutor Andrew] Weissmann first and he is a money-laundering guy. Their path to f--ing Trump goes right through Paul Manafort, Don Jr and Jared Kushner … It’s as plain as a hair on your face.”

Bannon is making a fool out of himself.

Either that or it’s WWE style theatrics. It will be lovely seeing the crooked media side with Bannon because they hate Trump so much.

“Is there anything new here?”

One of Trump’s most trusted allies saying team Trump was treasonous. Yeah that’s something new.

Bannon is rapidly doning the mantle of “Major Loon”.
No wonder he was run out of the White Hut.

I don’t think Bannon is on our team.

Never a big fan. They guy's kooky, and I'm certain he was the cause of all of the leaks and other trouble early in Trump's administration.

I never liked the fact Trump allowed this loose cannon close to the inner circle. 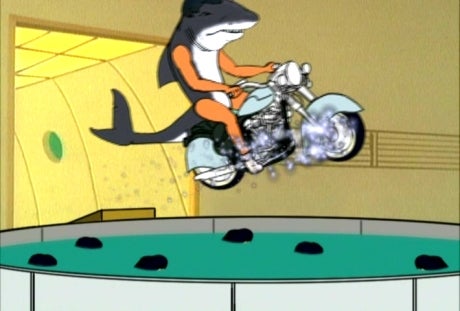 ‘It’s Michael Wolff. He is always stirring up sh*t.’

In which case it will be the work of a moment for Bannon to ferociously deny the quote.

30 posted on 01/03/2018 7:00:29 AM PST by Fantasywriter (Any attempt to do forensic work using Internet artifacts is fraught with pitfalls. JoeProbono)
[ Post Reply | Private Reply | To 14 | View Replies]
To: Incorrigible

I am wondering if Bannon isn’t simply tweeting the media to sell some books. Until we actually read the book, we won’t know.

But as someone said above, let’s say this is true. It contains NO new information other than to give someone else’s opinion of a meeting we already knew about.

I find myself only agreeing with about half of what Bannon says and does.

I meant to say “tweeking.”

maybe he really was fired.

Bannon had best be in a position where he can and does legitimately disown this immediately.

It's impossible for anyone to commit treason against the U.S. unless they're operating against U.S. interests on behalf of a country that meets the legal definition of an actual "enemy" -- i.e., a country against which the U.S. has formally declared war. That's why the last person convicted of treason in the U.S. was some Japanese-American dude who was convicted in the 1950s for fighting on the Japanese side during World War II.

The whole "treason" story with the Russians is a comical sham, and I'd be really surprised if Bannon is so stupid that he can't even see the obvious idiocy here. The current crew of the International Space Station has two NASA astronauts reporting to a Russian mission commander. ARREST THEM. CHARGE THEM WITH TREASON! LMAO.

The Trump tower meeting with the Russian lawyer lady was a deep state setup. Hardly treasonous. DOJ let her in the country on a propationary visa.