Former Obama officials like Harf dismissed Josh Meyer’s Politico bombshell detailing “how Obama let Hezbollah off the hook” by undermining the U.S. government’s own efforts to take down the terror group’s drug-trafficking operations.

As expected she fails miserably.

And if it’s not, there’s nothing to worry about. If you’re a liberal politician

Remember when Democrats actually wanted to know what did the President know and when did he know it?

Marie, the PDS is coming for you all. The party is over.

Tough, airhead. Your boss is a traitor.

5 posted on 12/21/2017 12:27:55 PM PST by I want the USA back (Lying Media: completely irresponsible. Complicit in the destruction of this country.)
[ Post Reply | Private Reply | To 1 | View Replies]
To: detective
Marie Harf is very distraught about Politico blowing the whistle on Obama for giving Hezbollah pass

The blond bimbo airhead might be the best the lefties could muster. No one else is stupid enough to try to defend an indefensible traitorous action like this.

Yep and no need to pack a bags for this paid vacation.

The Harfington Pest. (Although the FNC makeup artists are doing an amazing job on her).

A couple of days ago she said Obama left us with a roaring economy, which Trump is now enjoying.
Does this post require a HARF Alert? 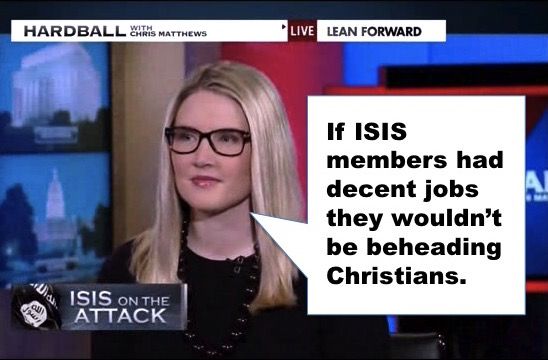 She is a total idiot. Putting her out there to cover such a monstrosity was like sending a Yorkie to go after a bear.

Or a helicopter ride...

Marie Harf makes Steve Urkel look intelligent..of course liberals LOVE Hezbollah..because Hezbollah kills Jews something the left approves of..imagine if the Trump Administration had allowed a terrorist organization to smuggle COCAINE into America, to smuggle human beings into America, what the reaction of these same Commies would be

Harf said “nobody told her” about Obama’s sucking up to Hezbollah”....even though she was in on the Iran deal.

Big of her to admit she was nothing but air-headed window dressing as an Obama factotum. 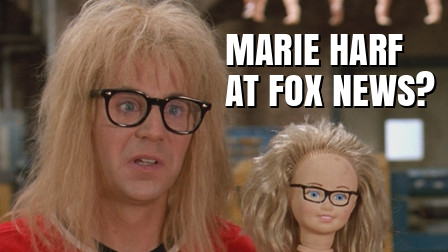 Yeah, but but Trump Jr spoke to some Russians one time