Several Democrat senators have used the confirmation hearings of the most exclusive club in America to lay down an unconstitutional requirement for qualification to public service.

At a hearing in June, Sen. Bernie Sanders questioned the fitness of Wheaton College alumnus Russell Vought for the post of deputy director of the Office of Management and Budget. Mr. Vought had written an article in which he said Muslims "do not know God because they have rejected Jesus Christ his Son, and they stand condemned."

Sen. Sanders accused Mr. Vought of religious bigotry, saying, "In my view, the statement made by Mr. Vought is indefensible, it is hateful, it is Islamophobic, and it is an insult to over a billion Muslims throughout the world."

Last week, progressive lawmakers showed more of their disdain for Christians during the hearing for President Trump's Seventh Circuit Court of Appeals nominee, Amy Barrett, a law professor at Notre Dame – and a devout Catholic.

"Whatever a religion is, it has its own dogma," said Sen. Dianne Feinstein (D-Calif.). "And I think in your case, professor ... that the dogma lives loudly within you, and that's of concern[.]"

Sen. Dick Durbin (D-Ill.) asked Ms. Barrett, "Do you consider yourself an orthodox Catholic?" The implication is that being an "orthodox" Catholic" disqualifies you from being a judge.

This line of questioning – or perhaps more accurately, this "inquisition" – amounts to a religious-based exclusion of Christians simply because of what they believe. There were no accusations of harmful behavior or violence toward anyone. Apparently, faith is enough to draw the ire of today's Democrats.

If they weren't so Bible-ophobes, they'd know what happens to the chaff.

Christians do so much good in all the world. The hatred & opposition boggles my mind. Indeed Satan is roaming.

The Man of Lawlessness

Now concerning the coming of our Lord Jesus Christ and our being gathered together to him, we ask you, brothers, not to be quickly shaken in mind or alarmed, either by a spirit or a spoken word, or a letter seeming to be from us, to the effect that the day of the Lord has come. Let no one deceive you in any way. For that day will not come, unless the rebellion comes first, and the man of lawlessness is revealed, the son of destruction,

I listened to Bernie’s comments. I was begging for Mr. Vought to quote:

John 14:6 Jesus saith unto him, I am the way, the truth, and the life: no man cometh unto the Father, but by me.

Mr. Vought could have then asked Bernie if the thought Jesus’ words and the Holy Bible were true. I would have enjoyed Berine’s reply because I don’t believe it would have done much to further his national political ambitions.

Likewise Islam is incompatable with the Hebrew Scriptures, for while Moses spoke of another like him whom God had promised it is clear that Mohammad, who was NOT an Israelite, doesn’t qualify to be said prophet.

As a Christian I inherently imply whenever I proclaim Christ that Non-.
Christians in this age do not know God because they have rejected Christ.

This is entirely consistent with the teaching in Revelation that, at the second judgment, while books may be opened to reveal the deeds and thoughts of men they are ONLY thrown into the Lake of Fire because their name is not found written in the Lamb’s Book of Life.

There is no middle ground between Christianity and Islam where both know God, none is possible. That is because Islam is of the spirit of Antichrist.

Those liberal FemiNazis, She-Men and Pink Pussy-Hatters are going to look great in their mono-tone burkas.

All our rights, liberties and freedoms that the developed west boasts are founded in the Judo-Christian faith’s cornerstone development, the Magna Carta.

“Sen. Sanders accused Mr. Vought of religious bigotry, saying, “In my view, the statement made by Mr. Vought is indefensible, it is hateful, it is Islamophobic, and it is an insult to over a billion Muslims throughout the world.”

THEN, he should have turned the question 180 degrees around; swapping ‘Christians’ and ‘muslims’.

Problem is our “side” has NO clue or desire to fight these morons effectively.

Unfortunately you are correct.

All one need do is compare the quran and The Bible.

The only good islam is a destroyed islam. 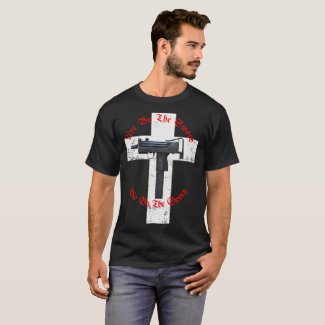 Satan's smoke emanates from the Vatican, the Pope has been transmogrified, and the celebrations to come seem a little closer day by Day.

That should have been "day by day" and "Interesting times" instead of what I wrote.

I know what you meant, and I am sure so did everyone else.

It is past time to publicly confront, as you wrote, our once public servants. Every nominee should be ready. Put the social justice jackasses in their place.