Inside Barack's sex-filled relationships before Michelle (more than you'll ever want to know)
NY Post ^ | May 7, 2017 | Larry Getlen

Throughout the late 1980s, Barack Obama dated a half-Dutch, half-Japanese woman two years his junior named Sheila Jager. During a weekend away, his friends caught a glimpse of how passionate a person young Obama could be - and how that passion could get out of hand.

"Rising Star" portrays young Obama as determined and inquisitive, while conflicted about his roles as a man and as an African-American. Both factored heavily into his early relationships - and his romantic destiny.

Over the following month, [another Obama conquest Genevieve] Cook kept a chronicle of their time together, including intimate details.

"Intercourse was pleasant, and in bed 'he neither came off as experienced or inexperienced,' she later recalled. 'Sexually he really wasn't very imaginative, but he was comfortable. He was no kind of shrinking 'Can't handle it. This is invasive' or 'I'm timid' in any way; he was quite earthy.'" Cook wrote two poems for him. One, "in alphabetical form, progressed from 'B. That's for you' to 'F's for all the f-ing that we do' to 'L I love you ... O is too.'"

The pair would party with friends. At times, both would snort cocaine, Garrow writes, although Obama seemed to be doing it more for the social-bonding experience than for any lasting affinity for the drug. 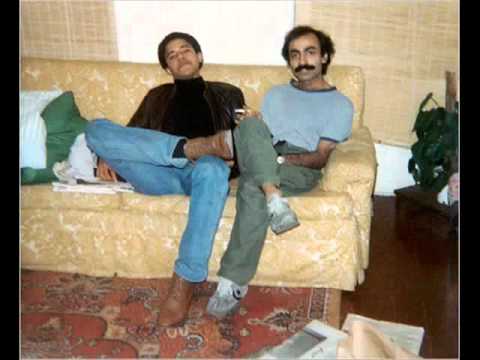 ... was doing it more for the social-bonding experience than for any lasting affinity ...

Why did the author forget the Larry Sinclair/barry soetoro back seat limo in chicago sexual events?

I think they know we are about to hear the whole truth about his shameful homosexual life. So they started putting out all these “Obama the womanizer” stories.

Try getting a job as a mall cop and see if prior use of cocaine keeps you from getting the job. You can be president tho, but gotta be black, muzzy, gay or all three, like bammy.

“Where da white women at?”

David Garrow is an unscrupulous Obama shill. I suppose he was fed this information (or perhaps just made it up) as a way of boosting the “legacy” among the libertines who are Obama’s core fan-club.

This book is a pathetic attempt to desensitize the American people regarding Obama’s homosexuality. Obama is clearly worried that the details of his homosexuality are undeniable and forthcoming. He knows that his entire “legacy” will be judged from this perspective.

In Honolulu he would accept cocaine for freebasing in return for permitting himself to be fellated, usually by older white men.

we can understand it because it would seem like some form of racial Justice to him:

The slave getting blown by the Plantation Master.

I've never seen Blazing Saddles from start to finish (must place that on my "to do" list) but I have seen parts of it.Wasn't that a line of the Sheriff when he first arrived in town?

13 posted on 05/07/2017 7:18:29 AM PDT by Gay State Conservative (Deplorables' Lives Matter)
[ Post Reply | Private Reply | To 6 | View Replies]
To: biggredd1
In Chicago’s Boystown gay community, older guys who frequented the little dive bars that have been around forever told tales back in the 2008 primaries about Barack Obama slipping out whenever he was in Chicago for romps at the local bathhouse “Man’s Country”. The details given in these accounts of his activities were substantial. Apparently, he went most often to this Andersonville neighborhood bathhouse on Wednesdays, and while there he was rumored to seek oral sex from older white men. According to the gossip, Barack Obama would never reciprocate in these encounters, but enjoyed being pleasured by older white guys. Evidently, he is not a giver and is something of a selfish bathhouse regular when not being the current President of the United States.
Read more at:http://tinyurl.com/7vlm7fp
14 posted on 05/07/2017 7:20:52 AM PDT by IWontSubmit (2)
[ Post Reply | Private Reply | To 3 | View Replies]
To: Zakeet
Racial issues were on Obama’s mind as well. “There is a reason why western man has been able to subjugate women and the dark races,” he wrote to McNear. “The ideology they present is backed by a very real power.”

If BO had been better educated, he might have stopped to realize that it was western man who ultimately liberated women and the dark races, because (with much struggle) western civilization developed an ideology that was backed by a very real power.

Of course, since BO is systematically hostile to that empowering and liberating ideology, he probably has never tried to follow that path.

First, that Michelle Obama is a glamorous, brilliant philantorophist supermodel and second , that Barak Obama is not a blatant homosexual

Sheriff Bart and the Waco Kid were looking for a way to infiltrate Hedley Lamarr’s thug-recruitment event. At the end of the line were a couple of Klansmen in full robes and hoods...to draw them into an ambush (and get their robes), the Waco Kid hold up Sheriff Bart, who announces that line nice and loud.

No one ever asked Obama when the last time he did cocaine.

Bill Ayers encouraged the members of the Weather Underground to engage in partner swapping and homosexual sex. He said it was to smash the patriarchy, smash monogamy, and create an army of lovers.

At least one of the women now claims it wasn’t always consensual sex.

Free love isn’t free and those against monogamy find the act of refusal (saying no) to be a hostile act of rejection.