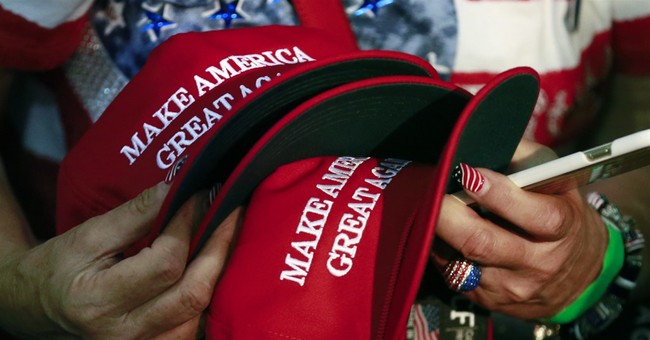 Many Hillary Clinton voters have ceased communicating with friends, and even family members, who voted for Donald Trump. It is so common that The New York Times published a front-page article on the subject headlined, "Political Divide Splits Relationships -- and Thanksgiving, Too."

The article begins with three stories:

"Matthew Horn, a software engineer from Boulder, Colo., canceled Christmas plans with his family in Texas. Nancy Sundin, a social worker in Spokane, Wash., has called off Thanksgiving with her mother and brother. Ruth Dorancy, a software designer in Chicago, decided to move her wedding so that her fiancé's grandmother and aunt, strong Trump supporters from Florida, could not attend."

The Times acknowledges that this phenomenon is one-sided, saying, "Democrats have dug in their heels, and in some cases are refusing to sit across the table from relatives who voted for President-elect Donald J. Trump."

A number of people who voted for Trump called my show to tell me that their daughters had informed them that they would no longer allow their parents to see their grandchildren. And one man sent me an email reporting that his brother-in-law's mother told him that she "no longer had a son."

All of this raises an obvious question: Why is this phenomenon of cutting off contact with friends and relatives so one-sided? Why don't we hear about conservatives shunning friends and relatives who supported Hillary Clinton? After all, almost every conservative considered Clinton to be ethically and morally challenged. And most believed that another four years of left-wing rule would complete what Barack Obama promised he would do in 2008 if he were elected president -- "fundamentally (transform) the United States of America."

In other words, conservatives were not one whit less fearful of Clinton and the Democrats than Democrats were of Trump and Republicans.

Yet virtually no conservatives cut off contact with friends, let alone parents, who supported Clinton.

Here are 10 reasons left-wingers cut Trump voters from their lives.

2. Many, if not most, leftists have been indoctrinated with leftism their entire lives.

This is easily shown.

There are far more conservatives who read articles, listen to and watch broadcasts of the left and have studied under left-wing teachers than there are people on the left who have read, listened to or watched anything of the right or taken classes with conservative instructors.

As a result, those on the left really believe that those on the right are all SIXHIRB: sexist, intolerant, xenophobic, homophobic, Islamophobic, racist and bigoted. Not to mention misogynistic and transphobic.

3. Most left-wing positions are emotion-based. That's a major reason people who hold leftist views will sever relations with people they previously cared for or even loved. Their emotions (in this case, irrational fear and hatred) simply overwhelm them.

4. Since Karl Marx, leftists have loved ideas more than people. All Trump voters who have been cut off by children, in-laws and lifelong friends now know how true that is.

6. The left associates human decency not so much with personal integrity as with having correct -- i.e. progressive -- political positions. Therefore, if you don't hold progressive positions, you lack decency. Ask your left-wing friends if they'd rather their high school son or daughter cheat on tests or support Trump.

7. Most individuals on the left are irreligious, so the commandment "Honor your father and your mother" means nothing to those who have cut off relations with parents because they voted for Trump.

8. Unlike conservatives, politics gives most leftists' lives meaning. Climate change is a good example. For leftists, fighting carbon emissions means saving human existence on Earth. Now, how often does anyone get a chance to literally save the world? Therefore, to most leftists, if you voted for Trump, you have both negated their reason for living and are literally destroying planet Earth. Why would they have Thanksgiving or Christmas with such a person?

9. The left tends toward the totalitarian. And every totalitarian ideology seeks to weaken the bonds between children and parents. The left seeks to dilute parental authority and replace it with school authority and government authority. So when your children sever their bond with you because you voted for Trump, they are acting like the good totalitarians the left has molded.

10. While there are kind and mean individuals on both sides of the political spectrum, as a result of all of the above, there are more mean people on the left than on the right. What other word than "mean" would anyone use to describe a daughter who banished her parents from their grandchildren's lives because of their vote?

I wish none of this were true. But there is a way to prove me wrong: Re-friend your friends and relatives who voted for Trump, and tell everyone who has ended relations with family members -- especially with parents -- to reach out to them and welcome them back into their lives.

(A previous version of this column appeared in the Jewish Journal.)

The most arrogant people I know are hard core libs. Never wrong, always someone else’s fault

And they’re cheap as hell too

If I had a family member who did this, I’d say fine — and don’t ever come to me if you need help. I’m finished giving these piss ant libs the benefit of the doubt. Family or not, they have only one chance with me.

I agree, none whatsoever

Daughter bans Nana and Papa from seeing the grandkids?

Fine. Whatever is in Grandparents estate skips a generation and put in a trust for the little ones, only to be distributed when they turn 40, after they had a taste of the real world.

A blessing in disguise.

I wrote a nephew out of my will.

No conservative has cut off Hillary because they have already cut everyone off for supporting Obama.

I got rid of all liberals friends years ago. They were nothing but a PITA anyway.

Libs believe conservatives are evil? I won’t say all libs are evil. But they support evil with their votes.

Will probably do the same with two nieces, depends on how their live shape up going forward. Or IF they shape up.

They supported Open Borders Hillary. Ask the Lib Relatives if they have locks on the exterior doors of their Homes.

If they do, they are Hypocrites, especially of they ban you from their Homes.

It was my experience at our family Thanksgiving celebration to be informed that there would be no politics spoken in conversation. It required quite an exercise of self control on my part to abide by the wishes of the 20 or more adults that gathered. Those who knew my support for Trump had to whisper to me their happiness it turned out so well for Trump.

I finally gave in to temptation. I told everyone my experience on election night; saying it was not politics—it was fact: I took my rockets out to celebrate Trump’s election and as they shot up to make their salute, I heard for miles around the sound of hundreds of fireworks going off in celebration. That is something I had never heard in my entire life. My liberal family members took notice. because they had never heard that happening either.

#7 is the real reason behind it.

People who refuse to even listen to conservative thought are emotionally and intellectually immature.

He forgot one big thing, most are pro union. Unions planned on going to the Supreme Court for a mandate to force all to pay union dues with new liberal judge/judges. This would lock in bennies and pensions for a very long time for those who couldn’t keep or get a job normally. That ain’t going to happen now. Unions paid a lot of money to elect Hillary and they are going to be toast.

Many planned on free college too. Parents and children.

“I got rid of all (my) liberal friends years ago.”

My liberal friends all got rid of me when I chose a lifestyle that was different from theirs. Upside for me is that I voted for Trump and so did all of the true friends that I have these days.

A lot of hard core libs have money because they are so cheap.

I can relate to this. My left wing parents, both radical feminists(yep, that includes my biological father) and what I call “evangelical atheist”, disowned me and my wife/kids based on my political views, being born again, and strong unwavering support for the 2nd(that last one was a biggie with them...my main ‘unforgivable sin’). That happened before Trump though. Mother passed away in ‘11 from Cancer not speaking to me. Biological father either for that matter. Liberalism is truly a mental disease.